Weather: hot in the morning and windy in the afternoon.

The usual pre-breakfast walk was very productive with a few new birds added to our list. After meeting at 6.30 am we headed directly to a nest of Lesser spotted Woodpecker which I had found upon my previous visit to the area about 2 weeks ago. Once at the site, it took us only a few minutes to see the little buddy. Awesome bird!

After the successfully accomplished mission we headed back to a spot for seawatching. It is surrounded by scrub and bare trees which are perfect for spotting birds. We managed to get a flock of 20+ Yelkouan Shearwaters and 2 Black throated Divers. Just when we were heading for breakfast i heard a Syrian Woodpecker from the surrounding trees. That’s another new Species for the list.

We had a fantastic breakfast on the terrace of our hotel and soon headed north for another highlight of the trip: Paddyfield Warbler. Once at the site it took us some 15 min to locate a bird. However, only one of the group saw it so we continued looking. Just a 100 m down the track 4 birds were chasing each other. That’s where everyone managed to get on the birds and enjoy them. The Paddyfield Warbler was the last of the really wanted birds for Jeanne. Thus we made it three out of three.

While watching the Paddyfield Warbler we heard a Savi’s Warbler. That was the next on the list. It took us only a few minutes to locate the bird and it sat obligingly for minutes out in the open for everyone to enjoy.

We continued down the track along Durankulak lake and kept seeing Ferruginous Duck, Purple Heron, White-winged Black Tern and Whiskered tern. A flock of about 20 Rose-coloured starlings flew past as well. What a wonderful morning!

After this exciting birding and hot weather we decided to play with the tradition and sit for coffee and ice-cream on the edge of the coast. After the refreshment we went to the Western side of the lake where we had information for an Osprey but failed to find it. Instead, we saw Long-legged Buzzard, Stonechat, Lesser Grey Shrike, lots of Turtle Doves but no Osprey. 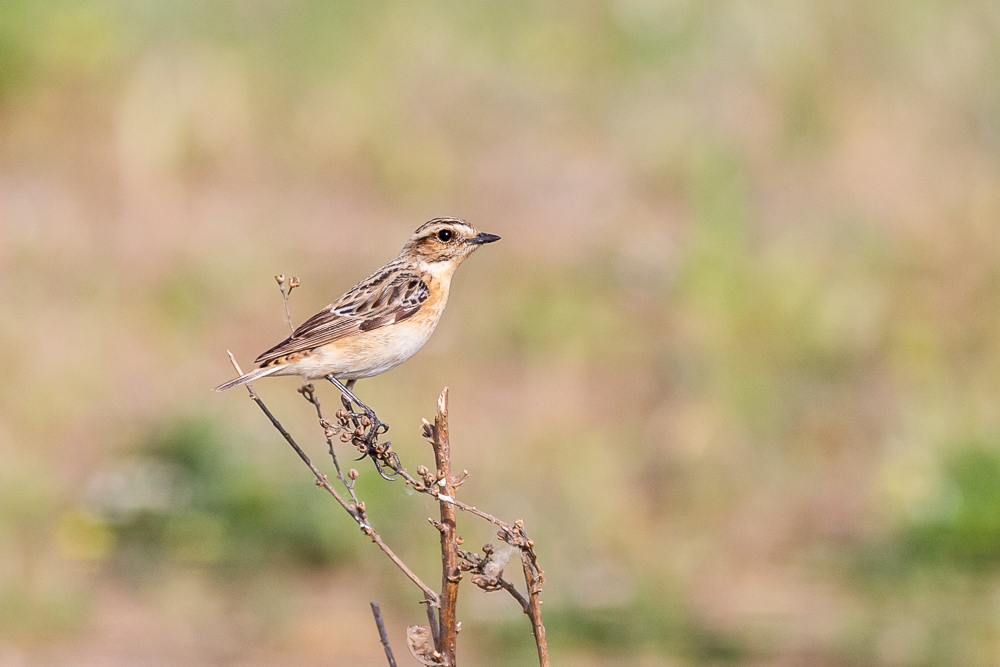 In the afternoon we visited Shabla lake where we added Garganey to our list. It was time to change the habitat so we headed to the steppe further south. It was high time to see Isabelline Wheatear and Short-toed Lark. The songs of larks were amazing. They were echoing from everywhere. In the steppe we were also looking for a Stone Curlew but our first attempt wasn’t successful. After a refreshing drink in the nearby village we managed to locate one bird not far from the road. A real stunner!

It was late in the afternoon so we decided to make another visit to the Eagle Owl site. After an hour or so scanning we decided to give up but saw a Tawny Pipit. We though it would be better if we try again early on the following day on our way to Sofia. Thus we called it a day and headed to our hotel.