Some great new sightings today as we reach the Eastern Rhodope Mountains in glorious weather..............

Our early morning walk was to a local park just a couple of hundred meters from the hotel. It was a glorious morning, clear blue sky, no wind and a nice temperature. Our mission was to try to find woodpeckers and Scop’s Owls. It took us a while but we found one roosting Scop’s Owl and a Syrian Woodpecker which was visiting a nest hole. 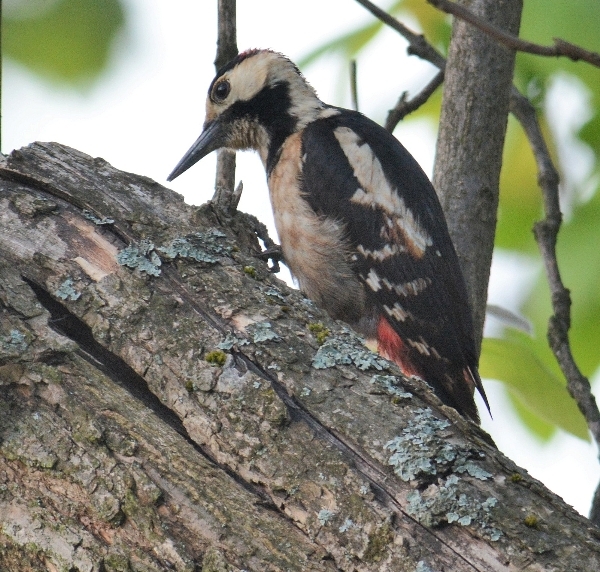 From Krumovgrad we drove just a few kilometers out of town to visit a beautiful river valley, it was superb, the terrain was wonderful, scrubland on both sides of the road, one side leading down to the Krumovitsa River the other side led up to some high hills with steep cliff faces and craggy nooks.

The bird song was prolific we spent a good while in one place sorting them out. Along the approach track to the valley we saw White Stork, Roller, Hoopoe, Bee-eater and Red-rumped Swallow.

During the first 30 minutes once out of the bus we found Red-backed  & Lesser Grey Shrikes, Common Whitethroat, Eastern Olivaceous Warbler, Black-headed Bunting, Corn Bunting, Golden Oriole, Turtle Dove whilst Common Nightingales sang from most thickets. A Barred Warbler was a crowd pleaser and a lifer for some of the group. 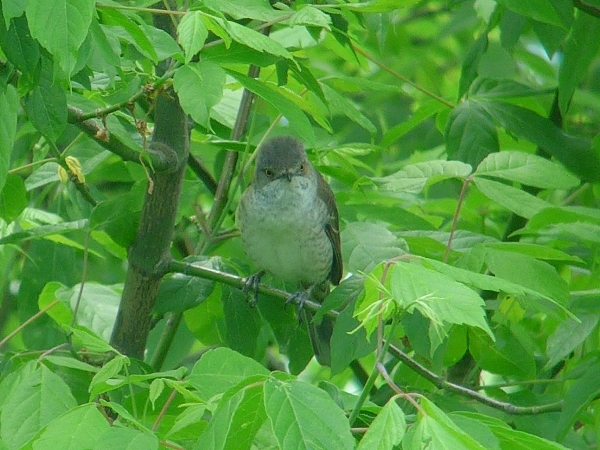 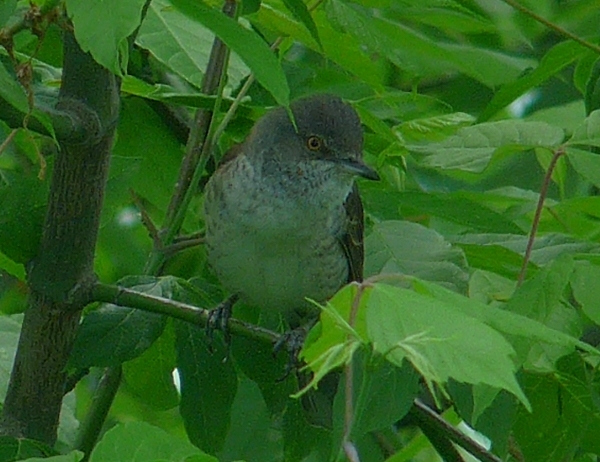 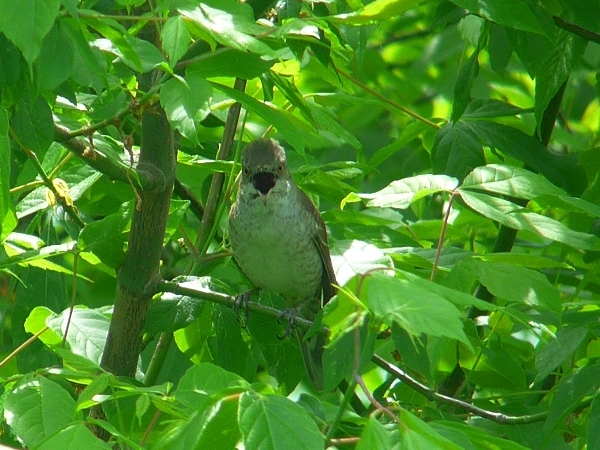 Overhead we saw Long-legged Buzzard, Common Kestrel, Hobby and both Black and White Storks. We drove further along the road to where it climbed a rise into the hills and from where we had great views of the river and we were much closer to the craggy hills. From this vantage point we found Black-eared Wheatear, Chukar, Ortolan Bunting, Grey Heron and over the hills we saw Griffon Vultures, two more Hobbys, Common Buzzard and a few Alpine Swifts.

We boarded the bus after our 3 hour visit, to was a shame to leave such a wonderful place. After just 2 minutes in the bus we all piled out again when a call of “Levant’s Sparrowhawk” went up. Fantastic, this superb addition to our list was one of the main target species for a lot of the group. The bird decided to circle right over the top of us giving us a great display. 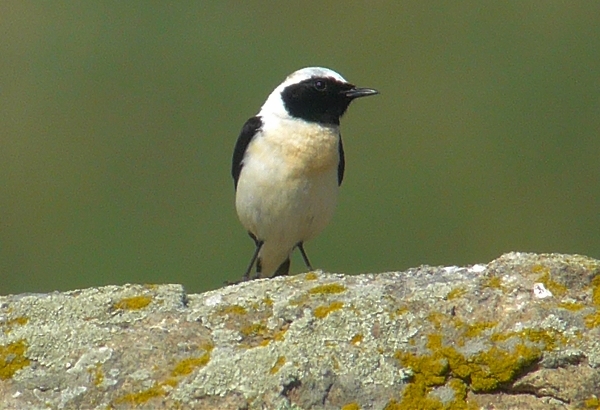 We set off for our next destination the huge crater just outside of Madzharovo, we made a couple of stops along the way, the second one produced marvellous views of Barred Warbler.

We stopped to eat our picnic lunch in the ‘crater’ but as we were surrounded  by magnificent volcanic peaks most of our lunchtime was spent looking at raptors. We found many Griffon and Egyptian Vultures, Eurasian Sparrowhawk, Common Kestrel, Common and Long-legged Buzzard. Many butterflies were on the wing too and this interested some of the group, we found Knapweed Fritillary, Brown Argus, Small Heath, Eastern Festoon and a few Blues. 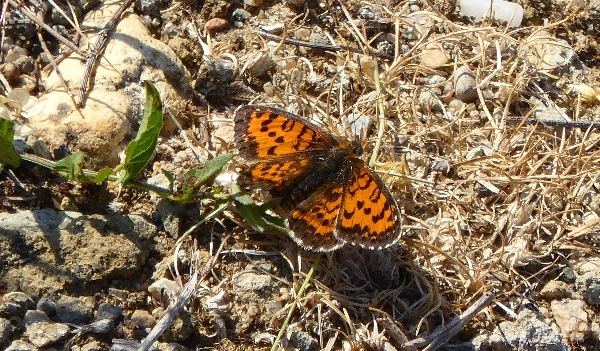 Our birding began again in the scrub at our picnic site, we found Red-backed Shrikes, Black-headed Buntings, our first Orphean Warbler and another very showy Barred Warbler this one was performing its display flight.

Before exploring the crater area further we headed off to a track on the other side of the town, this track followed the course of the river but was much higher up giving us great views of the wooded hillside below us. We found a Golden Eagle perched high on a rock and several Eastern Bonelli’s Warblers in the tree. Our efforts to find Lesser Spotted Woodpecker went unrewarded. 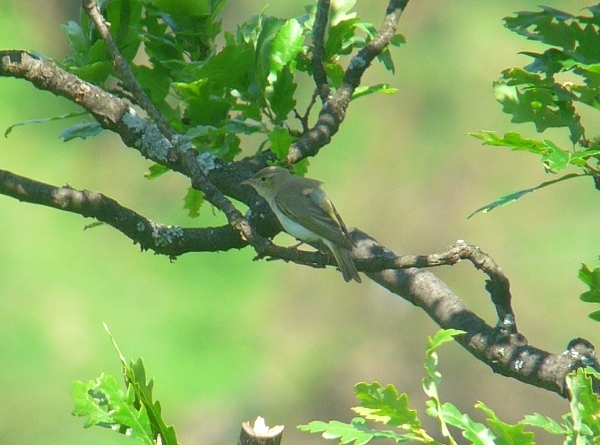 Our last birding of the day was spent walking along the road back in the crater area, it was quite hot even at 4pm, consequently the bird-life was quiet too. We saw fleeting glimpses of Subalpine Warbler and a Green Woodpecker and the vultures showed well again. A Black Kite flew low over us and a Long-legged Buzzard performed its display flight high up. 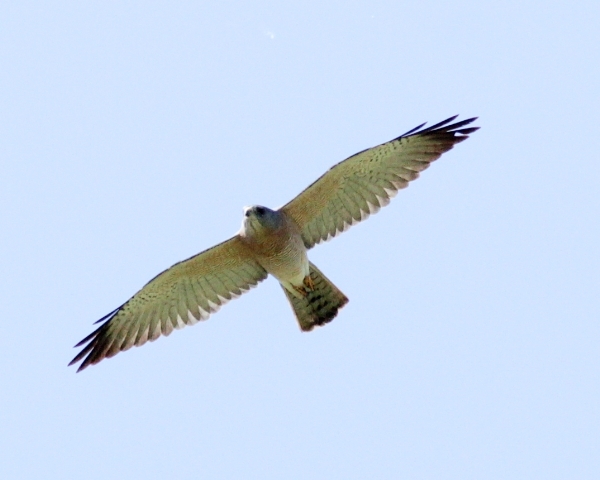 Before going to our hotel we made one final stop, it was beside a huge volcanic outcrop that towered a 100 metres or so above the road. We searched for Blue Rock Thrush and Ortolan Bunting without success, but we turned up a Western Rock Nuthatch which was visiting its nest of mud stuck to the rock face. 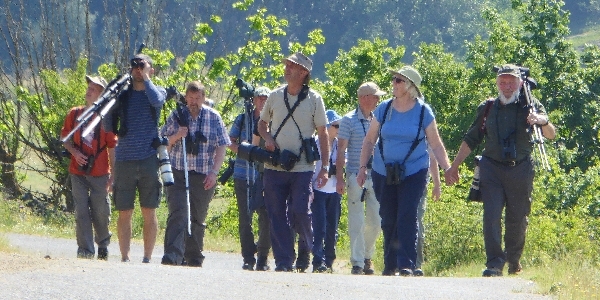 That concluded our birding for the day we drove the short distance to our hotel arriving around 6pm. Donner was served at 7:30pm which we all enjoyed, washed down with a nice cold beer.