We went for quality rather than quantity today as we drove down to the Turkish border to some pristine forest to look for woodpeckers.......

In complete contrast to yesterday we went for quality not quantity, our targets were just a handful of species and we had to travel a long way to look for them.

We headed to the deep south travelling to huge oak and beech forests  near the Turkish border to look for White-backed and Grey-headed Woodpeckers.

But before that we took another pre-breakfast walk, this time we walked through the suburbs around the hotel and onto a track that led into some scrubland. A pair of Golden Orioles showed well before a Hobby dashed along the row of gardens, it was probably after a Martin for breakfast.

We had excellent views of 3 Hawfinches, before finding a new species for the list, a Pied Flycatcher, female. Finally we found a Willow Warbler in the scrubland our first for the tour. 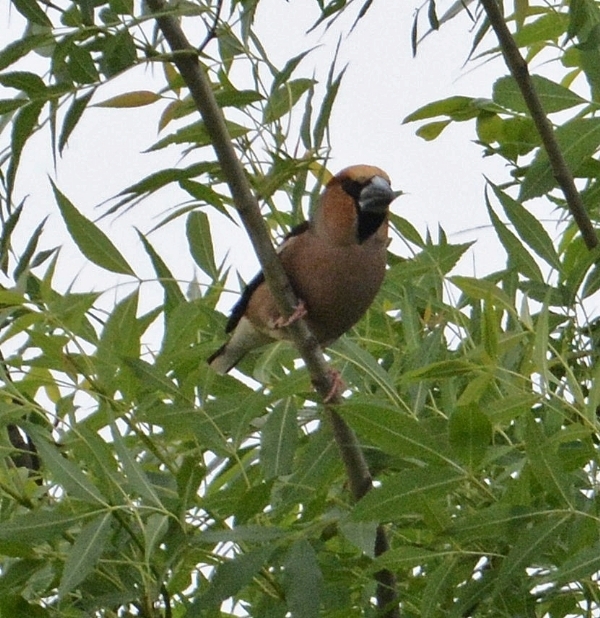 Before returning to the hotel we decided to try to see the River Warbler that was heard for the last two mornings. We were a little more successful this time as the bird showed itself briefly to some of the group.

After breakfast we boarded the bus and headed south, it took nearly two hours to get to our destination so we were eager for a walk once we got there. Our walk took us through prime oak woodlands mixed with a few beech and other deciduous trees and it wasn’t long before we found a few woodland birds. Short-toed Treecreeper, Great Tit, European Robin and Blackcap were seen or heard. The path led us down a gentle incline into older forest where we heard Grey-headed Woodpecker but couldn’t see it and we saw Eurasian Chiffchaffs dropping from the trees to their nest in the grass. A bonus bird at the bottom of the dell was Semi-collared Flycatcher, a pair were moving around a nest hole giving excellent views and on the way back up we watched a family party of Eurasian Nuthatches. 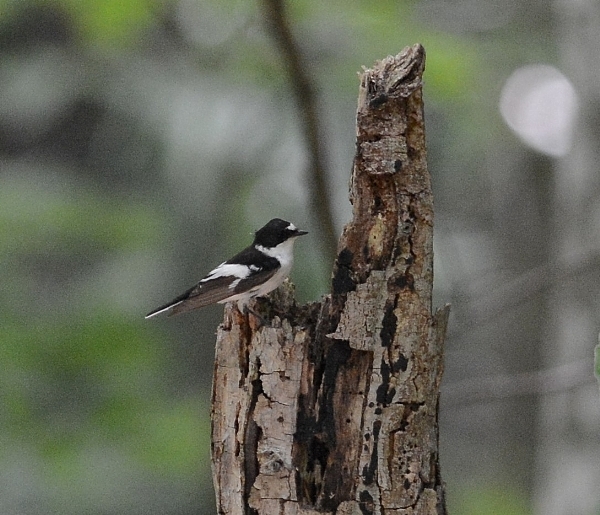 We had our picnic lunch back at the start of the walk and during that time a large woodpecker flew across the track and into some nearby trees, a quick dash by most of the group resulted in very brief views of White-backed Woodpecker confirmed by its call.

Our second stop in this woodland area was much nearer to the border with Turkey, we stayed on the road and birded from there. Much older woodland dropped away below us giving us a greater area to view. Almost at once a Grey-headed Woodpecker called very close to us, but again we were disappointed with only fleeting glimpses, this happened a couple of times.

We enjoyed views of Common Redstart, lots more Semi-collared Flycatchers and we saw our first Wren but not much else. At 3:30pm we set off back to Bourgas arriving just after 5pm.

We spent almost an hour birding at the salt pans where we added a few new species to our list, these included: Little Gull, Slender-billed Gull, Eurasian Curlew and a Penduline Tit was seen in the scrub nearby.

All in all the group decided that they enjoyed the woodland but it wasn’t worth travelling for so long for so few species.

The trip total crept up to 177 today, we have a few more new species to see before we travel home in 3 days’ time.