Our final day produced another 10 new species taking the total over the 200 mark, a male Bearded Tit was voted as bird of the day.......

Our final day’s birding had arrived, I can’t believe how quickly it had come around. We met up at 6am for a walk in waste ground next to the hotel and also the cliffs which overlook the beach. I must say that the weather was just dandy, clear sky, absolutely no wind and a nice temperature, we were very lucky as it can be very windy there. 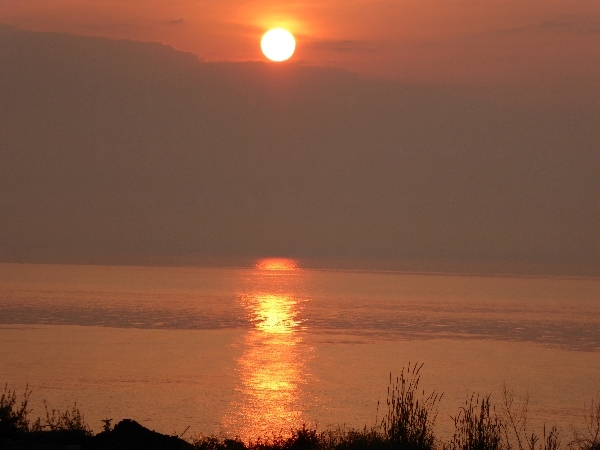 SUNRISE OVER THE BLACK SEA - taken from the cliffs at Krapets

Our walk in the scrub produced a number of warblers such as Lesser Whitethroat, Common Whitethroat, Barred Warbler, Olivaceous Warbler, Willow Warbler and a few of the group heard River Warbler but it failed to show. Red-backed Shrikes were on every bush whilst European Golden Oriole, Common Cuckoo and Common Nightingales called from the trees.

Two or three Hobby sightings were nice as were a number of European Bee-eaters as they fed above us, a short sea-watch produced nothing of note but one of our target species was found on the way back to the hotel, it was a Pied Wheatear, we had great views of a stunning male. 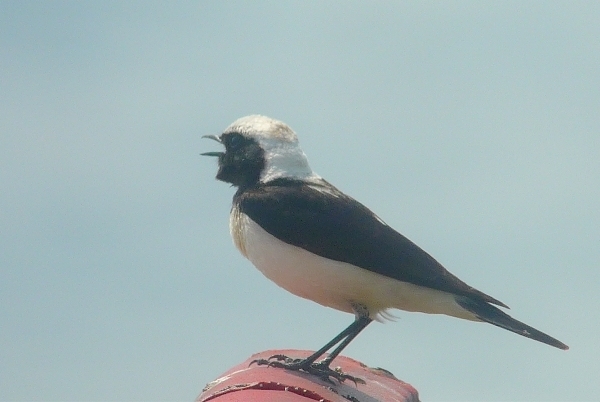 It was still perfectly calm as we reached Durankulak, perfect for looking for bird species in the reed-beds. We parked up and walked along the beach to some large sand mounds, from the top of the mounds we had great views over the marsh and reed-beds. I have never seen or heard as many Great Reed Warblers in my life, dozens were singing and dashing about in the reeds. We also saw Reed Warblers, Spanish Sparrows, 4 Common Cuckoos and in the pools there were Ferruginous Ducks, Garganey, Moorhen, Eurasian Coot, a couple of Squacco Herons dropped in and Purple Herons flew around the marsh. Our first Little Bittern of the trip appeared on top of the reeds, which was a great sighting. 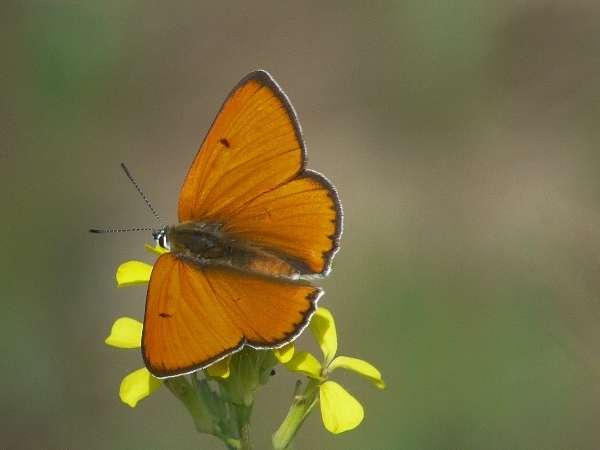 Having no sight nor sound of our main target species the Paddyfield Warbler we continued along the beach to search further along the large reed-bed, during this time we saw a couple of large mixed flocks of White-winged Terns and Whiskered Terns also several raptors flew over including: Hobby, Red-footed Falcon, Marsh & Montagu’s Harriers and Common Buzzard.

A male Bearded Tit stole the show this morning by showing extremely well and being so confiding that the photographers had to step backwards to 'shoot' it because it came so close. 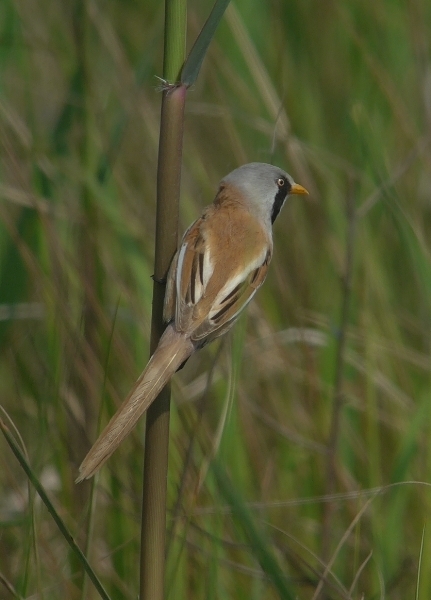 After a couple of hours we gave up on the warbler and birded in the compound of a run-down campsite next to the car park, we found Golden Oriole, Spotted Flycatcher, Blackcap but not a lot more. An ice-cream/coffee break at the beach restaurant was most welcomed, we watched a pair of Pied Wheatears during this break.

Next we drove to Shabla where we ate our picnic lunch before walking down to the lake. Quite a few ducks were out on the lake, mostly Ferruginous and Garganey but we also a found a single Eurasian Wigeon, Mute Swans with cygnets and lots of Great Reed Warblers. 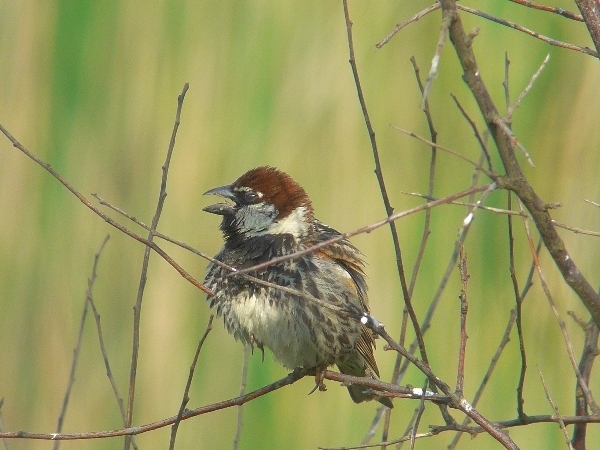 In the scrub along the track to the lake we found a few migrants and a lucky few had sightings of a Red-breasted Flycatcher. From Shabla we moved on to our last birding location of the whole tour, the Cape of Kaliakra and the surrounding steppe.

During the journey between all the sites today we searched high and low for Rose-coloured Starling, every power-line, all the cherry orchards and grape vines were scrutinised  in vain, we couldn’t find a single one. 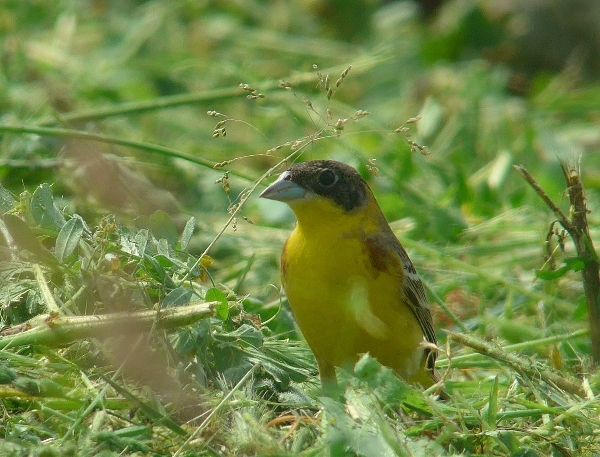 At Kaliakra Cape we joined throngs of tourist to look at this historic site, it had ruins dating from the 12th century with a castle and large battlements as well as the most beautiful cliffs and flower meadows. Pied Wheatears breed there we also saw large flocks of Yelkouan Shearwaters gliding passed the Cape at least 300 passed whilst we were watching. A few Eastern European Shags (desmarestii) were present on the rocks below the cliffs and in the surrounding water and we saw a good number of Bee-eaters, Alpine Swifts plus a few Red-footed Falcons that drifted over.

Finally we spent an hour on the Kaliakra steppe, actually it’s pseudo-steppe, more like flat grassy plains, but full of birds nonetheless. Larks were abundant, especially Calandra Larks they perched on low mounds or shrubs delivering their melodic afternoon renditions. Also Skylarks and Short-toed Larks were present, joining in with choir practice, the odd Tawny Pipit turned up and Isabelline Wheatears dashed about. We had great views of at least 3 Hoopoes but the real prize and our top target species was the Stone Curlew, despite not showing well it was our bird of the ‘steppe’. 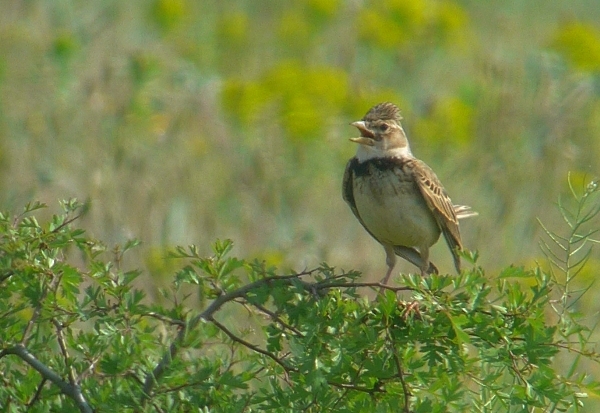 As we prepared to board the bus we found a small ‘flock’ of Whinchats, at least 5 were seen, also Turtle Doves and Rollers put in an appearance.

Our very last new species of the tour was Grey Partridge, 2 were found in a ploughed field next to the road as we made our way back to our hotel in Krapets but even though we made a thorough search we could not find a Rose-coloured Starling. 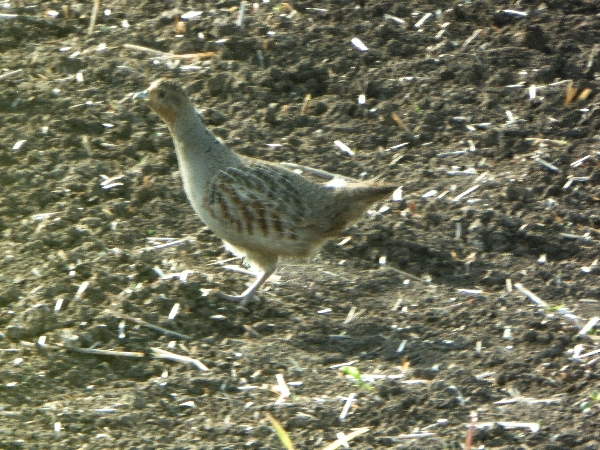 record shot through the bus window of GREY PARTRIDGE