It was a morning of ups and down, highs and lows, both physically and mentally which matched our bird success and failures in the field. We started at 6am and headed down the valley in the buses, our aim was to get to a track which we intended to walk along to look for HAZEL GROUSE. Well, we had a full turn out of the group and I’m not surprised because the Hazel Grouse is a ‘biggie’ for us.

We arrived at the track, parked the buses and began our walk along a track through mixed woodland with some Hazel trees of course. We walked slowly and silently making frequent stops to scan the track ahead of us and we saw………….nothing!! No sight nor sound of a Hazel hen or grouse or whatever it is called. We walked for an hour and saw zilch, that was our low of the morning. 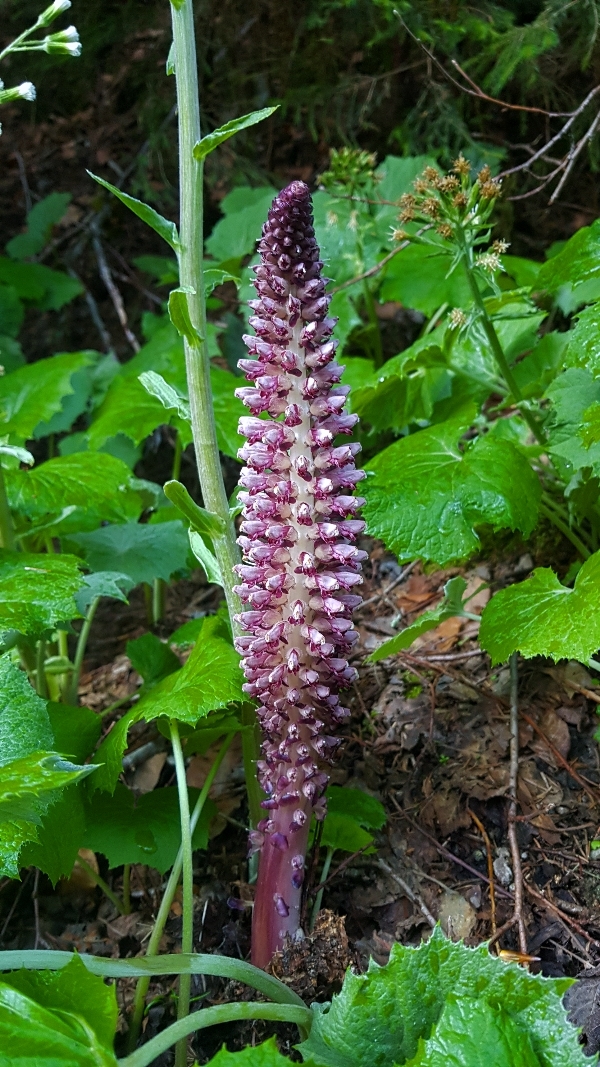 Ken White pointed out this rather spendid Broomrape, a parasitic species

Many common woodland species were heard, Robin, Wren, Blackbird, Blackcap, Chiffchaff, Mistle Thrush, Chaffinch, Coal Tit and we saw a few of those, but not a sniff of a grouse.

After a traditional Bulgarian breakfast of baked rice, yoghurt, jams and toast we packed up the bus and set off for the next stage of the trip. But Dancho had a little surprise for us, the road to the Trigrad Gorge was still open and we had another opportunity to look for the Wallcreeper, whoopee!!

My bus load arrived first because had to return to hotel with a couple of room keys that were taken by mistake, we parked the bus and within a few minutes we had very distant but brief views of the Wallcreeper and a Grey-headed Woodpecker was calling in the valley below us constantly.

When Dancho arrived with his bus and whole group was assembled we were treated to a magnificent Wallcreeper show!! It was amazing, we saw both male and female birds at eye-level across the gorge, they visited their nest site several times and spent a lot of time searching for and gathering nesting material, everyone saw them in the scope. The male would often sit still and sing whilst the female was building the nest, what a show and what a great experience, that was our high of the morning. 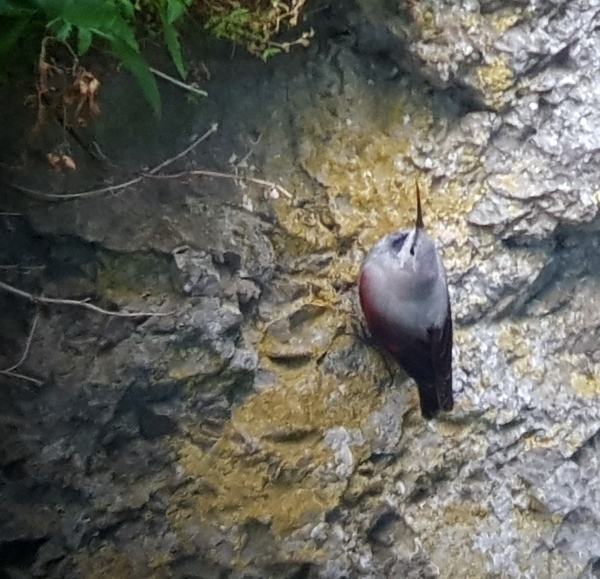 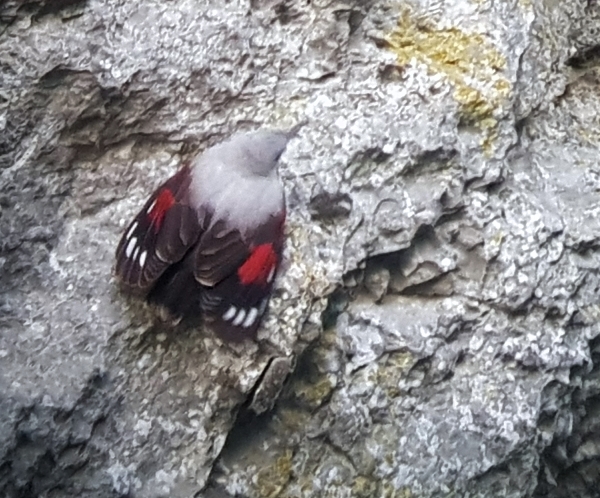 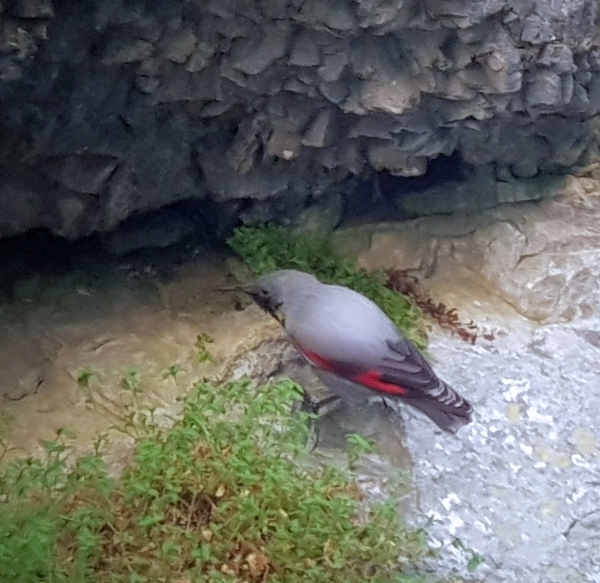 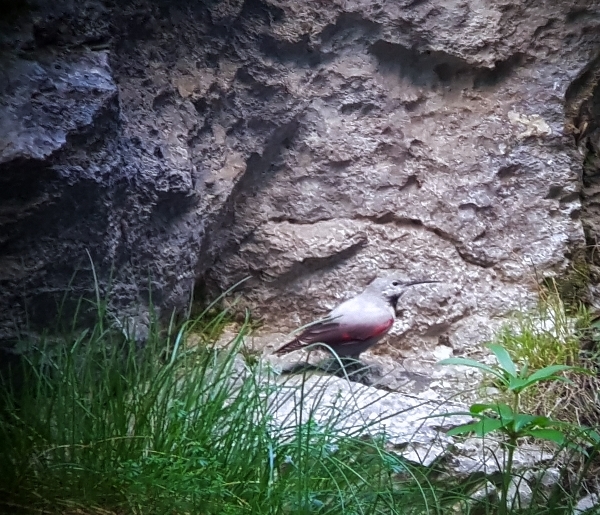 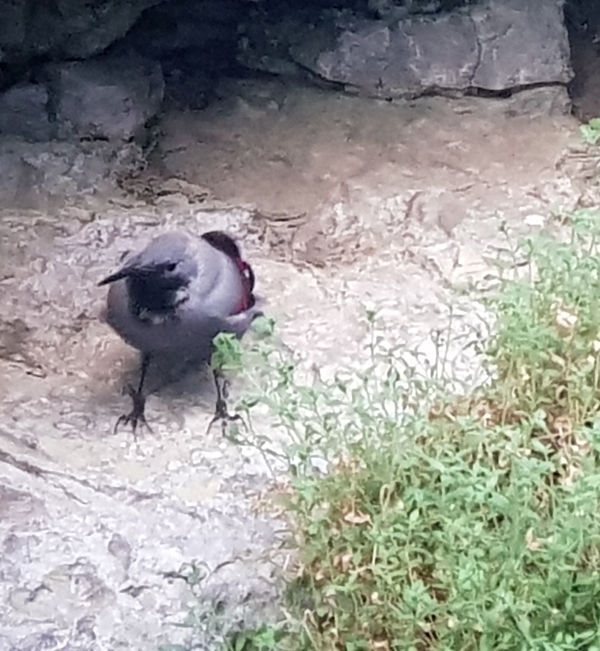 With reluctance we walked away from the still visible Wallcreepers and set off for our long drive to Krumovgrad. We spent most of the day on the road making several stops but not seeing too many species. At Prevala pass we stopped to look for Crested Tit in the pines, we saw very little there, we could hear a Ring Ouzel singing quite close by and we heard a Firecrest but we saw practically nothing except for a few Pallid Swifts. A couple of butterflies of note we seen, Queen-of-Spain Fritillary, Common Blue and Clouded Yellow. 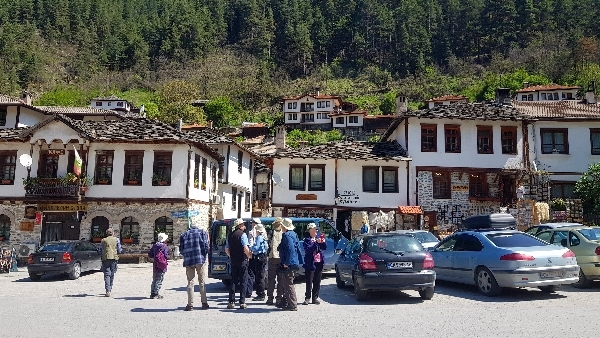 the group at one of our coffee stops

Along the road my bus load saw a Black Woodpecker flying above the leading bus, it landed in a roadside clump of pines. We stopped and saw it fly again, across the road and a valley before disappearing into a pine forest. 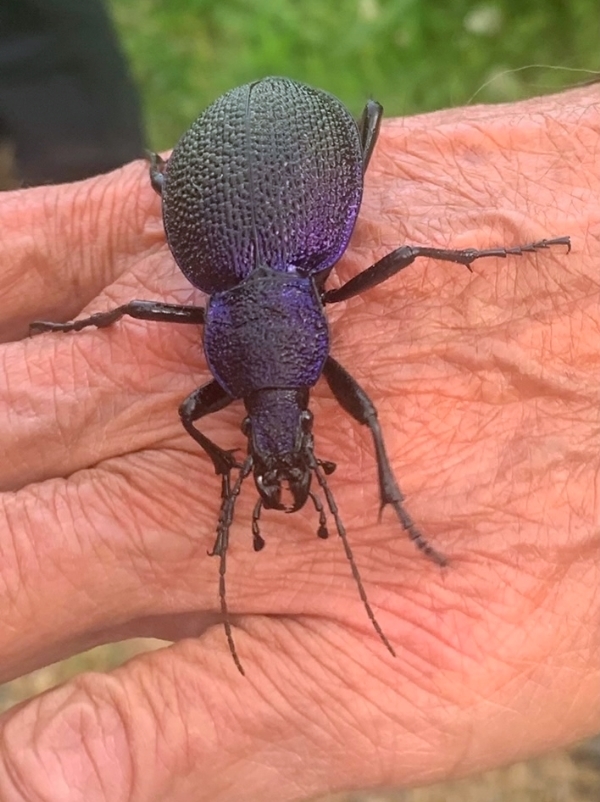 At Kardzhali in the mid-afternoon we stopped for another coffee break where we saw Little Egrets, Great Cormorants, Grey Heron (all quite distant). In the rolling hills above Krumovgrad we stopped to searched some promising looking open scrub habitat near the village of Zveldel, heavy rain clouds had gathered by then and large spot of rain were falling.

We heard a few more species but the windy, wet conditions were not conducive for bird watching. We had a brief view of Common Nightingale, we heard Cirl Bunting, Subalpine Warbler, Great Tit and four or five more Black Storks drifted over very high up.

We reached Krumovgrad around 5:30pm, it had been a long and winding road. But the frequent stops and the fascinating scenery kept us occupied. Many of the group remarked on the great extent of the deciduous forests we had driven through and the quiet roads we driven along.

Tomorrow there will be more birding than travel and we should finally start seeing a lot of species.