Our early morning walk was to a local park in Krumovgrad which has delivered a good selection of woodpeckers as well as regular Scop’s Owl sightings during previous visits. Today was a big disappointment! We only saw Syrian Woodpecker and no owls. 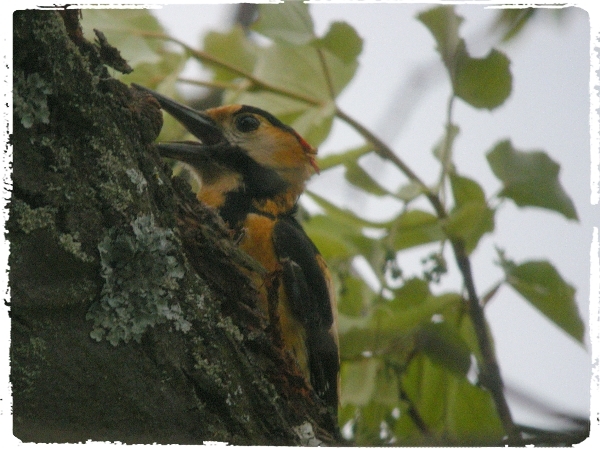 Syrian Woodpecker in the park, it has a strange orange hue to it!

So we decided to visit some waste ground near the hotel, there we fared much better, we saw: Olivaceous Warbler, Common Whitethroat, Golden Oriole, Hoopoe, Bee-eater, Common Nightingale and loads of Jackdaws. It was strange to hear such a wonderful chorus of melodic bird song in this post-communism dereliction, where crumbling and decaying buildings have become literally an urban jungle. 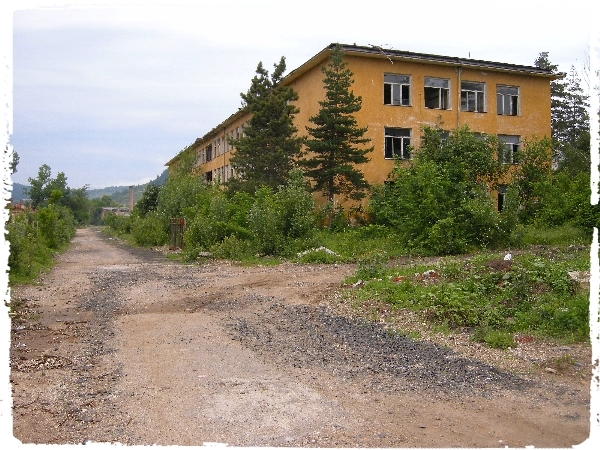 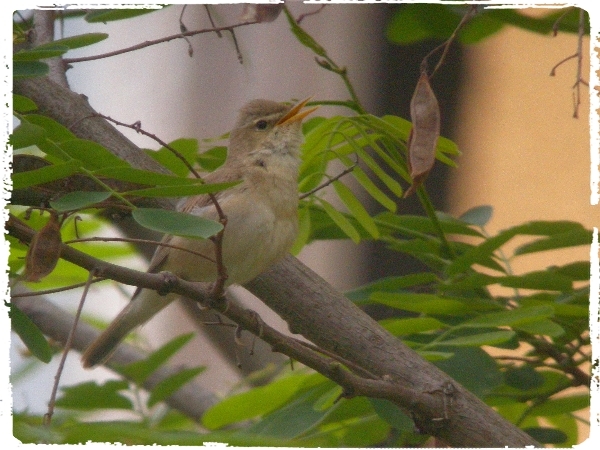 After checking-out of the hotel we drove a short distance to one of my favourite Bulgarian birding spots, it is a hudden valley a few kilometers out if town. A wide flat landscape rises on one side to steep sided cliffs, a river runs through the middle and open grassland, scrub, poplar woods, rocky scree and hedgerows form most of the valley, cultivated fields cover most of the far bank of the river. 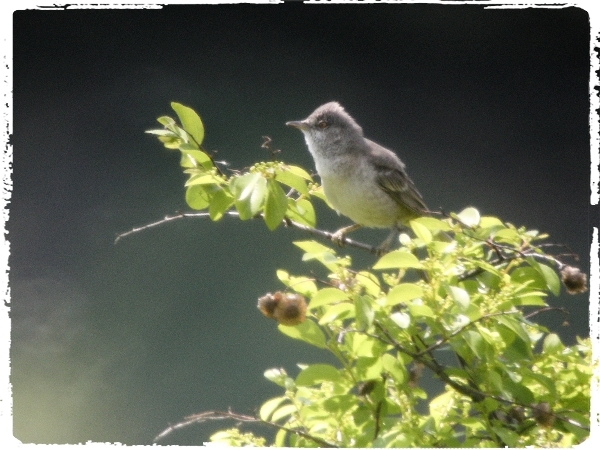 We had a lovely day in which to visit this marvellous place, a cloudy start developed into a beautiful spring morning with plenty of sunshine. I've yet to count, but we must had heard about 30 species of birds singing in that valley, that’s no exaggeration it was fantastic. Imagine Common Cuckoos, Turtle Doves, Hoopoes, Golden Orioles and Bee-eaters competing with Common Nightingale, Olivaceous, Orphean, Olive-tree, Barred Warblers and Common Whitethroats. Cirl, Corn and Buntings added to the chorus whilst Red-backed & Lesser Grey Shrikes, Hawfinch and Rollers, chipped in too. 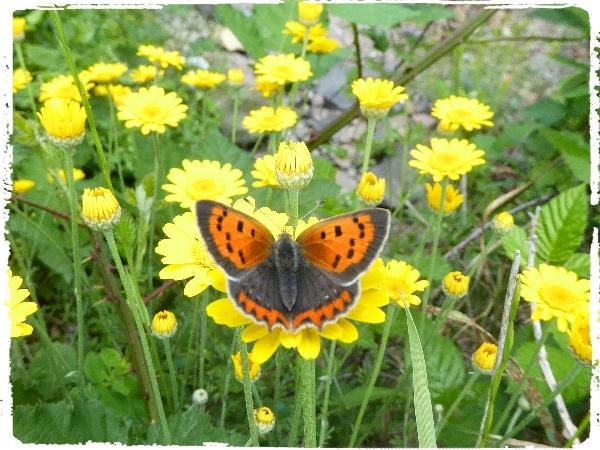 After an hour or so we had also listed some excellent raptors, a brief sighting of Levant’s Sparrowhawk topped a nice list: Hobby, Peregrine Falcon, Common Kestrel, Common Buzzard, Griffon & Egyptian Vultures along with both Black and White Storks. We walked a good way, the road climbed to reach a wonderful spot where a panoramic view of the river and surrounding fields could be had. We added Chukar, Green Woodpecker, Black-eared Wheatear and we searched for Rock Nuthatch without success. 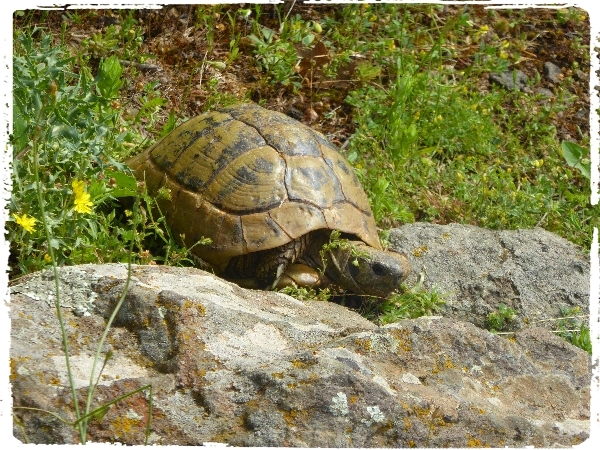 We really had to move on but it was so hard to drag ourselves away because apart from the superb birding the array of colourful wild flowers and the emergence of some wonderful butterflies made this place so special.

Back on the road we headed east to Madzharovo, our picnic stop was up in the hills above a small village where a Vulture Feeding Station had been established. We viewed the carcass of a cow from quite a distance where only crows and a single Egyptian Vulture fed. 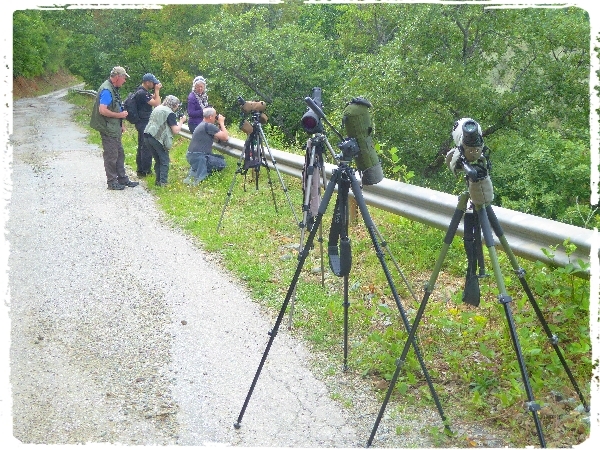 Moving on we made a successful stop near a huge rock face where we watched a pair of Rock Nuthatches visiting their mud nest, a Blue Rock Thrush and a mighty Golden Eagle sighting were bonuses. At Madzharovo we visited a track than ran high above a river and gave a wonderful panoramic views of the surrounding mountains, you could easily see the huge Caldera that is a major feature of Madzharovo. Our target here was Bonelli’s Warbler but whilst we heard a couple we never actually saw one. Raptors again featured in our sightings we added Booted Eagle to a growing list and enjoyed watching buzzards, vultures and storks.

Our final venue before driving to the hotel for dinner was the Caldera itself, it must measure 5 kilometers in diameter and about fifty percent of the sides still rises up some 100 meters or so. Great volcanic pinnacles provide nest sites and perches for the numerous vultures whilst Blue Rock Thrush, Rock Bunting and Ortolan Buntings nest in nooks and crannies. We saw all of those plus Chukar, Peregrine Falcons, Crag and House Martin, Barn andcRed-rumped Swallows.

Our guest house accommodation was another 10 km down the road, we arrived around 6pm and ate a lovely dinner on the terrace which overlooks a huge lake. A White Stork’s nest with its compliment of nesting Spanish Sparrows was just a few meters away. 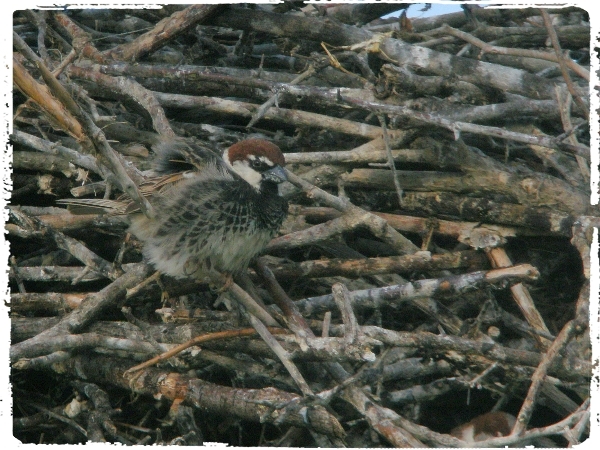 After dinner we went back to Madzharovo for an ‘owl prowl’, as we arrived we noted a Little Owl on a building, we heard several Scop’s Owl calling and a Barn Owl ‘screaming’. Soon we had both of the latter in the bins under torch-light. It was a great experience, in particular the group enjoyed seeing the Scop’s Owl fully out in the open and awake!

Our journey back to the guest house was just as exciting as we encountered several European Nightjars along the lane, one or two were perched on the tarmac and allowed a close approach again under torch-light, a lovely end to a very long day.