TRANSFER FROM BOURGAS TO KRAPETS WITH STOPS AT POMORIE – NORTHERN SALT PANS – GORITSA - TOPOLA Transfer days never produce big lists and at this stage of the tour we see very few new birds for the list……….

We began the day with an early morning walk to an area of the Bourgas Wetlands beyond the Airport, a few small pools with reed-beds and bushy scrub. Our target bird was soon in our sights as a pair of PENDULINE TITS were found visiting their beautifully constructed hanging nest. Also in the area we had a bonus find when a MARSH WARBLER started singing deep in the scrub, after some time we got reasonable views of it. A Golden Oriole showed very well as did Common Cuckoo, Great Reed Warbler and several fly-over species made up the rest of our pre-breakfast list. 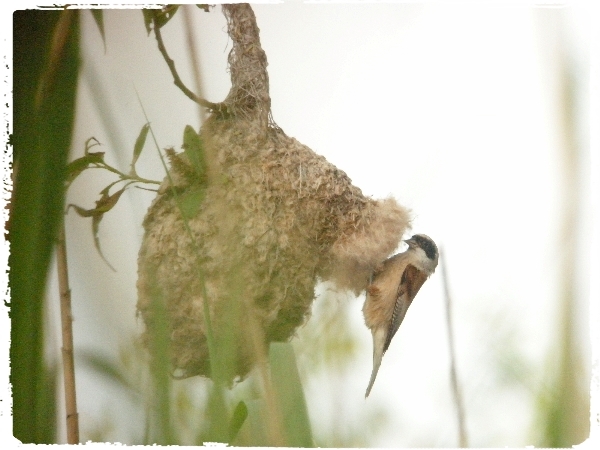 Penduline Tit at the nest

We packed our bags and set off for the trip northward, we planned to be out all day birding in several places along the way. The first stop was at Pomorie a developed area where a small nature reserve has been established along a bay of the Black Sea. Several tern colonies held hundreds of birds of three species, Sandwich, Common and Little Terns. We also saw lots of Great Cormorants with a few Pygmys too, Kentish Plover, Ruddy Turstone and a distant Black-necked Grebe were the best of other sightings.

Next we searched the northern salt pans for more wader species and we struck gold when we found a larger flock of BROAD-BILLED SANDPIPERS. We counted over fifty of them, a great find, there were also Curlew Sandpipers and Little Stints feeding with them. 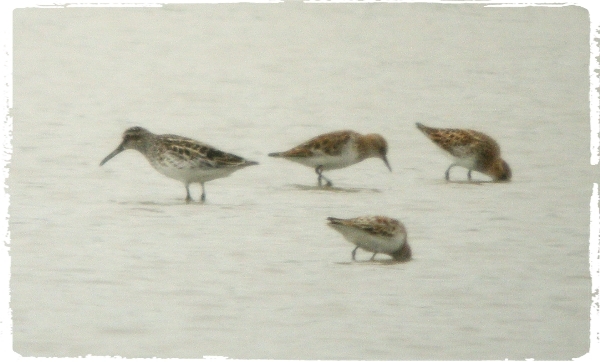 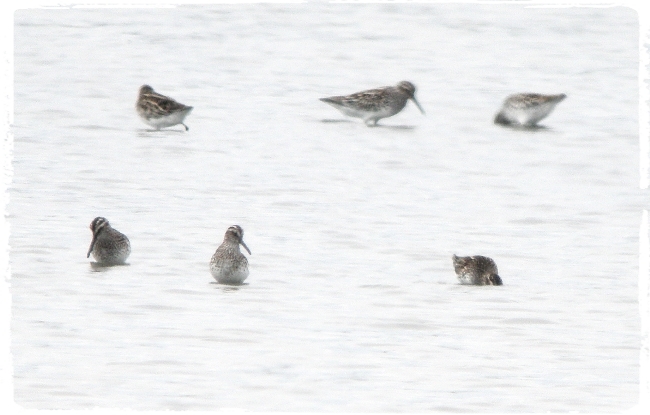 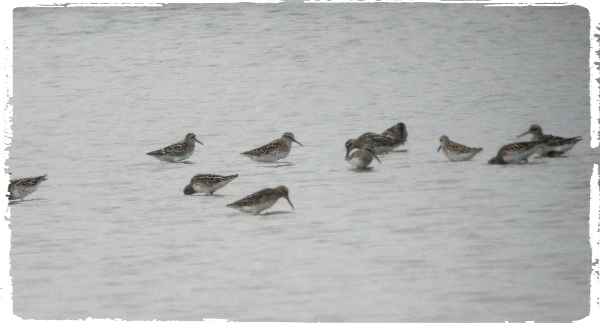 Further north we made two stops to look for Semi-collared Flycatcher a must-see bird missing from our list, the first woodland produced the goods. We had reasonable views of a pair but they were not showing that well, however, what we did see well was Middle Spotted Woodpecker, Eurasian Nuthatch, Common Nightingale and we heard a Yellowhammer singing. 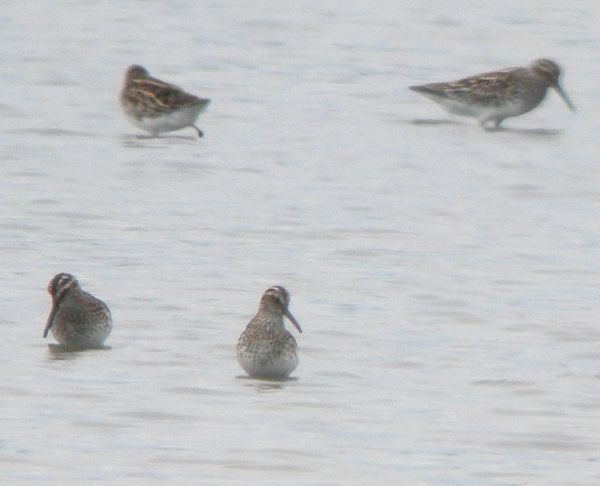 After we ate our picnic lunch, on the beach just south of Varna, we walked alongside a dense woodland hoping to see Black Woodpecker but one never showed. A Hawfinch sat out well and we had great views of a male Semi-collared Flycatcher, a Common Chiffchaff was also seen.

Some chalk cliffs near Belchik was our next port-of-call, we scanned the cliffs for an Eagle Owl, this is a regular spot for them and we have seen them there in the past. But after searching for an hour or so we never found one. 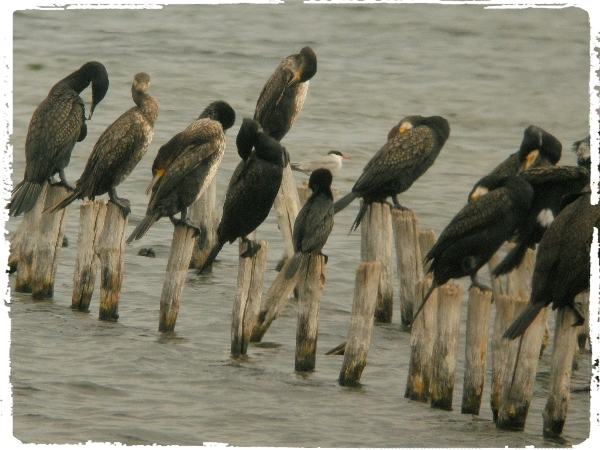 The last part of the journey took us off the main road and through some lovely agricultural land along a coastal strip. We were hoping to see Red-footed Falcons or Rose-coloured Starlings but none were about. Lesser Grey Shrikes were abundant and lots of Calandra Larks flew over the fields. We also saw Roller, Bee-eater, Hoopoe, Black-headed Bunting, Red-rumped Swallows, we had a close encounter with a Marsh Harrier and a Montagu’s Harrier flew high over the road earlier.

We arrived at Krapets for our two-night stay at around 6:30pm, the usual cold beer and a lovely dinner awaited us, our bird count revealed that we had seen just under 180 species, it’s going to be a push to clock up 200 but we are going to try.