At 6:30am we met for a pre-breakfast walk along the cliffs next to the hotel we hoped for a few new sightings but it wasn’t to be. Sea-watching was a disappointment it was very quiet not even a Black-throated Diver was out there. A colony of Bee-eaters kept us entertained as they flew around our heads at their cliff-top nest colony. Bird song and calls were led by Common Cuckoo and Golden Oriole joined Barred Warbler, Common Whitethroat and both Greenfinch and Goldfinch. A family of Black Redstarts fed around the hotel compound whilst the air was alaways alive with House Martins, Barn Swallows and the occasional party of Common Swifts. 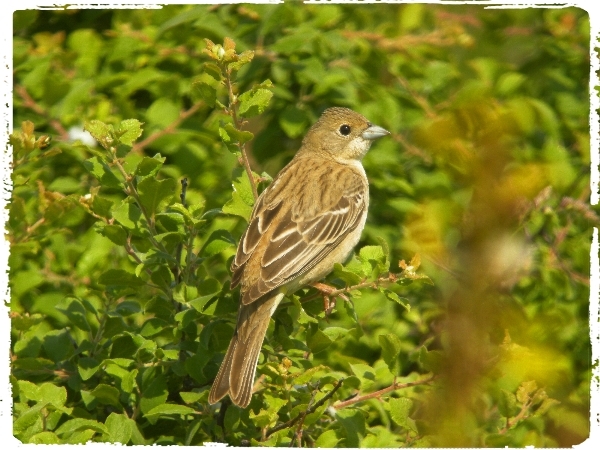 We enjoyed a Bulgarian breakfast before setting off to Durankulak which is a coastal nature reserve a short drive away near the Romanian border. The reserve comprises of a series of lagoons, reed-beds, a large  and agricultural fields lie immediately behind the beach, a great habitat for Acrocephalus warblers. We stopped to watch a couple of Red-footed Falcons on the approach track, such a beautiful bird received a lot of admiration from the group. A little further on we a very nice surprise sighting of a Red-breasted Goose, this bird should have migrated north a couple of months ago, a feral bird perhaps? We think not by the way it acted, very shy and wary, it flew over us and landed in a field, what a beauty. 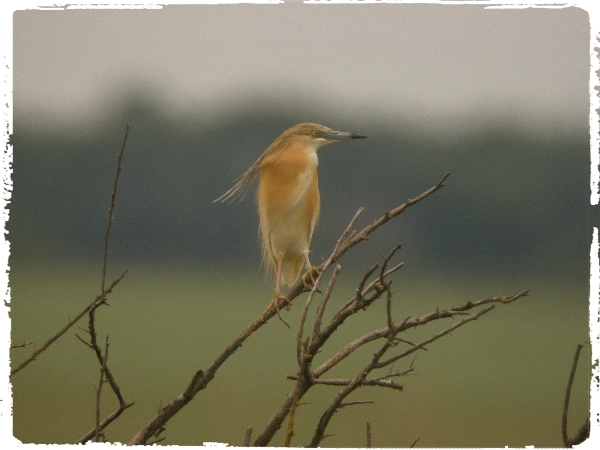 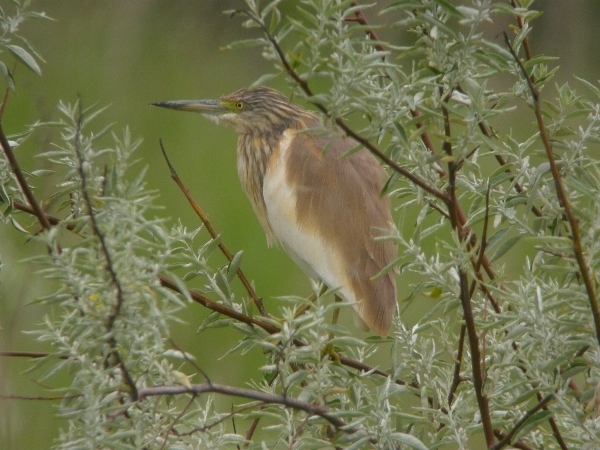 It just got better and better, the weather helped a lot, lovely sunshine and no wind the reed beds were perfectly still and full of sound. Within minutes we found a pair of Paddyfield Warblers, they showed intermittently but very well, that was number one target species on the list. Reed and Great Reed Warblers quickly followed then we heard a Savi’s Warbler buzzing, it took a while but the bird excelled itself by showing in the top of a dead bush!

During the first hour we were amazed at how much was going on around us, three Common Cuckoos vied for best perch, one of them even perched on a Crow’s nest! Seven Squacco Herons flew around the marsh posing nicely at times, Purple Herons and Ferruginous Ducks were not so obliging. Our first Rook of the trip flew over and two Whiskered Terns quartered the ponds, also a trip first. 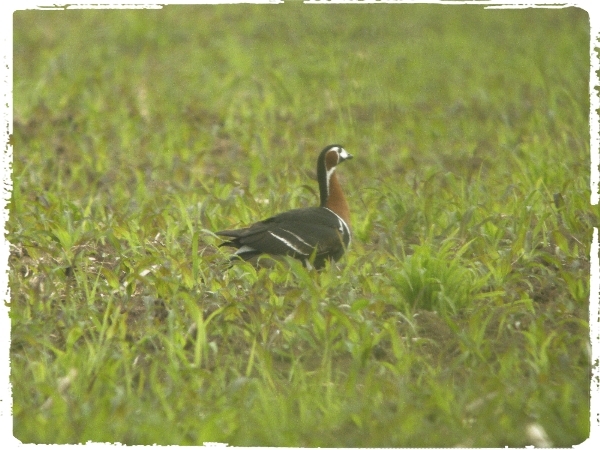 record shot of the Red-breasted Goose

Walking further along the beach we found Reed Bunting, more Paddyfield Warblers and we tried to track down a party of Bearded Tits but only one of the group saw them well. 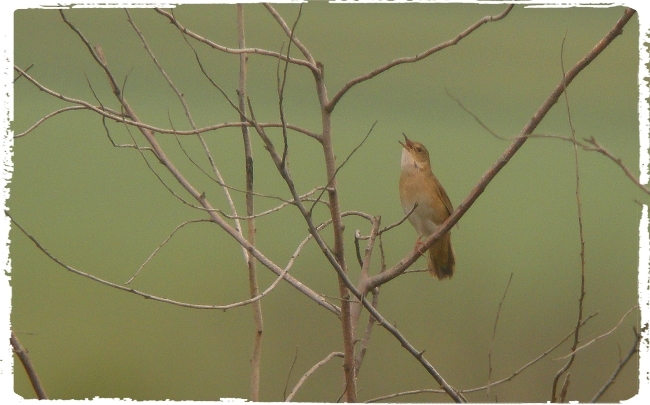 In addition to all the excitement in the reed beds a lot was going on along the beach and out at sea. We notched a Gull- billed Tern flying along the shore whilst dozens of Great Cormorants, Gulls, Terns, Swans and Grebes kept us occupied on the water. A pair of Little Stints and a Little Ringed Plover fed along the shoreline whilst White Wagtail and several birds of prey flew over the best of which was Hobby and Marsh Harrier, a sighting of White-tailed Eagle was anticipated but never materialised.

From Durankulak we drove south to Shabla noting Roller, lots of Lesser Grey Shrikes and to our great joy we found a couple of very confiding Grey Partridges. We ate our picnic lunch at the beach and whilst doing so we found our only Black-throated Diver of the trip, a summer plumaged that sat for quite a while preening. Sandwich Terns were also noted.

At the lake we never found anything new but we enjoyed the walk and saw about fifteen species in and around the water, the best of which was; Ferruginous Duck, Eurasian Spoonbill, Black-winged Stilt and in the scrub we found Lesser Whitethroat, Marsh Warbler (heard), Cetti’s Warbler and several Common Nightingales.

We then took the coast road to Cape Kaliakra making several stops along the way to look at perched birds or raptors in the sky. We stopped for a walk on the heath just outside of the village of Kaliakra and after about 30 minutes we had found our threes target species. On the track itself we saw both Short-toed Lark and Tawny Pipit within minutes but we had to walk to locate the star bird, Stone Curlew. 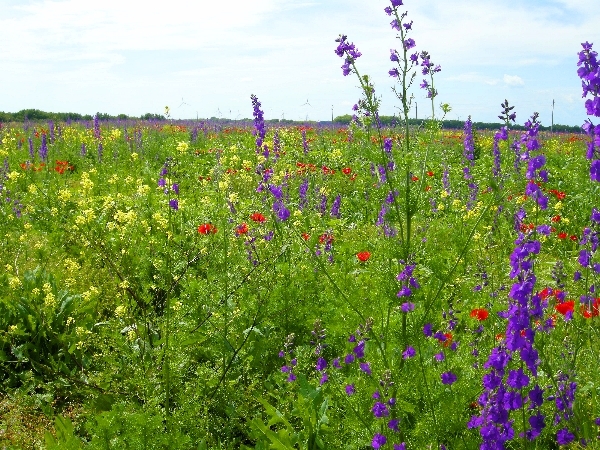 The incredible array of wild flowers near Cape Kaliakra

The Cape was heaving with tourists it was a beautiful sunny Sunday afternoon what else did we expect? It was difficult to park but once we did we never looked back. Pied Wheatears showed well despite the number of people walking passed them. We then had two surprises, firstly we found two Willow Warblers, a non-breeding migrant species which should passed through weeks ago, then we found a Red-breasted Flycatcher as a result of Dancho’s superb hearing skills. 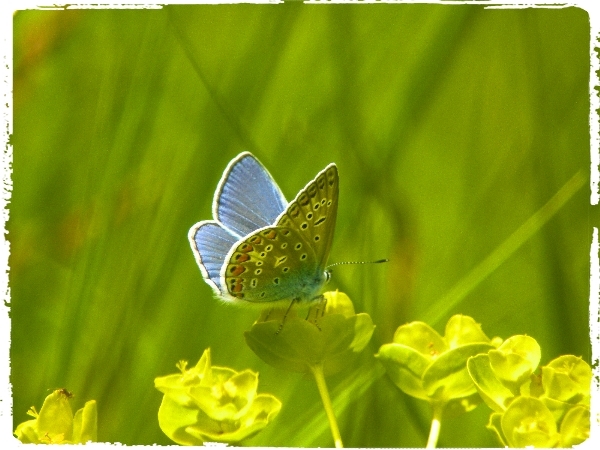 Thus livened us up somewhat and after watching Mediterranean Shags sitting on a rock we walk to the point of the Cape to sea-watch for a while. A long distance sighting of a Yelkouan Shearwater was our best effort although we did enjoy seeing Sandwich, Common and Gull-billed Terns. Bottle-nosed Dolphins and Harbour Porpoise. 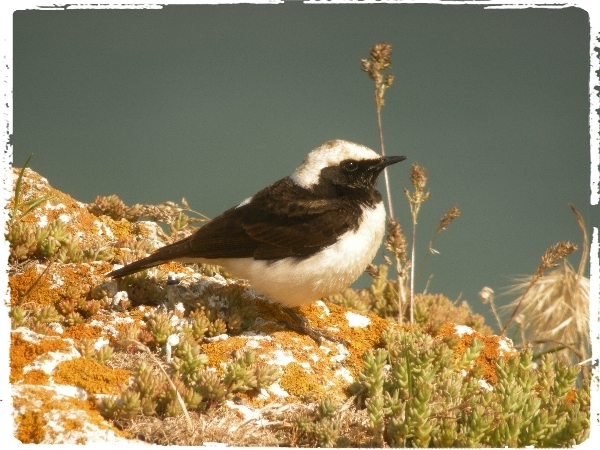 We left the Cape at 5pm and for our last birding session of the day we visited a disused quarry called Botala found nearby.  We had hoped for an Eagle Owl sighting but apart from hearing a strange owl-like call from the quarry rock-face we never had a sniff. But the light was fantastic and many other species were on show and to be admired, a frequently seen species on this tour was the Hobby there was two of them in the quarry showing really well perched and in flight. Golden Orioles called constantly we saw a male, the ‘song’ of the Great Reed Warbler reverberated round the enclosed area whilst Common Nightingales put in their fair share. It was superb last hour and a memorable one if not just for the light and scenery alone. 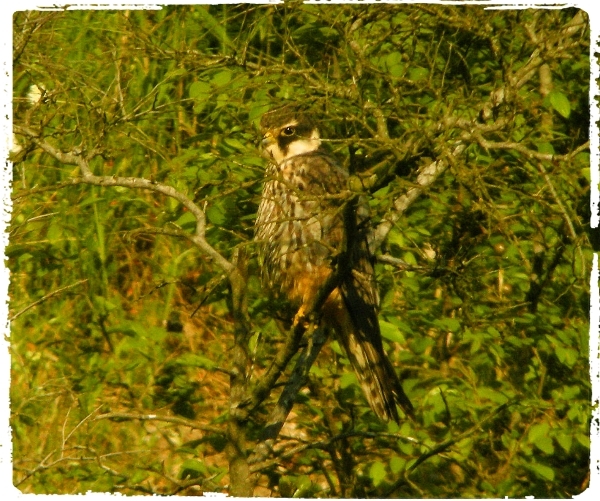 record of one of the Hobbys seen today

We left at 7pm, not a single owl put in an appearance, dinner was a little later but it was worth waiting for, yummy!