TRANSFER FROM KRAPETS TO SOFIA VIA VARNA There was not too much time for birding today as we travelled 500km from east to west across the centre of the country and the Central Balkan Mountains.

We set off at 6am taking our ‘picnic breakfast’ with us, typically it was the best day weather-wise, a cloudless clear sky all day with mid-twenties temperature. We planned to visit a number of sites around Varna for a few target species before setting off for Sofia around 11am.

Our first birding venue was a return to Topola to search for the Eagle Owl again. Once more we were disappointed the owl was nowhere in sight, we enjoyed views of Bee-eater, Golden Oriole, Barred Warbler and plenty of common species. 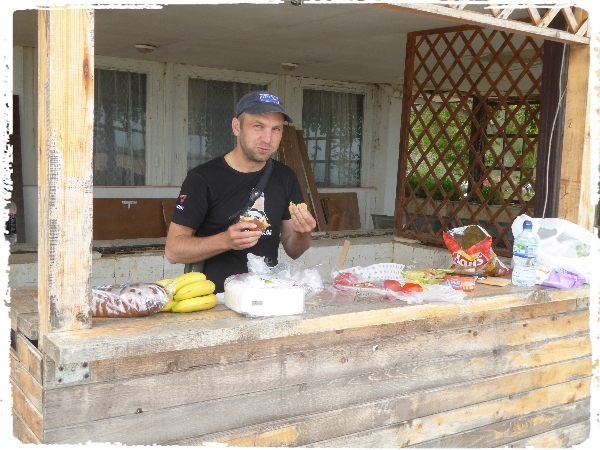 Next we drove to a woodland site to look for woodpeckers, this was a speculative visit and it was thwarted by a bad track. We had to stop before reaching the mature forest because of the bad state of the track. So we ate our breakfast whilst watching Woodlark and we heard Common Pheasant and Wood Warbler, two birds yet to be seen on the trip. 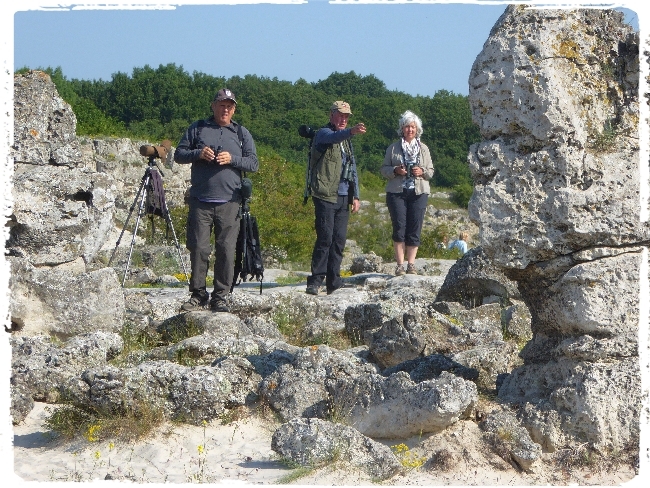 From there we drove to a geological site called Pobiti Kamani, which a little further west from Varna, it looked like a petrified forest, but was in fact columns of petrified stone some reaching 6 meters high. The prevailing theory is that the “stone forest”  was formed some 50 million years ago, at that time it was a part of the sea bottom and after the receding of the water the inorganic sediments eroded, thus attaining the marvellous forms seen today. 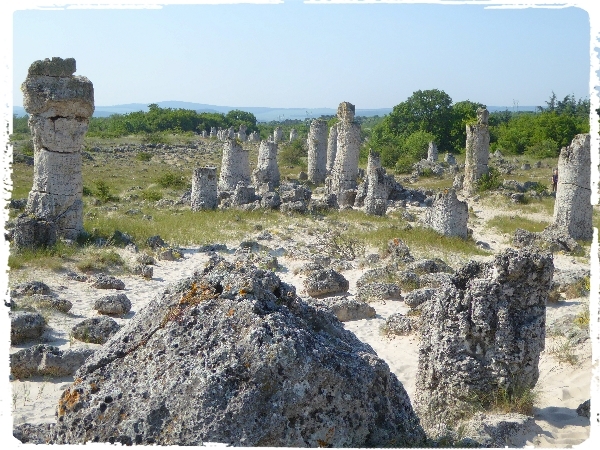 Regardless of how this natural phenomenon was formed it now hosts a number of species of birds including ROCK THRUSH, so we are told.  We paid our entrance and met a coach load of French Tourist in the ‘forest’, this didn’t bode well for birding! However, there were several Hoopoes and family parties of Northern Wheatears on the stones but alas no sign of the Thrush. A distant Booted Eagle and a Hobby flew over just before we left. 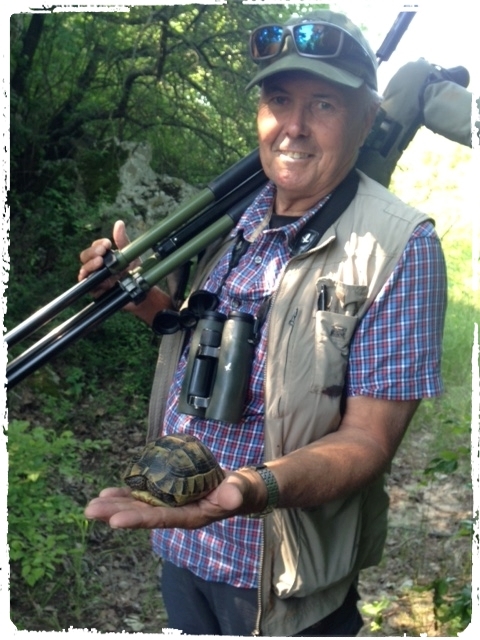 We then headed westward for about 50km stopping just south of the motorway near some hills with steep sided faces, were we looking for Golden Eagle having seen them there in past visits. Driving down to the site we saw Mistle Thrush, Song Thrush, Bee-eater and Golden Oriole. Our eagle watch lasted 30 minutes, the nest site looked deserted but before we left we noted Honey Buzzard, Common Buzzard and Long-legged Buzzard it’s no wonder that the eagle buzzed off!

It was now 11am and we had a long journey ahead of us so we headed back onto the motorway and made the journey to Sofia. Not one single new addition to the trip list was made but we saw some nice species in trying. We stopped for coffee and lunch and fuel, arriving at Sofia at 4:30pm.

We decided not to go birding for the last few hours of daylight but to spend a relaxed evening at the hotel, we ate out on the terrace where the beer was cold and the food was excellent, it was a very enjoyable evening to finish off the trip with. Our list remained at 192 with 5 other species heard not seen, a great effort by the group and our fantastic local guide Dancho.