Chard Reservoir is some 15 miles from my home so it took just 20 minutes to get there. Surrounded on three sides by woodland the small reservoir attracts  a good variety of birds. 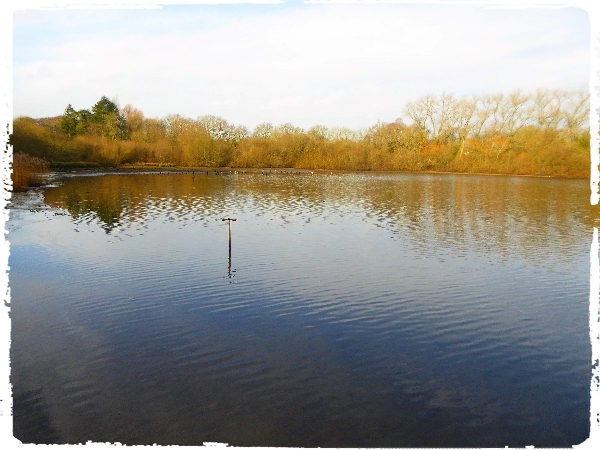 view from the hide at the reservoir

I walked from the car park through the woods to the only hide which is perfectly situated on a pier-like structure. I soon listed several species, most were ducks. Seven species of duck were found, Mallard, Gadwall, Shoveler, Wigeon, Teal and Tufted Duck made up the common species and a single female Goldeneye was the unusual find. 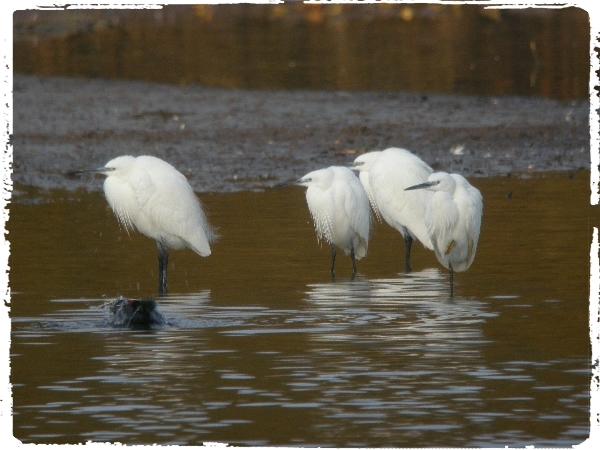 some of the 9 Little Egrets, they are now sprouting their breeding plumage

Other species found during my 1 hour visit included; Little Egret (9), Great Cormorant, Grey Heron, Moorhen, Coot and a few common woodland species. Alas the rare Ring-necked Duck was nowhere to be seen neither were the 8 Tufted Ducks that it was associating with, I saw one single, male Tufted Duck. 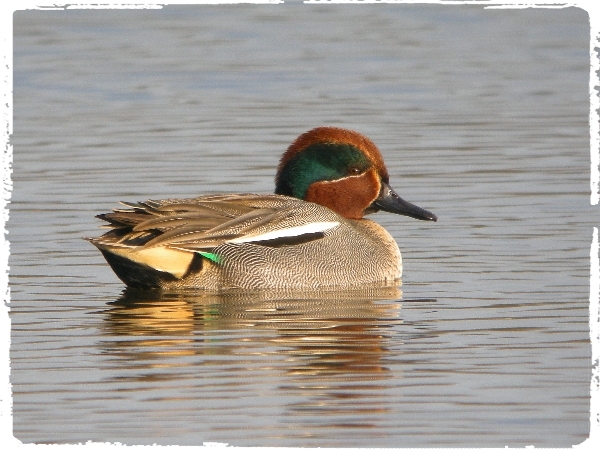