WEATHER:  cloudy for most of the day, bright sunny spells later. 23C

Our transfer from the lovely hotel in Pereira to Montezuma took over 3 hours including a breakfast stop in Apia. We left at 5am and it was 7am when we took our breakfast in Apia. It was sunny in Apia and we had a little time for birding around the main square where we saw Blue & Swallow, Tropical Kingbird, Cattle Tyrant, Lesser Goldfinch, Black Phoebe and Rufous-collared Sparrow. 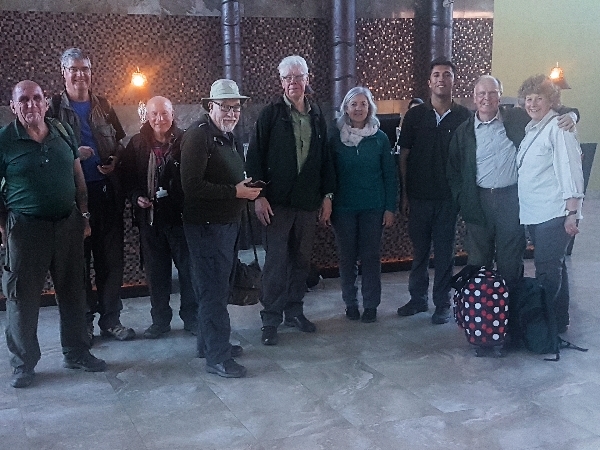 The group in the foyer of the Sonesta Hotel, lefrt to right:

We transferred to 4*4 jeeps for the last section of the trip, the bumpy Montezuma road took another hour to negotiate, a few species were seen during this last leg of the trip.

Once at Montezuma Lodge we quickly settled down to watch the bird feeders, a good number of Hummers were on show including a dozen new species for our list. The Woodstars are always a crowd pleaser but it was the Brown Inca, Rufous-gaped Hillstar and Violet-tailed Sylph that got most attention. A short walk down to the bridge over the river produced a few more species, several Tanagers were seen around the gardens as well as Thick-billed Euphonia, Giant Cowbird, Blackburnian Warbler and lots of butterflies. 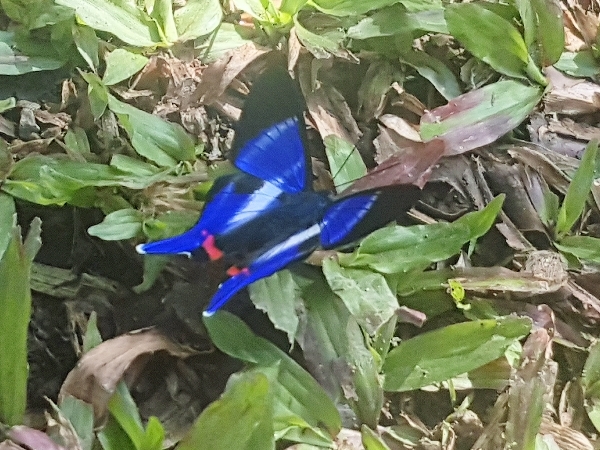 There were more butterflies down by the river including a species of Morpho which settled unusually with its wings open, a couple of stunning swallowtails also fluttered by. More birds were seen around the river area, an Andean Cock-of-the-Rock was the star but only two of us saw it fly under the bridge and into the forest. Andean Motmot, Southern Rough-winged Swallows, Yellow-bellied Seedeaters and Summer Tanagers also went on the list. 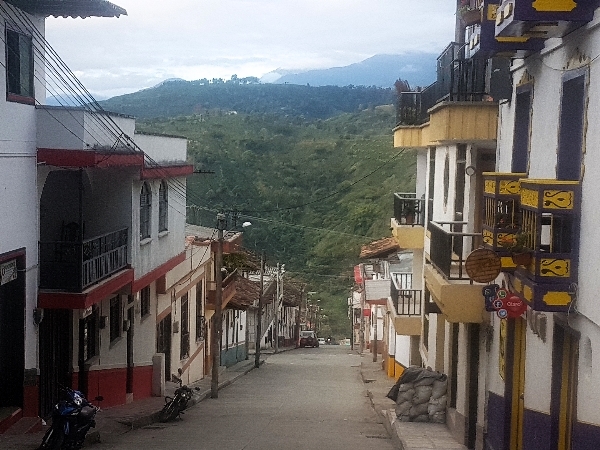 A view from the Town Square of Apia

Our lunch was swerved at 12 noon and by 1pm we were all loaded into a single jeep for the drive up into Tatama NP, we stopped after 45 minutes in the mid eleveation section. We then spent the next 4 hours working our way back down the main track watching and listening to the forest’s wildlife.

We saw another 30 species as ambled down the track and heard another ten or so more. Tanagers and Barbets were high on the wanted list of most of the group and our guide Johnnier delivered on both counts. We had two chances of seeing Toucan Barbet, the first was distant and fleeting and the second was prolonged and much closer. We found Scrub, Crimson-backed, Beryl-spangled Tanagers, Blue-winged Mountain-Tanager  and the endemic Black-and-gold Tanager.

Several flycatchers brightened up our day, Ornate, Cinnamon, Olive-striped Flycatchers and Smoke-Colored Pewee. A couple of wrens gave us the run around, the Grey-breast3ed Wood-Wren wasn’t too bad but it was very hard work to get all of the group to see the Sooty-headed Wren. A Slate-throated Whitestart was nice to see and the Uniform Treehunter was part of a mixed flock which also included Red-faced Spinetail and a few species of tanager. 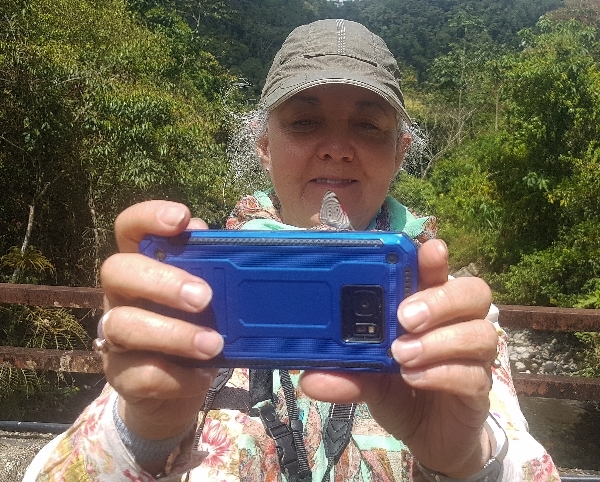 look carefully and you will see the No. 89 Butterfly on Vanda's mobile phone

The Olive Finch was something special. We stopped at a bridge over a stream and put out a few crumbs on the low wall of the bridge and a fter a short wait the finches arrived to pick up the crumbs. Apparently this feeding habit started some years ago when a group stopped for lunch and threw out some scraps and the nbirds came down to eat them. Another nice sighting was the Tricolored Brushfinch, but generally we did not bump into any major feeding flocks.

The light began to fade so we jumped back into the jeep for the short drive back, one of the last memorable sightings was of a flock of some 50+ White-collared Swifts that flew over the forest at some height. An Agouti was feeding out on the lawn when we got back and during our dinner, which was taken in the open dining area, many huge and colourful moths drifted into the area. It seemed to be a pretty slow day as far as the birding was concerned but we still notched up over 80 species.