We had a brilliant morning today although it was a very early start! We met at 5am for a coffee before boarding our jeep transport to the summit of the Tatama NP. It was a 7km ride on a very bump road and we finally stopped after an hour at 2400 meters above sea level.

it was bright with cloud drifting over us as we tumbled off the jeeps, breakfast was served almost immediately as we watched two hummer feeders situated nearby. Our first bird was a Smoky Bush-Tyrant quickly followed by two hummingbirds:  Collared Inca and Tourmaline Sunangel. 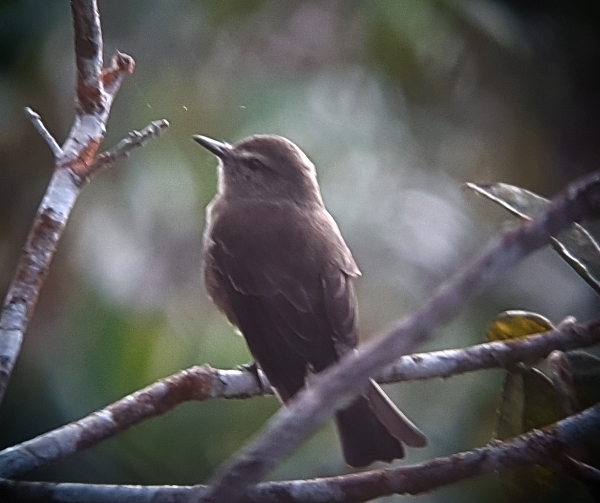 Following our breakfast our walk was delayed by 30 minutes or so because a group of soldiers that were guarding Radio Masts came down to greet us. After friendly handshakes and greetings we all posed for a photo and a video was taken.  We then started walking down the mountain admiring the fabulous views as the cloud broke and bright blue sky came through the mist. 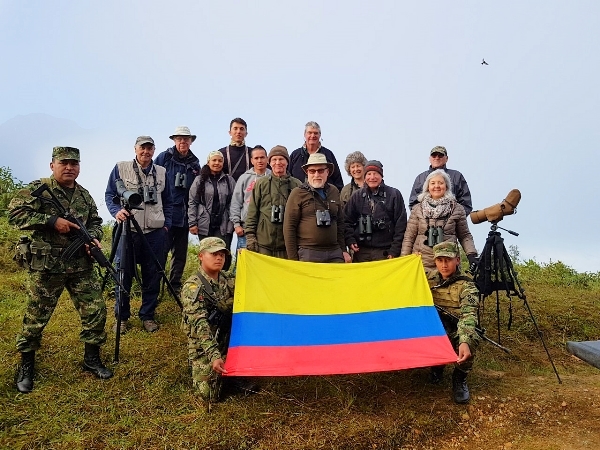 A strange encounter in the mountains

A Monchique Wren (endemic) showed extremely well as did another Smokey Brush-Tyrant and then we had suoper views of Chestnut-bellied Flowerpiercer, another endemic species. 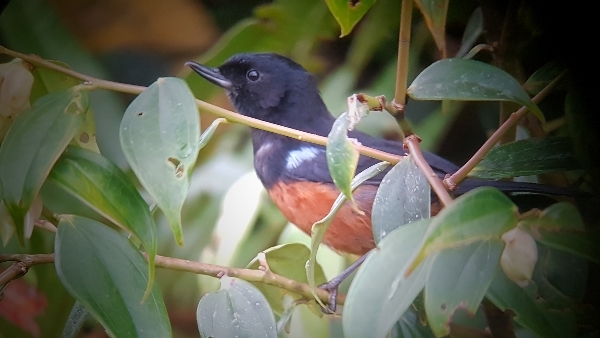 From then on we strolled along making stops every so often to look at various species of birds, butterflies and flowers. Once we got down from the Paramo into the rain forest the birding became much harder. It was typical forest birding, many sightings were in the canopy and there were often gaps of up to 15-20 minutes without a single sighting. Unfortunately, we never bumped into a large mixed flock of species but we saw plenty of small groups of species. 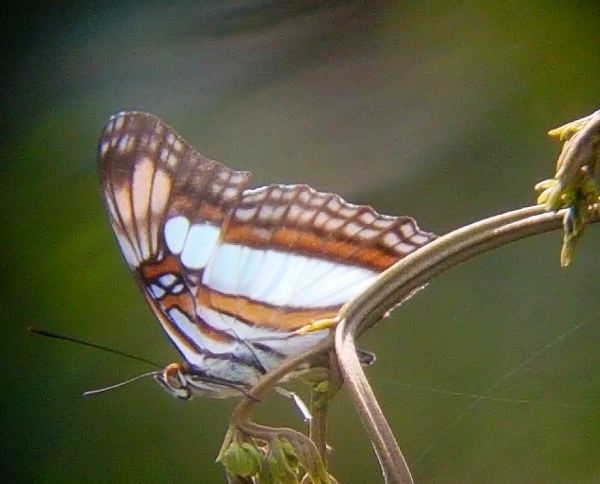 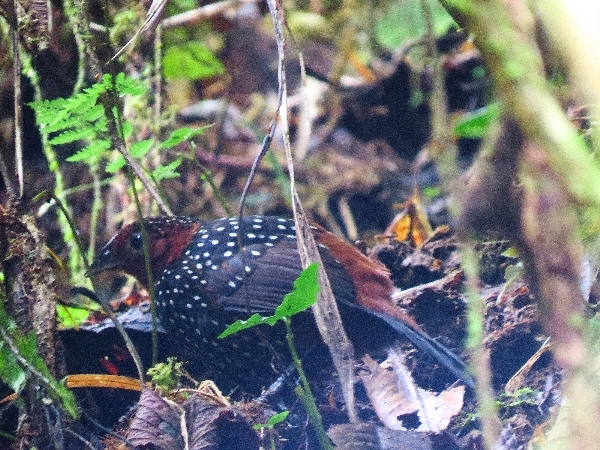 Then as we walked further, more and more species gave themselves up for our list, the star bird was the GOLD-RINGED TANAGER followed by the near endemic Purplish-mantled Tanager. Sightings were also made of Green-and-black Fruiteater, Olive-backed Woodpecker, Handsome Flycatcher, Beryl-spangled Tanager and many many more. 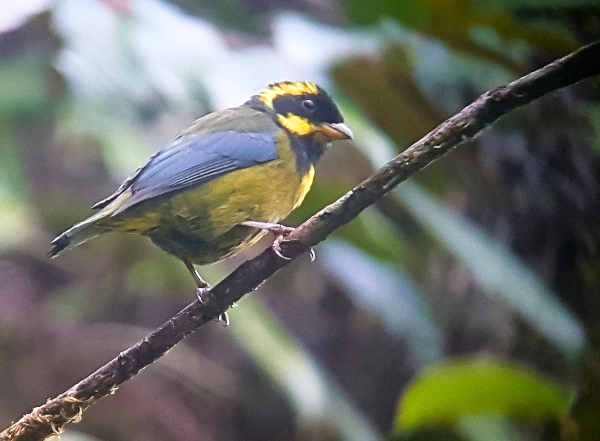 By the time we reached 1800 meters it was time for lunch which was brought up from the lodge by courier and was still nice and hot as we ate it. The weather took a turn for the worst, it clouded over and it rained quite hard. We spent some time under umbrellas and then in the jeeps as we drove further down the mountain to get out of the rain area. 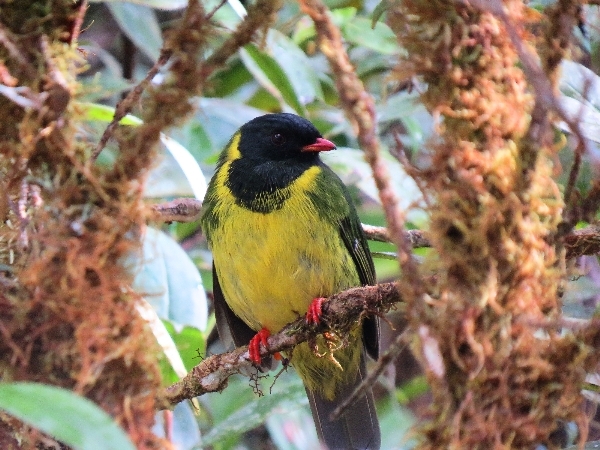 We did make another long walk seeing even more species before the rain caught up with us, this time we abandoned the area and drove back down to the lodge. It was 4pm when we arrived back at the lodge, we had been out since 5am and even still most of the group wanted to continue birding around the lodge. 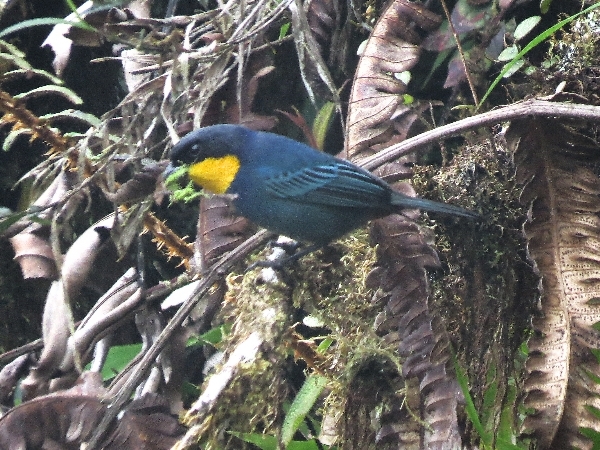 A walk down to the bridge and a session watching the feeders produced another 6 or 7 new species for the list including; Black-winged Saltator, Booted-Racket-tail, Bay-headed Tanager and a couple more hummingbirds. 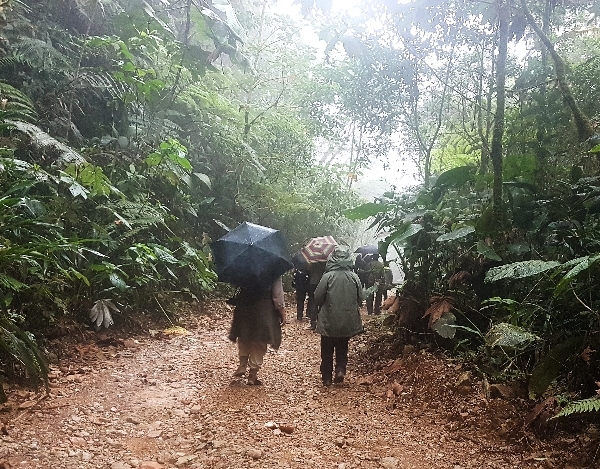 Dinner was taken at 6:30pm and the bird-log followed soon after, we saw another 80+ species today and our tour total is now over 200.