WEATHER:  a beautiful sunny morning again, with very little cloud and no wind. Once again it clouded over after lunch with some localised rain. It poured down later when we were back at the lodge. Temp around 15-17C

Our last full day at Montezuma Lodge was spent on the middle level eleveation of the Tatama NP. It was another very enjoyable day with plenty to see and not just birds. Johnnier and his partner Viviana were finding all sorts of wildlife including Orchids, interesting insects, lots of butterflies and some great birds.

we made another early start and arrived at our starting point around 6:20am. We all tucked into our picnic breakfast with plenty of coffee before we settled down to some serious birding.

The beautiful Black Solitaire was one of our first sightings, what a stunner! We then sifted through a number of tanagers with the endemic GOLD-RINGED TANAGER being the most common sighting! An Indigo Flowerpiercer was a first for the trip and several Smokey Bush-Tanagers flitted around us. More tanagers appeared along the first part of our walk, we noted Beryl-spangled, Glistening-green, the endemic black-and-gold and the Purplish-mantled Tanagers. 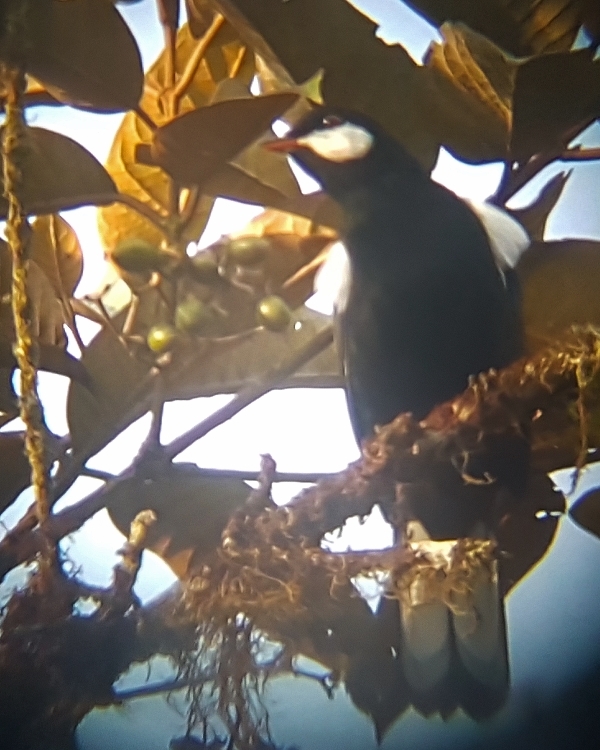 record shot of the Black Solitaire

We had brief glimpses of the newly named Tatama Tapaculo and much better sightings of a Uniform Antshrike. As usual there were large gaps between bird sightings and despite perfect weather conditions we failed once again to find a large feeding flock. Golden Tanager was new for us, Masked Trogon showed well and Handsome Flycatcher put in an appearance. 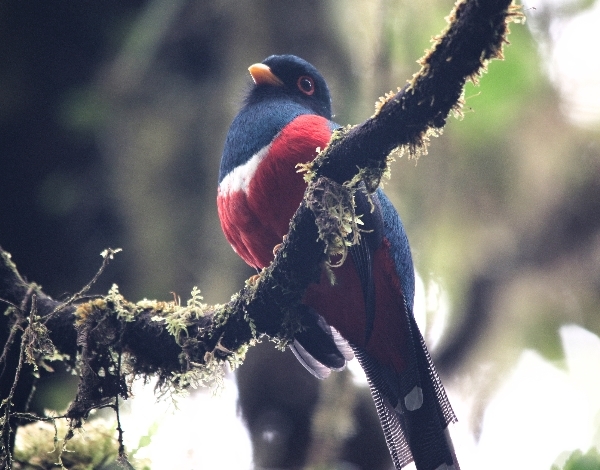 Orange-crested Flycatcher is an extremely rare sighting in the Tatama NP and Nationally only found in few tiny spots. One had been seen a couple of times from the Montezuma track just recently, Johnnier knew where the location was and lo and behold the bird was still present. We all got to see it but most of us saw it perched facing away from us so that we could see the distinguishing features. Johnnier saw it better than us and was well pleased with the find. 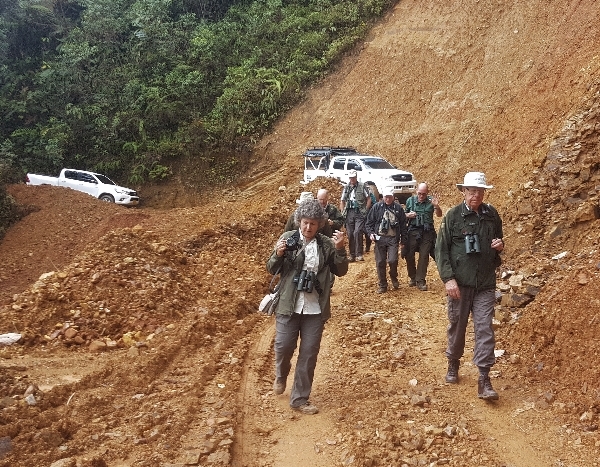 Lunch was taken on the track and once again a hot meal was transported by motorbike up the mountain from the lodge. It was slow going for most of the afternoon with fewer sightings and long gaps between birds, it was always difficult to get any significant colour on the cnopy birds as they appeared like black silhouettes against the light sky. 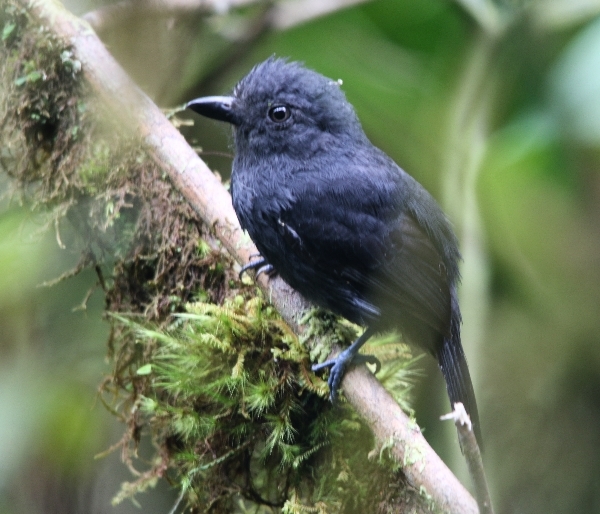 We had terrific views of a Uniform Antshrike and of a Smoke-coloured Pewee, then very close views of Orange-breasted Fruiteater, but the Golden-headed Quetzal was a special find by Vanda, this bird had been calling for a good ten minutes and Vanda eventually found it sitting high up in the canopy on a distant ridge, a superb bit of birding! 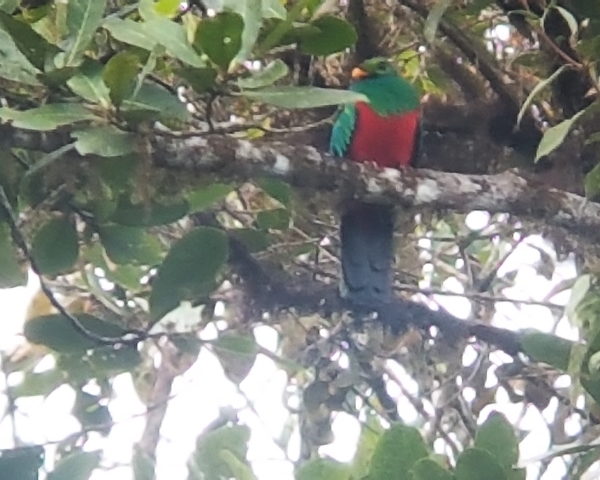 recors shot of the Golden-headed Quetzal

Humming birds were always dashing about, we saw a lot of locally common species, but a few stand out in my memory such as a perched Violet-tailed Sylph and the very rare White-throated Wedgebill. 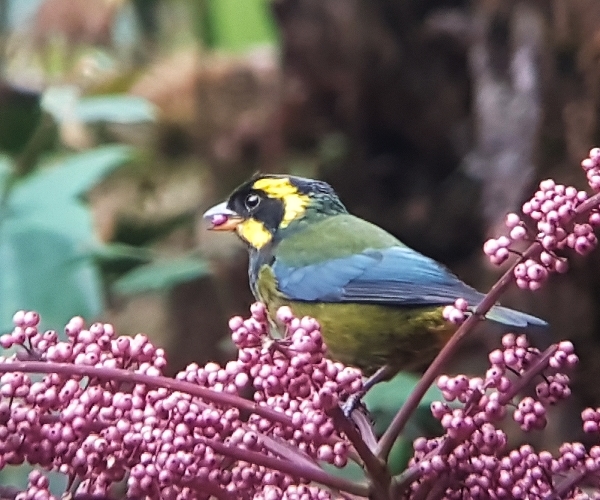 another shot of the endemic Gold-ringed Tanager

The light began to fade as the cloud cover thickened, we added a few late afternoon birds which included, Barred Becard, Russet-backed Oropendula, Orange-bellied Euphonia and Andea Cock-of-the-Rock ( a female seen briefly as we drove back to the lodge). That sighting concluded our birding except for half-an-hour sitting watching the bird feeders from the dining area where a Buff-throated Saltator was new for our list.