WEATHER:  overcast all day but nice temperatures, we drove through rain in the afternoon.

Our last morning at Montezuma was spent walking the lower elevation, we stayed around the lodge (1500 meters) and walked the lower track up to the Rio Claro which was only 2km. Before the walk we went down to the bridge near the lodge to look for the Greyish Piculet at its nest hole. This time we were lucky, the bird was there but it didn’t stay long enough for everyone to see it. 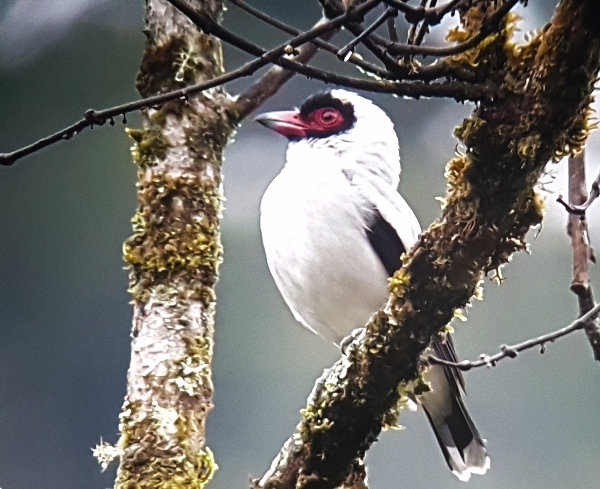 However, our journey wasn’t wasted as we enjoyed many sightings including a couple of other new species for the trip list. A pair of Masked Tityras sat out nicely for us and we found a couple of Golden Hooded Tanagers, we also found a good candidate for a Hepatic Tanager but not enough of the bird was seen to convince Johnnier, our guide, of its identity.

Once we set off on the track-walk to the Rio Claro many sightings were made, its amazing that after two days in the area we could still find species we hadn’t seen already. We started with Blue-black Gassquit, Smooth-billed Ani, Slaty Spinetail, Black-breasted Jay and yet another Andean Cock-of-the-Rock.  Then we had pronlonged views of Red-headed Barbet and Greyish Piculet which made up for the poor views earlier. 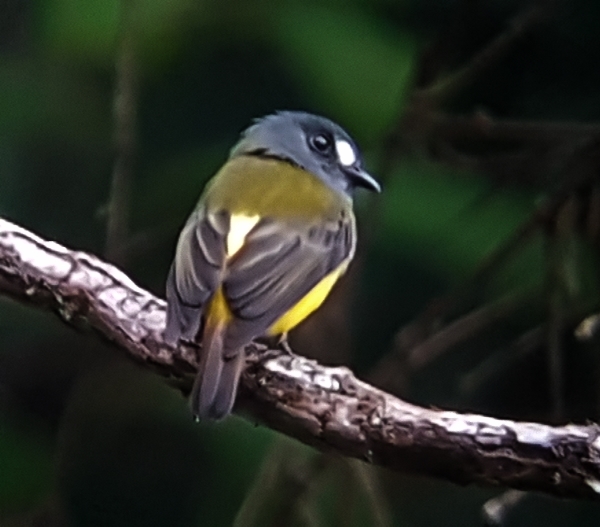 As we immersed ourselves into the forest and the canopy covered the track the birding became a little harder, we spent a fair amount of time waiting for, or tracking down, a number of species that called from the dense vegetation. Our patience paid off on some occasions but not on others. We caught up with Club-winged Manakin, Dusky-faced Tanager and Parker’s Antbird.

The track rose for quite a while then dropped down to the river and during the latter part of the walk we had great success with a number of species, the Crested Ant-Tanager was a real crowd pleaser, so was a very obliging Squirrel Cuckoo, we had glimpses Spotted Woodcreeper and just fleeting views of other species, whilst a Double-toothed Kite sat posing in a very distant tree. 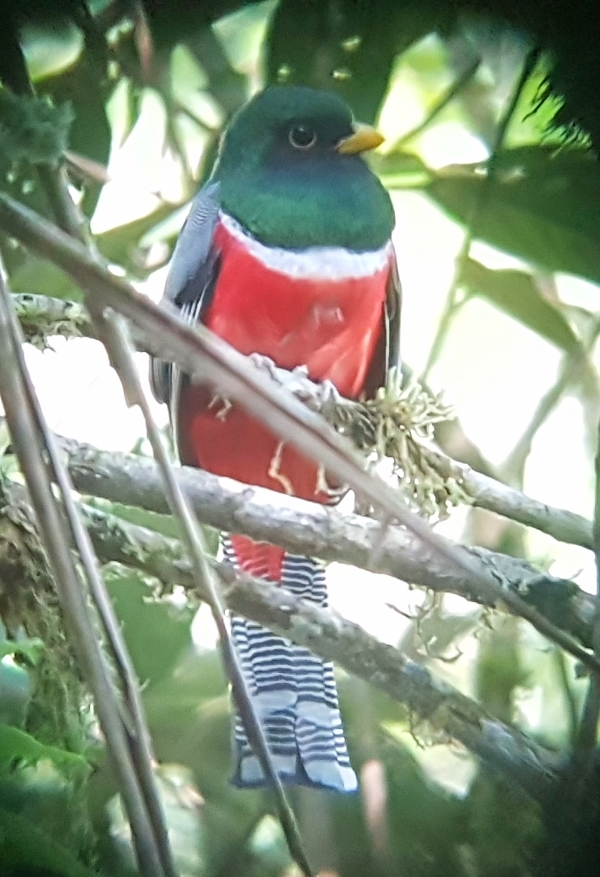 It was 11:30am when we were transported back to the lodge so that we could packed and load up the trucks before we sat down to lunch at 12:30. It was after 1pm when we set off for our next destination, Otũn-Quimbaya.

It took most of the afternoon to get there, our trucks drove us down the valley back into Pueblo Rico where we transferred to a lovely, comfortable, bus for the rest of the journey. It was 5pm when we stopped at bridge which overlooked the Rio Otũn and where we birded for about 40 minutes. It was magical, all our target birds turned up to greet us!  Torrent Duck was the most sought-after, two pairs were soon located and gave us a great show, the group were enthralled. We also saw Black Phoebe, Torrent Tyrannulet and another speciality, the White-capped Dipper caused a stir too. A couple of bonus birds such as Brown-capped Vireo and Broad-winged Hawk finished off our sightings for the day. 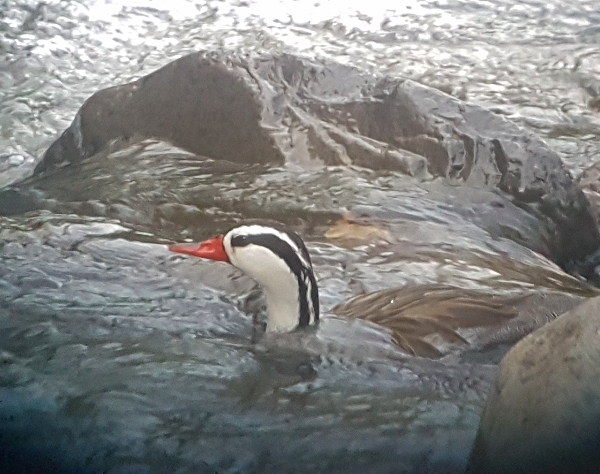 Torrent Duck - male above female below 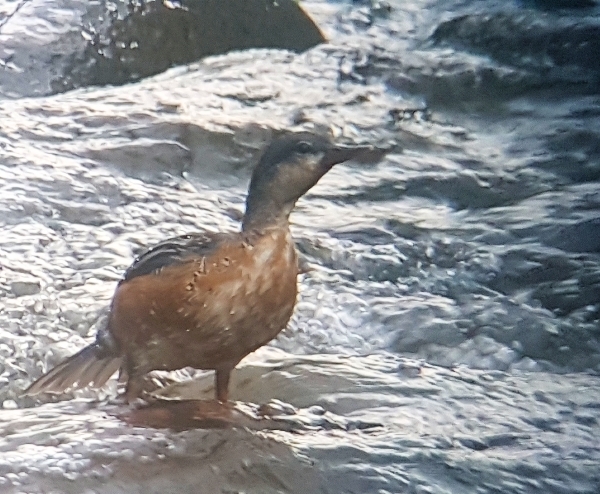 At our new lodge we quickly settled in and ate a delicious local trout dish before calling the bird-log. Everyone went to bed before 9pm because we have another early start tomorrow.