WEATHER:  a beautiful morning, cloudless and sunny, a little chilly at first much warmer later

We ate a basic breakfast at 5:30am and headed off in two 4*4  vehicles driving 7km to the end of the Otũn track where the reserve ends, our plan was to walk back towards the lodge and get as far as we could until lunchtime. In the semi-darkness of the outward journey we spotted Andean Motmot, Swainson’s Thrush and we had several sightings of Guans but we never identified them in the bad light. A Crab Eating Fox was also seen by those in one of the vehicles. 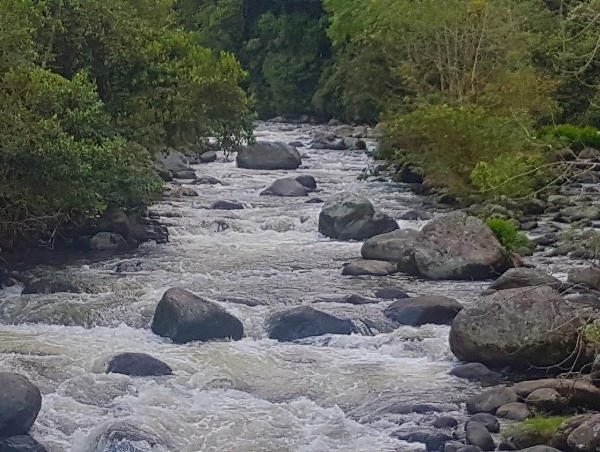 The beginning of our walk was near a bridge over the Rio Otũn and from there we had much better views of White-capped Dipper and we saw Sickle-winged Guan, Red-ruffed Fruitcrow, Torrent Tyrannulet and not much else. 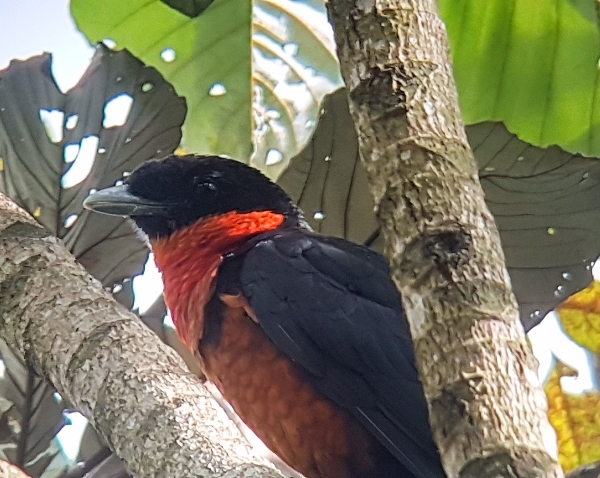 A large open area with some delerict buildings was a good place to watch the surrounding trees for movement and proved to be a very productive place with lots of sightings. A pair of Southern Lapwings came down and landed on the grass very close to us as we started birding the tress around us. A few common migrant North American Warblers flitted about and Sickle-winged Guans fed in the Chinese Ash trees. We had good views of Blue-winged Mountain-Tanager, Golden Tanager, Beryl-spangled Tanager and Palm Tanager. 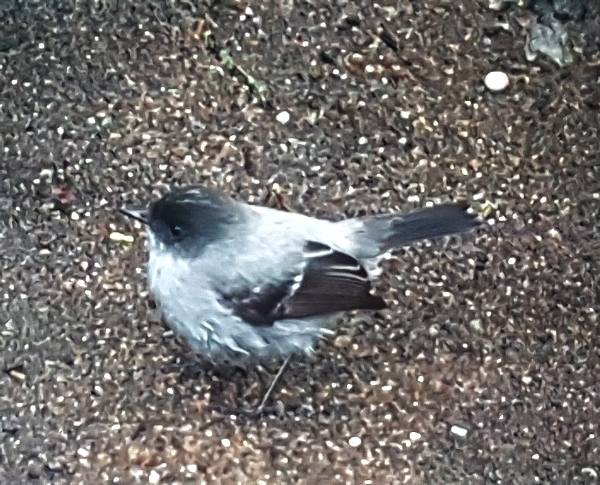 The Green Jay is a fabulous looking bird but they would not stay still enough for a good photograph, the same happened with Red-ruffed Fruitcrow and a couple of flyover Bronze-winged Parrots. Our progress along the track was slow with many stops to watch different species and when the sun hit the track so did many species of butterflies. 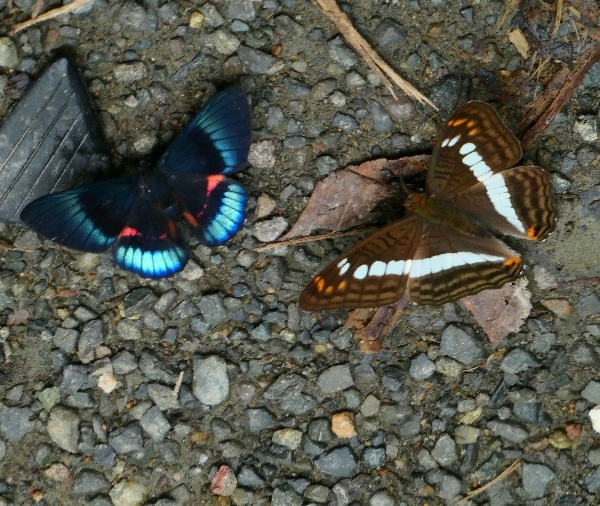 By 10am we had moved about 2km having watched more Tanagers such as Glistening-Green and Saffron-crowned as well as Strong-billed and Montane Woodcreepers, Wedge-billed Hummingbird and Green-fronted Lancebill and we had great views the endemic Cauca Guan. 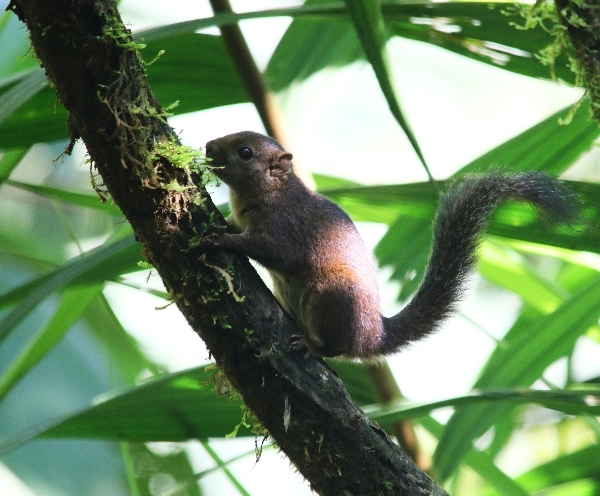 There were many sightings of tiny birds in the canopy and this where our guide Johnnier comes into his own, Streak-necked Flycatcher, Ashy-headed and Plumbeous-crowned Tyrannulets, Acadian Flycatcher and Golden-faced Tyrannulet were seen and identified along the way. 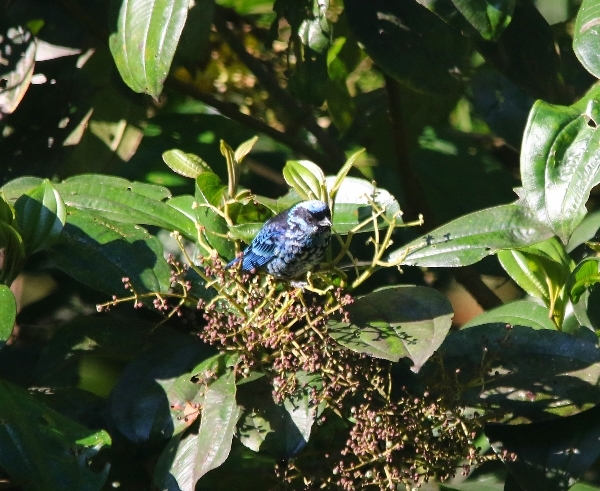 Towards lunch time the birding slowed a little, we spent some time looking for Stiles’s Tapaculo, it showed very briefly and of course not all the group saw it. A Collared Trogon was much easier to see and a flock of fly-over Golden-plumed Parakeets was nice to see. 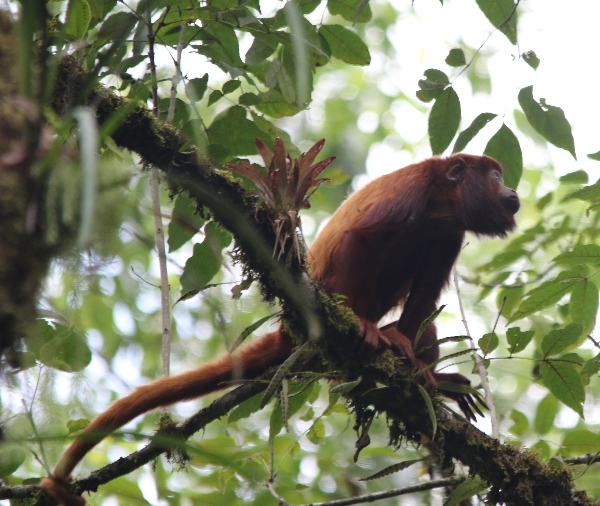 We took a long lunch and some of the group walked in the grounds of the lodge and found Bronze-winged Parrot, our first Pale-vented Pigeon, some Red-ruffed Fruitcrows and a Blacfk-and white Seedeater.

Our afternoon walk was to two scheduled sites, the first was the bridge about 500 meters from the lodge where we saw very little and the walk was curtailed by a rain shower. Then we drove a couple of kilometers down the track, parked the bus and began to walk down the track. 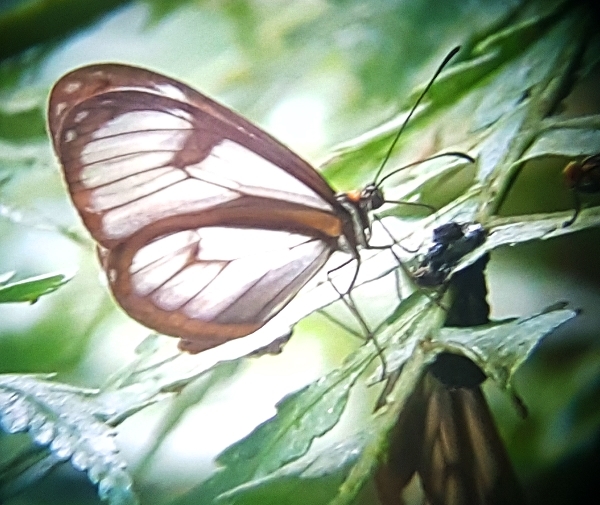 We soon hit a feeding flock which turned out to be quite large, many tanagers were joined by a good number of other species. Both Common and Ashy-headed Chlorospingus were in the flock with Multi-coloured Tanager being the star bird but only seen by Johnnier our guide. A host of new birds went on our list: Montane Foliage-gleaner, Streak-capped Treehunter, Southern Beardless-Tyrannulet, Plumbeous-crowned Tyrannulet and Slaty-capped Fl;ycatcher to name but a few. 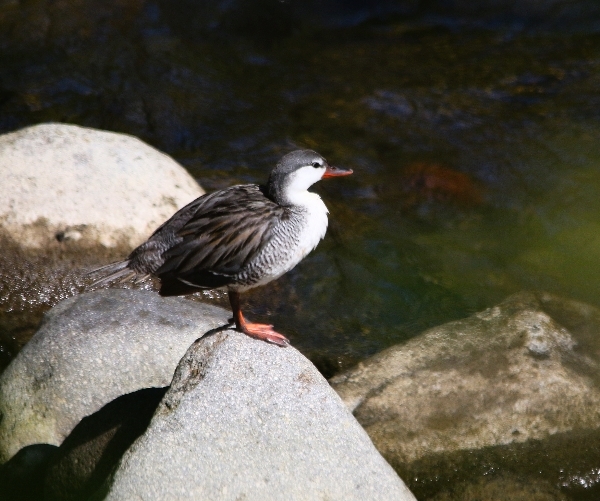 As the light began to fade, we added Azara’s Spinetail and Dusky-capped Flycatcher to the list before we called it a day.  It had been a great day’s birding with plenty to talk about at dinner.