This was the last transitional day of the tour, the last time we move from one lodge to another. Having had a power outage all night we got up in the dark and went out in the dark to see if we could find any owls. The only species seen was the Mottled Owl, it called several times and flew from one side of the track to the other before we finally got to see it. The Colombian Screech Owl called very distantly but it never came near to us. 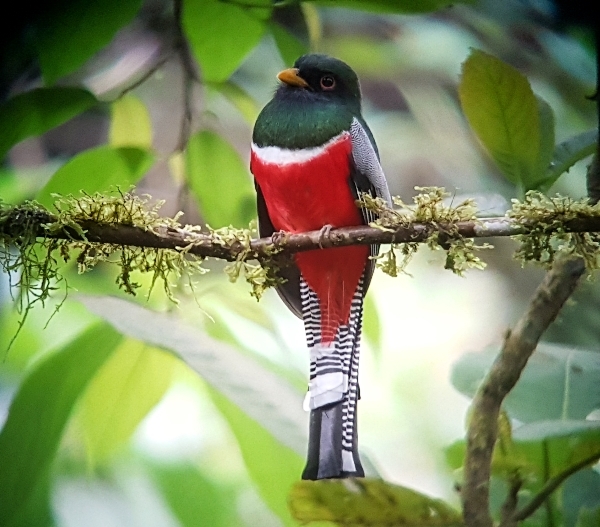 A problem arose with our transfer because of the storm last night, at least 3 trees were struck by lightening, and had fallen across the only track to the main road so we had to wait for it to be cleared. In the meantime, we walked down to the river to look for Torrent Duck. Sightings at the river included White-capped Dipper, Torrent Tyrannulet, Black Phoebe and we good views of Red-ruffed Fruitcrow, Black-winged Saltator and Broad-winged Hawk. A few species in the garden included the lovely Fawn-breasted Tanager. 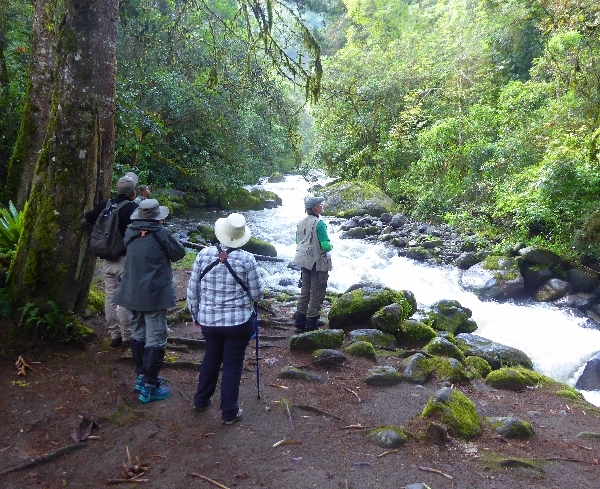 searching for Torrent Duck along the River Otun

Finally the road was cleared, so we set off down the track towards Otun town and onto Apia, we made four stops to look for Torrent Duck along the Atun River but we never saw the bird, we did add Blue-black Grassquit to the list as we saw many other species.

We made good time and arrived at Apia by 12 noon, we had driven through some beautiful landscapes, it really is one of the most scenic countries I have ever seen. We ate a lovely lunch in the main square, we had most welcomed warm sunshine, delicious food as we sat overlooking the busy town square. 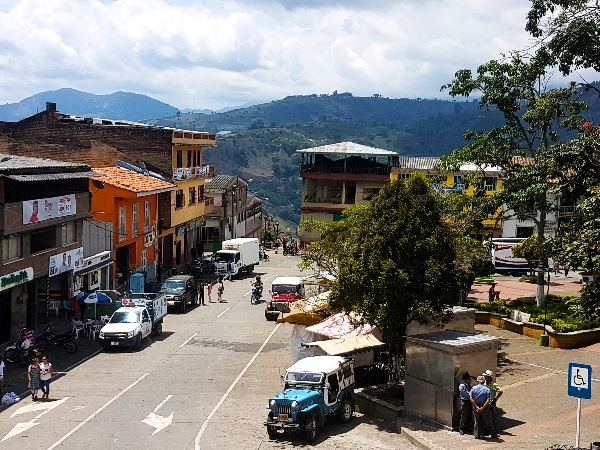 the bust town square at Apia

From there we drove along a track that climbed up into the mountains we were stopped and searched for several target species. We found Yellow-headed Brush Finch (endemic), Yellow-backed Oriole, Black-and-White Warbler, Flame-rumped Tanager, Crimsom-backed Tanager, we heard Whiskered Wren but dipped on Yellow-headed Manakin. 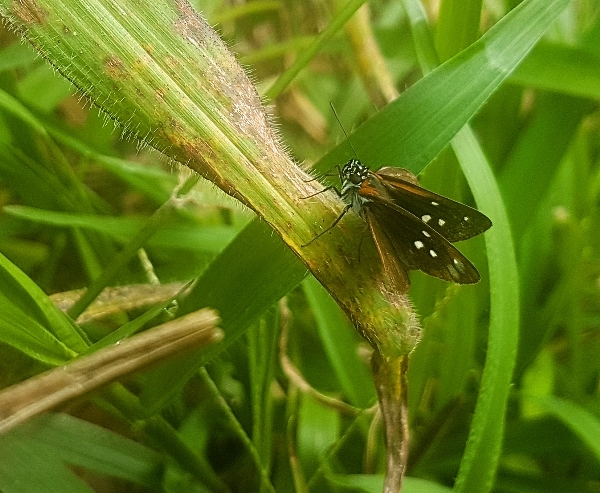 the array of butterfy species was amazing - here is a Skipper sp.

We made two more stops to for Turquoise Dacnis but yet again we failed to see one, but we found Golden-rumped Euphonia and had great views of Streaked Flycatcher. At this point we said goodbye to Arnulfo who had been a great guide over the last few days, it was sad to see him leave.

Juan, one of our drivers now became our guide and for the next two hours he drove us up to the Montezuma Lodge, stopping to look at a number of species en-route. A pair of Russet-backed Oropendulas, an Andean Cock-of-the-Rock, both Crested and Yellow-headed Caracaras and Juan, saw a Crimson-rumped Toucanet. 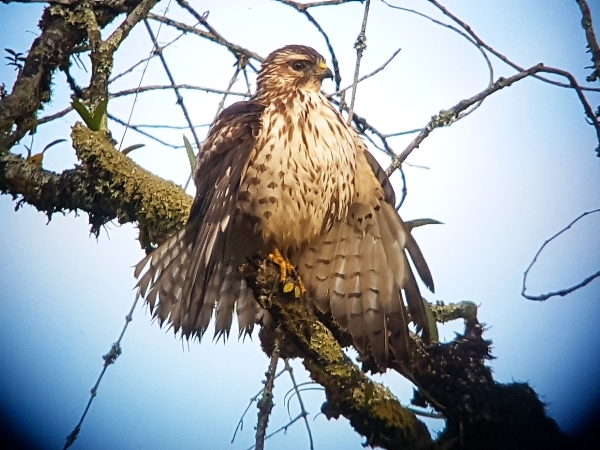 a juvenile Braod-winged Hawk sat nicely for us

We arrived at Montezuma Lodge around 5pm and immediately we were greeted by a host of new hummers visiting the numerous feeders in the gardens. We added Velvet-purple Coronet, White-tailed Hillstar, Purple-bibbed Whitetip, Tawny-bellied Hermit and Empress Brilliant, another 6 species of hummers were also seen but they had been recorded previously. 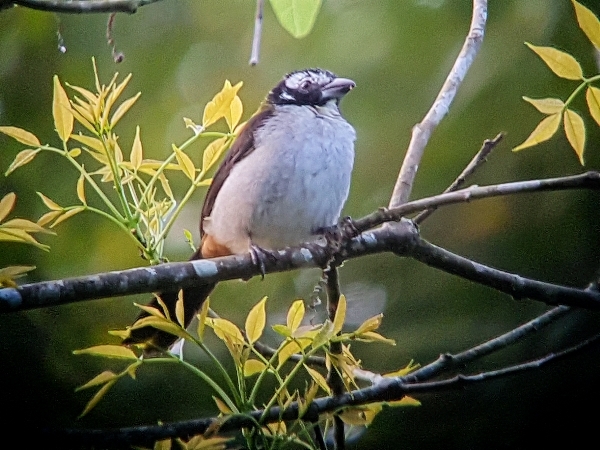 Dinner was served at 7pm, the birdlog had already been called, we added only 12 species to the list total which now stands at 388. Our guide, Juan, tells us that 20-30 species will be added tomorrow.