Dull and overcast to start with some drizzle, but bright hot and sunny later.

We spent all day walking the trails at the Phia Lodge and got ourselves exhausted by late afternoon. It was very typical rain- forest birding, you could spend a long time not seeing a single bird but hearing many. Sometimes you bump into a mixed feeding flock and see many species and quite often you stand around waiting for a single bird to appear, we did all of the above today.

Another aspect of forest birding is the diversity of species, you can walk all morning and see just 20 birds, but all of them would be of different species. It always amazes me that you can see just one of many species in such similar habitat.

We had breakfast at 6am and set off half-an-hour later on the main track outside the lodge, we found two nice species immediately, Moustached Puffbird was good to see so was Black-chested Jay. 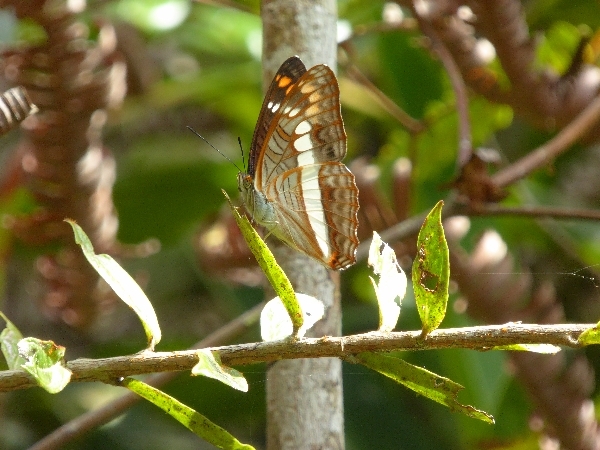 Once we set off on the steep climb on the Sendera de Cascada (Waterfall trail) we heard a lot of birds before we actually staring seeing them. A pair of Chestnut-capped Brush-Finches fed on the track in front of us before our attention was grabbed by numerous birds in the forest.

We watched Spotted Barbtail before spending a lot of time tracking down a star bird, the White-crowned Tapaculo, wow that’s a real goodie. A female Parker’s Antbird came next followed by a another bird on the track a Chestnut-crowned Gnateater.

We went through a quiet spell before finding a Brown-billed Sythebill, Ruddy-foliage Gleaner and a Striped Woodhunter. Another real goodies came next when we found a pair of Lanceolated Monklets, then an Olive-sided Flycatcher and some superb tanager species. 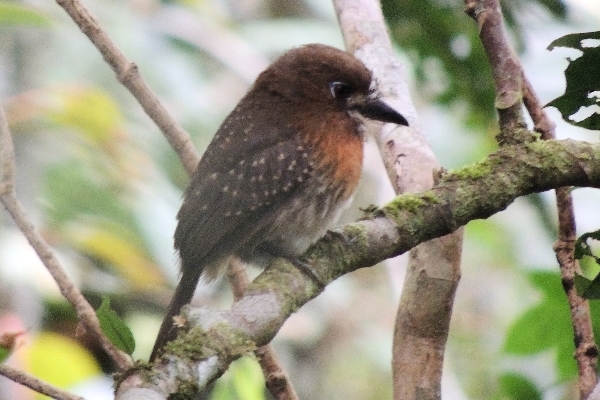 We never made it to the waterfall because our target bird, the Green-fronted Lancebill was found in in a small lek just before the falls. We also saw the Greenish Puffleg (Hummingbird)  and a Green Hermit which danced right in front of us. 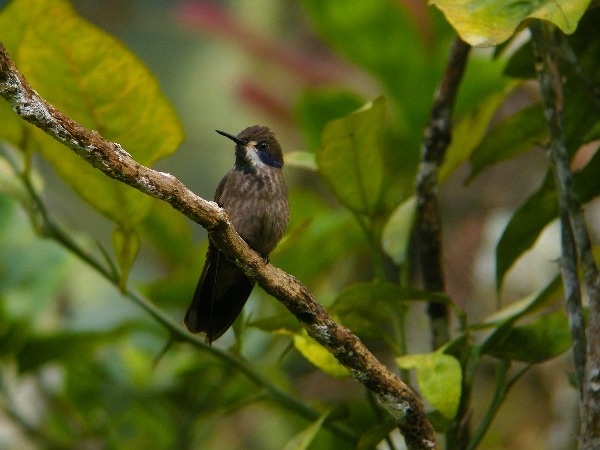 Brown Violetear - taken in the gardens of the Lodge

It was 10 am when we turned around and headed back towards a trail intersection where we turned off and headed for much higher ground. Bird-wise it was a little slower on the steep climb up, we did find Golden-winged and Orange-bellied Euphonias, as well as a number of common species. 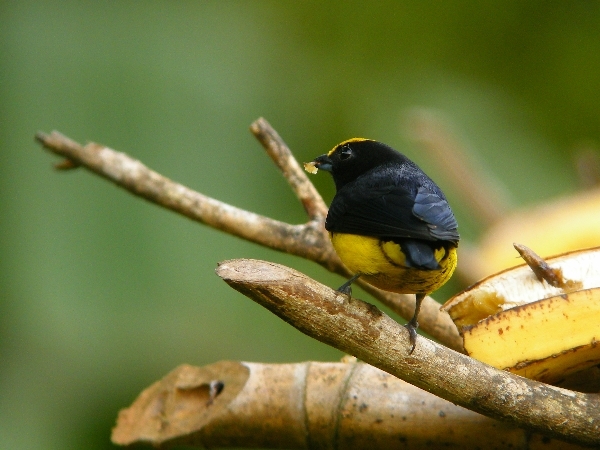 We ate a picnic lunch near the top before going on to find Purplish-mantled Tanager, Yellow-throated Bush-Tanager, Blue-naped Chlorophonia and a Collared Trogan, we also saw King Vulture, Short-tailed Hawk, Black Hawk-Eagle and lots of Collared Swifts when we had reasonable views of the sky.

The journey back down was just as exciting, at one stage we had two endemics in five minutes when a flock of Red-breasted Grackles appeared followed by a pair of White-mantled Barbets. A mixed feeding flock held several Tanager species including: Silver-throated, Black-capped, Beryl-spangled, Scrub and Bay-headed as well as Tennessee Warbler and White-crowned Euphonia. Phew! 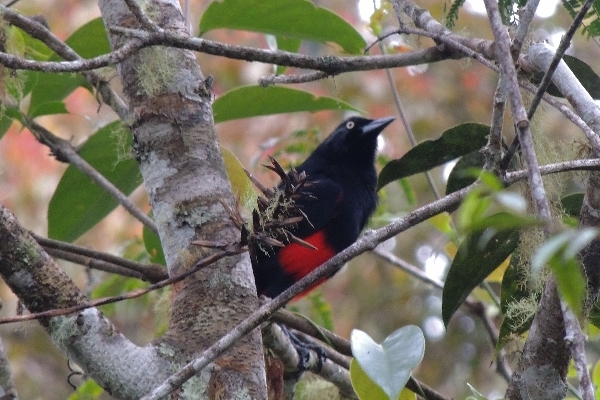 Red-bellied Grackle - another of Rick's photos

We got back to the lodge at 5pm, we had walked about 5km, on forest mountain-trails reaching up to 6000ft in 10 hours, seeing 65 species, some of which were to die for and that’s exactly what we felt like doing.