TRANSFER FROM PHIA LODGE TO HOTEL BALANDU AT JARDIN

We faced a long journey today, 6 hours on the road so we made a very early start, breakfast was at 5:30 am. We were on the road by 6am and drove for about 1/2 hour before we pulled over for the first of our two planned stops, we hadn't even left the track down to the main tarmac'd road.

Our birding was excellent over the next hour and all we did was to walk along the track that led us down to main road to Medellin. An amazing sight was a flock of some 20+ Spectacled Parrotlets feeding in a berry tree and just across the track we saw Crested Oropendolas visiting their elongated straw nest hanging from high branches. 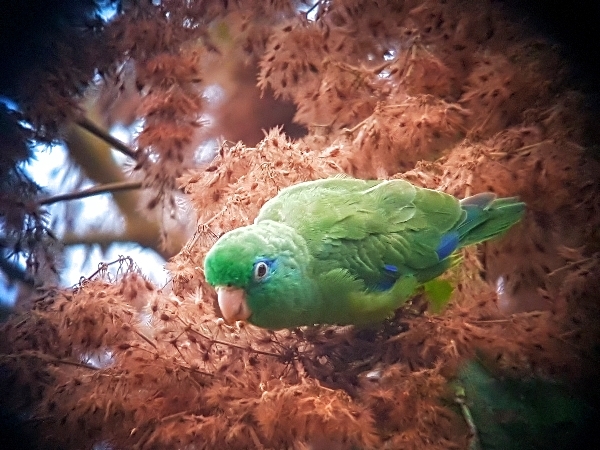 one of the 20 or so Spectacled Parrotlets.

Birds were everywhere, we noted many of the common tanagers, thrushes, flycatchers and warblers. A Black-headed Brush-Finch was new for us as was Stripe-throated Hermit and we enjoyed a second viewing of Andean Motmot.

A few real gems came along during our next spell of activity. We tracked down a Magdalena Antbird before we watched White-bibbed Manakin, Sooty Ant-Tanager and Yellow Tufted Dacnis, we also saw our second Striped Manakin and added Purple Honeycreeper to the list. 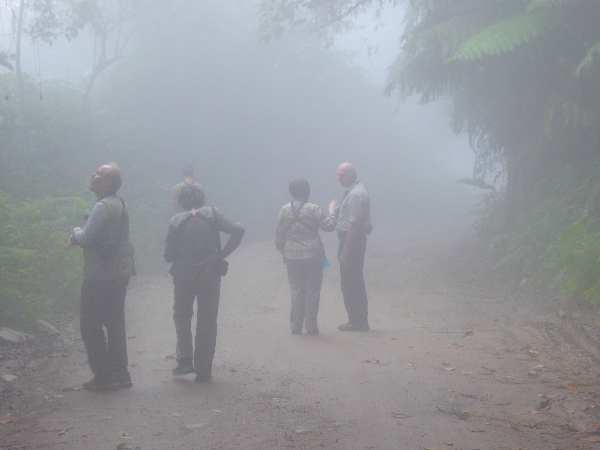 Back on the bus we spent a couple of hours getting back to Madellin where we stopped for lunch, we had then to drive right through this major town before heading south towards Jardin. It was 2:30pm when we pulled over for our second birding session on the south side of Medellin.

We had moved from the rain forest zone into a tropical rain forest biosphere and boy could we tell, the temperature and humidity were much higher and the forest track we walked along was sweltering in the afternoon sun. 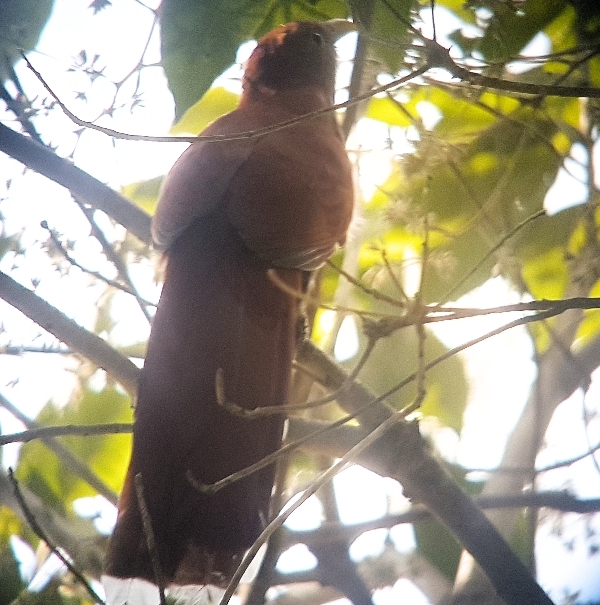 However, we did see a number of species new for the trip, a Black-crowned Antshrike was one of the first to go on the list we saw both male and female. Then we added Yellow Warbler, Clay-colored Thrush, Yellow-crowned Tyrannulet, Tropical Gnatcatcher and Yellow-margined Flycatcher.

Our three main target species were endemics, we heard the Antioquia Wren call a couple of times but it never showed. The Apical Flycatcher was nowhere to be seen but the  Greyish Piculet showed very well not far from the track. The heat finally got to us and by 4:30pm we were back on the bus with another 1 ½ hours to drive to our hotel. 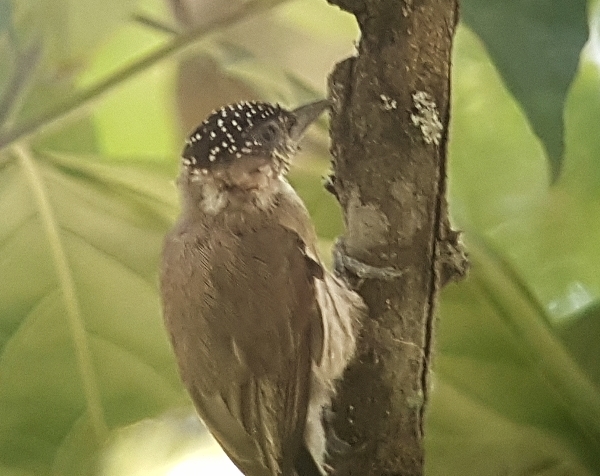 a record shot of the Greyish Piculet

After passing over the major River Gallon we drove the last 30km or so to Jardin, it was dark by the time we checked-in to the hotel. A diner and a cold beer went down very well. An early night was called as we are getting up very early tomorrow.