ANTPITTA DAY - WE SAW FOUR ANTPITTAS TODAY AND WE HEARD A COUPLE MORE!

Today was almost a complete replica of yesterday except for the late afternoon when we took a different route. Immediately after breakfast we walked to the nearest Antpitta feeding station where we once again we tried for the Bicoloured Antpitta this time we were successful because the bird came out of hiding and took a worm offering, however, this very shy and reclusive species darted for cover almost immediately, that was all we got, just 30 seconds.

For the next 4-5 hours we walked up to the ridge and along the same pathways as yesterday, it was just as exciting and full of birds. We also visited the two other feeding stations and succeeded in seeing three more Antpittas and much better views than those of the Bicoloured earlier. 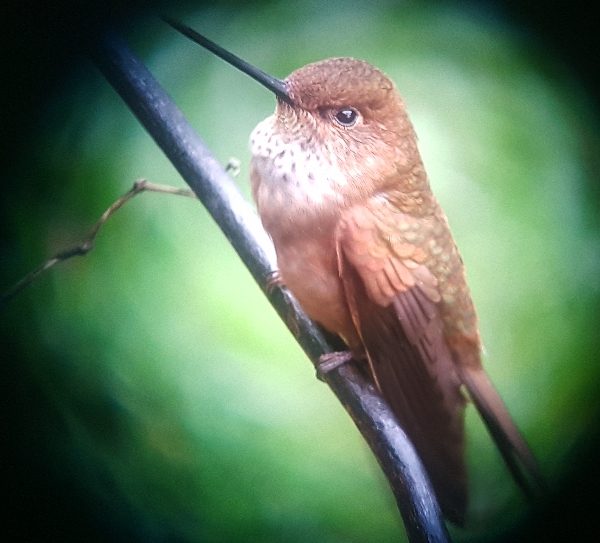 Brown coloured hummingbirds are not common - the Bronzy Inca

Then a few real goodies went onto the list, we had a second but brief view of Masked Saltator, a Masked Trogon was new for us, but the Capped Conebill was one from yesterday. More species turned up from yesterday’s list until we were show a roosting Stygian Owl, that was a big beauty. 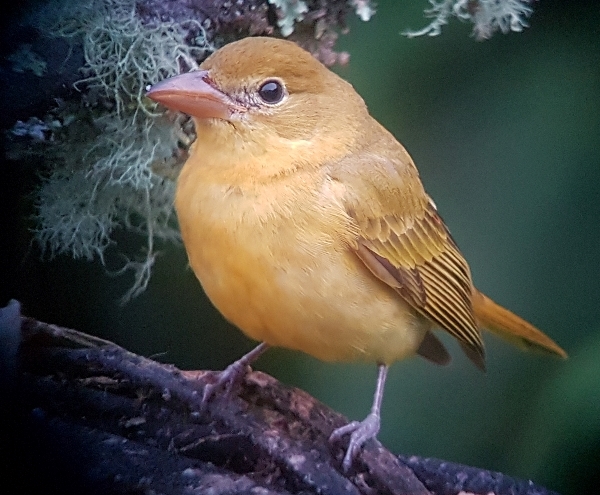 Walking back to the track at the Warden’s Farm we found another trip tick in the shape of the beautiful Fawn-breasted Tanager, we also saw Mountain Wren, Smokey-bush Tyrant, Emerald Toucanet and lots more of the same species as earlier. 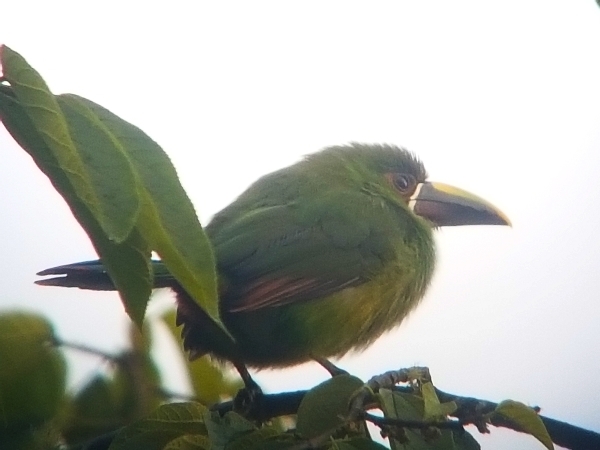 Today we walked further west along the ‘wardens’ track, just at the start we found a Masled Trogon, then we came to an open area where we saw a group of five Black-billed Mountain Toucans just before we found a pair of Red-crested Cotingas, what a stunning bird. 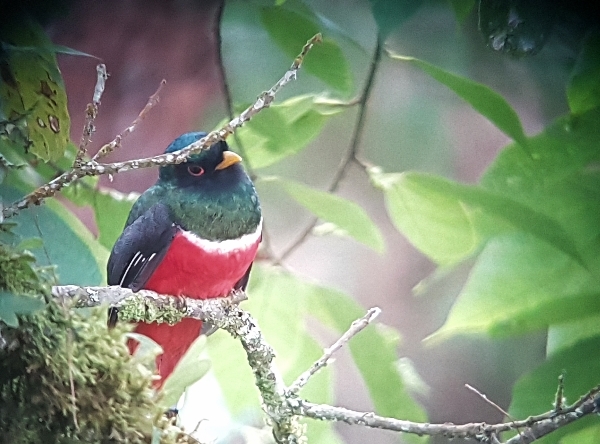 Other species seen and heard during the ridge-walks include Blackish Tapaculo (heard), White-tailed Hawk (seen by the guides only), lots of Blackburnian Warblers and common species of tanager.

The last section produced sightings of Rufous-headed Pygmy-Tyrant, another sighting of Masked Saltator and another new bird, the Flammulated Treehunter. 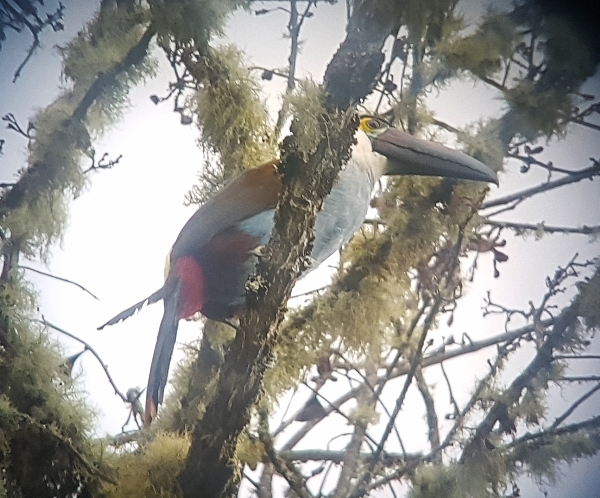 A slightly better picture of the Black-billed Mountain Toucan

Lunch was taken at 12:30 which was followed by a siesta until 3pm when we were supposed to set off on a walk down the track towards the Rio Blanco, however, the rain came down in buckets just around 3pm so that curtailed our afternoon jaunt. We did note a new hummer for the garden when a Mountain Velvetbreast arrived on the flowers, yes even in the rain. A Short-tailed Hawk circled over the hills a couple of times and the local Roadside Hawk spent some time in a nearby tree. I spent a lot of time trying to take a picture of the Buff-tailed Coronet which has the habit of opening its wings when it lands, you have get the timing right with a little point-and-shoot camera, here is the result…….. 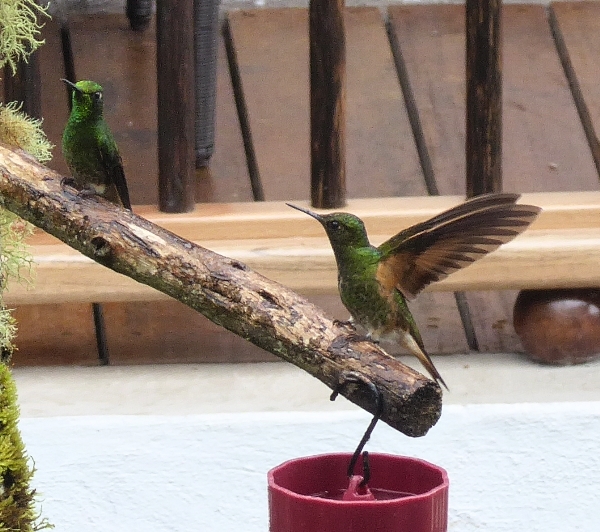 No more birding was achieved today, dinner was taken at 6:30pm as usual and we all retired early, tomorrow we move onto another lodge with another set of birds to look for.