The group all arrived in Costa Rica last night or late afternoon but by the time we had collected our luggage and waited for the shuttle bus it was dark with no time for birding. Half the group went out for dinner and the rest went straight to be after a long day.

Today we met at 6:30am in the foyer of the hotel and we went for our first birding session, it was bright and sunny, but windy and a temperature in the lower 20’s. We stared listing in the car park with a lot of common species such as Rufous-collared Sparrow, Clay-colored Thrush, Great-tailed Grackle, White-winged Dove, Red-billed Pigeon, Tropical Kingbird and Great Kiskadee. 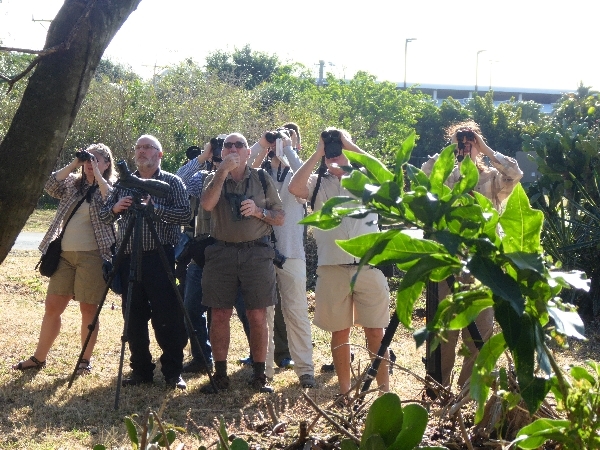 Walking in the grounds of the hotel next door we added a few more species, Blue-gray Tanager,  Hoffman’s Woodpecker, Tennessee Warbler, Yellow Warbler and a Rufous-tailed Hummingbird. A Turkey Vulture drifted over as did a Great White Egret, Great Blue Heron, we found a couple of the tiny Inca Doves on the lawn and a group of about 15 Crimson-fronted Parakeets flew over. We listened to the melodic song of the Rufous-naped Wren before we actually found a pair, we then moved on.

It got more interesting as we approached some waste-land near a tree-lined stream, first we found a Yellow-headed Carcaara, then a pair of Blue-crowned Motmots, a Squirrel Cuckoo appeared followed by a Buff-throated Saltator and a Black Phoebe messed about on the rocks in the stream where a ‘Jesus Christ’ Lizard  (Basilliscus basilliscus) sat out in the sun. 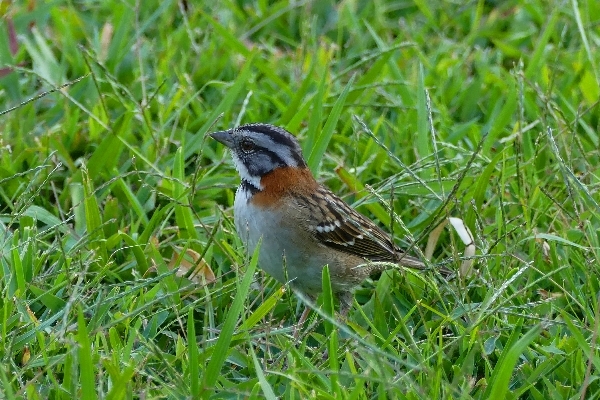 More of the same warblers appeared and we had better views of the Hoffman’s Woodpecker before we found a Masked Tityra and a Yellow-throated Vireo. We had now been out for two hours, we had go back to the hotel for breakfast, so off we went.

At 10am we all re-assembled to board the bus for out transfer to the Bougainvillea Hotel to start the ‘Official’ part of the trip. Johan our guide turned up at the hotel in good time to meet us and so did Roma our driver with his bus.

Our first destination was in the foothills of the Poas Mountain, which incidentally is an active volcano and erupted last November. We stopped in the ‘Fresa’ region where the most delicious strawberries are grown, at one of the roadside restaurants there is a ‘jardin de colibries’ – a hummingbird garden which is maintained by the restaurant owners. There are usually six or seven target hummingbirds to look for and we found them all. The Magenta-throated Woodstar was first on the list quickly followed by Lesser Violetear, Talamanca Hummingbird, Green-crowned Brilliant, Purple-throated Mountain-gem, Stripe-tailed Hummingbird (seen by just a few)` and the magnificent Violet Sabrewing. Wow, what a great ‘hummer’ start to the trip. 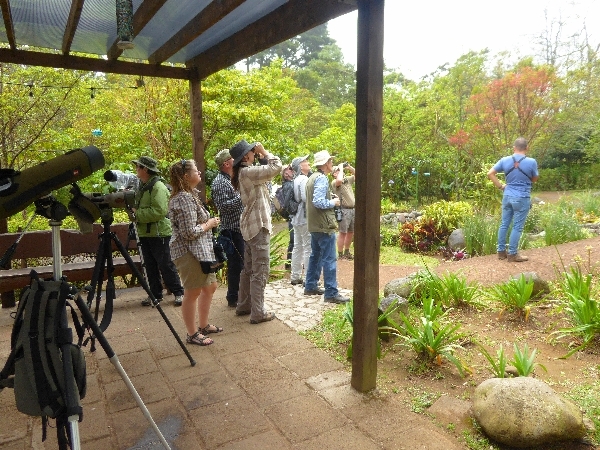 We also found Flame-colored Tanager, Buff-throated Saltator, Baltimore Oriole and a very surprising species sat in the top of a tree -  Eastern Meadowlark! 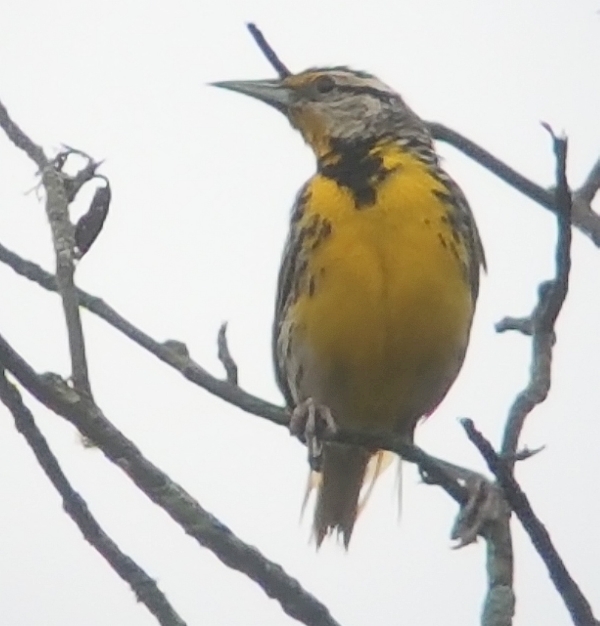 Most us then sampled the delicious strawberry milk-shake and ate a light lunch. From there we drove along a circular route up through the foothills and back down to San Jose. We made several roadside stops to look at perched birds or raptors, a few new species were added: Broad-winged Hawk, Gray Hawk, Zone-tailed Hawk, White-tailed Kite as well as Northern Rough-winged Swallow, Blue-and-White Swallow and Crested Caracara. 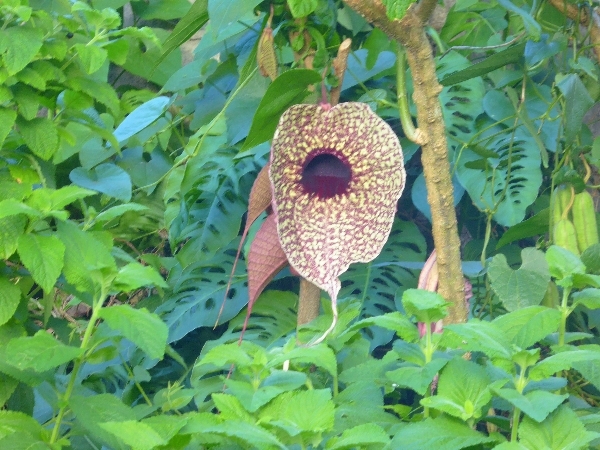 The 'Pelican' Flower with its trumpet-like shape, it produces a foul smell to attract flies to their doom

Our arrival at the Bougainvillea Hotel was around 3:30pm which gave us enough time to check-in have a quick cuppa and then a walk in the fabulous gardens. It was quite windy with scattered cloud which seemed to be increasing. A few more very nice sightings were made, the lovely Rufous-capped Warbler, a Philadelphia Vireo, Steely-vented Hummingbird and amongst other species we found a great species for the trip. During the past few years the Hotel has lost its reputation for producing Ground-Sparrows, because none have been seen there for 5-8 years, to me Ground-sparrows are rather mythical creatures. But now the myth was dispelled as we found a single White-eared Ground Sparrow, fantastic, although some of the group failed to see it.

That concluded our birding for the first day, we saw some 56 species, most of them new for the group.