We were now on the pacific slopes on the western side of the country, the weather got warmer and more humid and the birdlife changed completely..............

We met at 6am for another walk around the gardens and woodland at Talari Lodge, we had a clear sky, light winds and a very warm temperature which stayed with us all day. 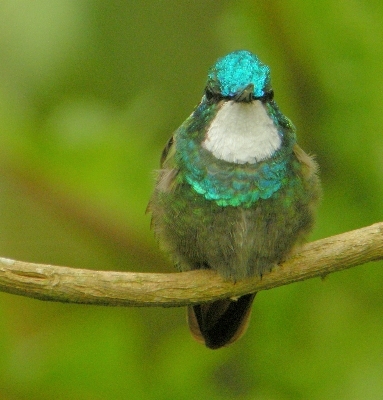 In the open area near the swimming pool we watched Red-crested Woodpeckers flit from tree to tree where several other species appeared, in fact there was a lot of activity. We found our first Tropical Gnatcatcher, we admired a beautiful Blue-crowned Motmot and several Grey-headed Chachalaca fed high up in the canopy, where several other species we feeding on fruit. A male Rose-breasted Grosbeak showed well next to a Buff-throated Saltator in the canopy with a variety of tanagers. A Streaked Flycatcher was new for us too, a striking bird doing what flycatchers do and a Long-billed Starthroat, a new ‘hummer’ for our list, sat and posed for us. 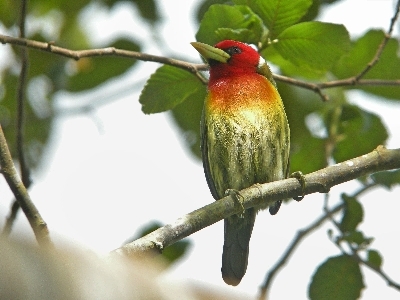 Breakfast was served at 7am but was interrupted several times when sightings were made of birds on the feeders or in nearby trees, we heard a Streaked Saltator and Roy our guide managed to see it but none of the group did. A Yellow-crowned Euphonia appeared on the feeder with the two varieties of Honeycreepers, both stunning species. Scaled Pigeons could be heard and some of the group saw a couple briefly just before we finished our meal. 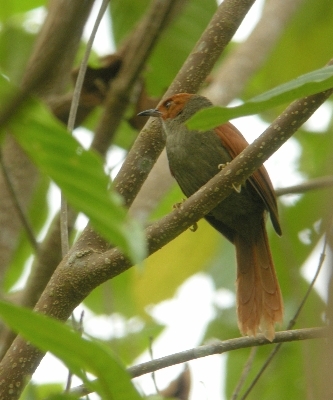 We were on the road by 8:15am heading for the reserve at Los Cusingos, founded by Alexander Skutch, the famous American author and ornithologist who put Costa Rica on the ‘birding’ map. A scheduled stop was made in an area with open pastures and scattered trees hoping for a sighting of a Pearl Kite, we found White-tailed Kite, Swallow-tailed Kite but not the Pearl variety. A few Forked-tailed Flycatchers were nice to see and the Smooth-billed Ani was a good find.

At Los Cusingos we explored the gardens around Alexander Skutch’s home, which is now kept as a museum in his honour, he died in 2004 just before his 100th birthday. The forest around the garden is supposed to be a good place to find White-crested Coquette, Fiery-billed Aracari and Turquoise Cotinga, we have seen all three of them in the past but none of them showed up today. 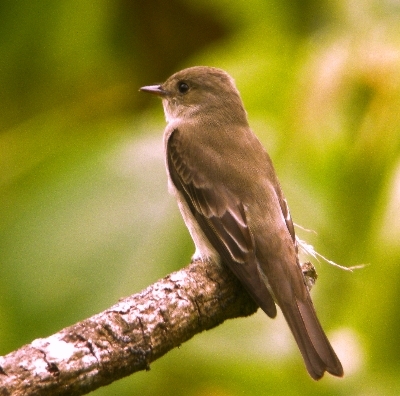 We took one trail into the forest for a walk that lasted an hour or so, birds we few and far between, it was only 10am but the temperature was up in the 30’s and the humidity was high too. We make a series of finds all which were new for us, Blue-crowned Manikin was nice but elusive, a Rufous Phia sat nicely for us then we found a couple of Red-capped Manakins, they were performing their ‘moon-walk’ display high above us. On the last leg of the walk we found a Golden-crowned Spadebill another nice addition to our collection. 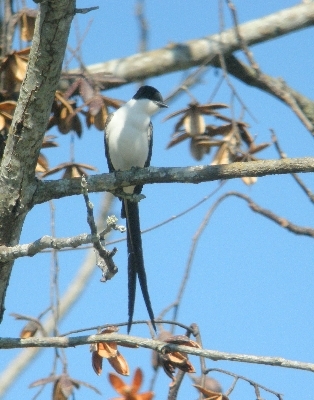 From Los Cusingos we hit the road and spent an uninterrupted couple of hours driving to the Pacific ‘Southern’ region near Quepos. A nice lunch break was made at a little roadside restaurant where the food was excellent then we drove a short distance to our next birding venue about 10km south of Quepos. The landscape had now changed from forested hills and mountains to very flat meadows and rice fields. There were also kilometer after kilometer of Oil-Palm plantations, a very mono-cultured environment which scant biodiversity, the thick palm canopy blocked any light from reaching the ground leaving a very lifeless ground level.

We drove through one such plantation to find open rice fields and cow pastures beyond, a water channel ran along the edge of the Palms with an avenue of mature trees running into the distance, this is where we directed our birding efforts. It was an amazing contrast to the Oil-Palm environment, wildlife was prolific, as well as over 30 species of birds we listed several mammals, reptiles, interesting insects and plants. 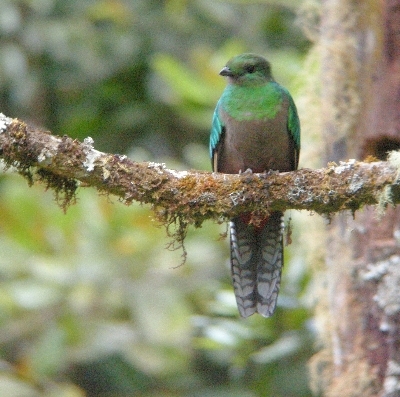 THE RESPLENDENT QUETZAL - FEMALE ABOVE, MALE BELOW 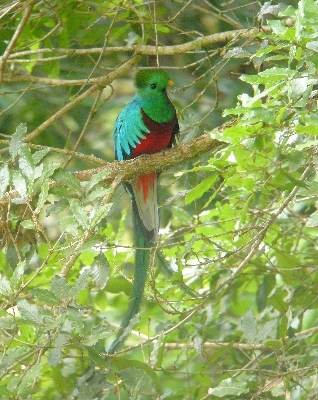 The meadows held large numbers of Cattle and Great Egrets, we also saw Wood Stork, Black Hawks and large flocks of grackles, cowbirds and seedeaters. Along the water-channel we found several open pools with Green Iguanas, Green Basilisk Lizards and a variety of birds including the American Pygmy Kingfisher. In the avenue of trees and bushes a good number of warblers were found feeding alongside other species such as orioles, buntings, flycatchers and tanagers. We found a number of the beautiful Indigo Buntings as well as American Redstart, Northern Waterthrush, Black-striped Sparrow, White-collared Seedeaters and we got a glimpse of a fly-by Pearl Kite. A Swainson’s Hawk circled above as Collared Swifts, Barn Swallows and many vultures filled the sky. It was a terrific birding stop and as we left the area we stopped to look at Squirrel Monkeys and White-faced Caphuchins. 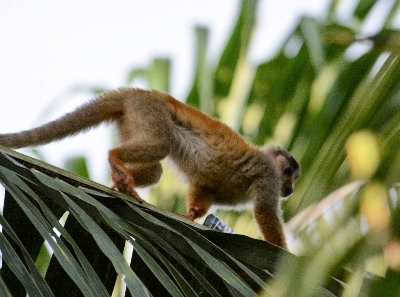 We continued our northward journey along the pacific coastline making a quick stop at Quepos where we listed Magnificent Frigatebird, Brown Pelican, Laughing Gull and not much else. So we pressed on and arrived at our new lodge around 7pm, it had been a long day, we had listed some great new species, we were hot and tired,  a nice cold beer went down a treat!