Our last full day was spent at Ensenada Lodge, we visited the Salinas, dry forest and the extensive grounds........

Ensenada is a unique place it combines three seemingly paradoxical roles, it is a Wildlife Refuge, a working Farm and a private hotel with 22 cabins spaced in well-manicured gardens and yet it appears to work well as the bird list alone is extremely impressive, we also saw Howler Monkeys along the approach track and a Mexican Tree-Porcupine during dinner last night. The habitat is essentially dry forest with pastures, salt-pans, mangrove swamp, lagunas, shoreline and the gardens. 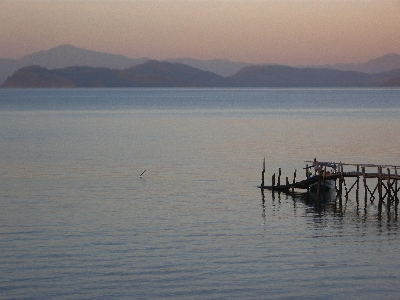 NICOYA BAY - TAKEN FROM THE GARDENS AT ENSENADA

We met up at 6am,  the weather was wonderful, a clear blue sky, no wind and lovely light, a quick look out into the Nicoya Bay from gardens produced a number of sightings, Magnificent Frigatebirds were ever present, drifting high up on the thermals, you hardly ever see them flap their wings! Brown Pelicans likewise, we also saw large numbers of Laughing Gulls, Royal Terns, a single American Herring Gull and a few Ruddy Turnstones. 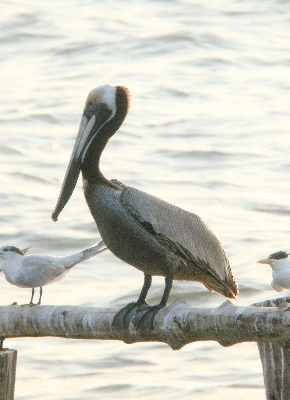 BROWN PELICAN ON THE JETTY

We then walked through the hotel compound where White-throated Magpie-Jays abound and Yellow-naped and White-fronted Parrots scream overhead from the canopy of the fruiting trees. We saw a pair of Turquoise-browed Motmots, our first Spot-breasted and Streak-backed Orioles as well as the more common Baltimore Orioles. A Ferruginous Pygmy-Owl showed well but was harassed by the grackles and Kisskadees and we noted several flycatcher species. 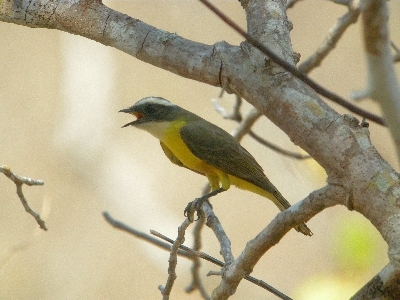 After breakfast we departed on the bus for the short ride to ‘salinas’ or salt-pans, we all jumped out of the bus we a call of ‘Laughing Falcon’ went up; this beauty sat well for the cameras and was left undisturbed after we had had our fill. We then decided to walk the remainder of the track to the pans, the heat of the day was already being felt even at just 9am! 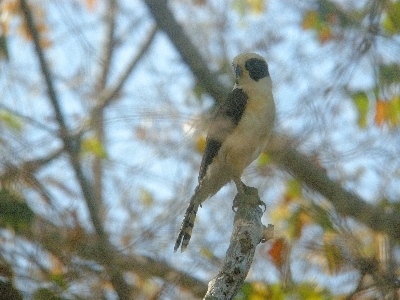 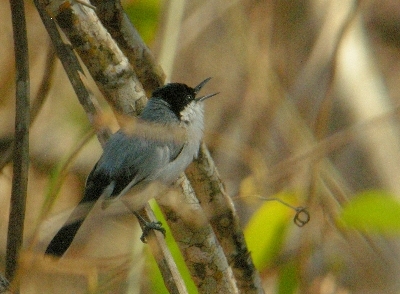 The salt-pans were a disappointment, they are usually frequented by many waders, herons and egrets, but today there was a lot of work-man activity and the tide was low so we only saw a few species. So we concentrated on the mangroves and the open scrub found a little further along the track. The Mangrove Vireo refused to be lured out of the dense foliage but we did see Yellow-throated Vireo, lots of Yellow Warblers, a Streak-headed Woodcreeper and a Northern Waterthrush. In the scrub area we found our prized sighting after Roy heard it call. It was the LESSER GROUND-CUCKOO, this highly sought-after species showed extremely well for us, what a great find by Roy.  A small lake provided sightings of Tricoloured Heron, Black-necked Stilts, Least Sandpiper but not much else. 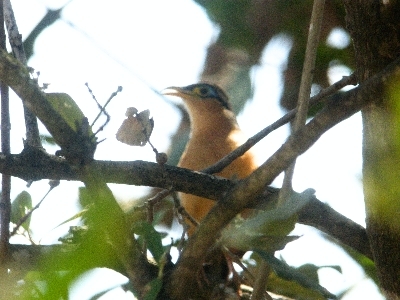 A  RECORD SHOT OF THE GROUND CUCKOO

We returned to the lodge at 11am it was getting really hot, 37C was recorded by some of the group, a long lunch was extended to all afternoon by some of the group, but a few of us braved the heat at 2:30pm as we set off into the dry forest area. We noted Orange-chinned and White-fronted Parrots along the way and to our great delight we found a Double-striped Thick-Knee, this bird appeared to be sitting on eggs so we kept our distance. 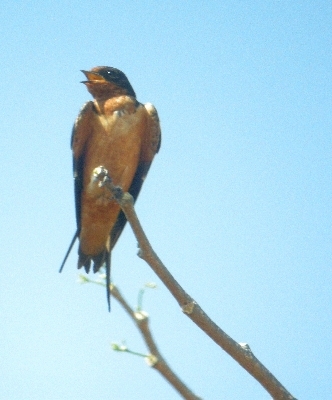 The forest walk didn’t produce much, a Squirrel Cuckoo showed well as did White-lored Gnatcatcher and several flycatchers, one person had good views of a Northern-beardless Tyrannulet. The last part of the walk produced a couple of nice sightings, a Banded Wren showed for a brief moment whilst a white-necked Puffbird posed on a vine and let us approach without flinching! 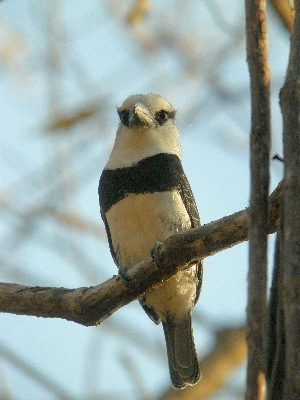 Back at the lodge we learned that some of the group had seen Crested Bobwhite so we went down to a nearby pool to look for them. We had no luck with the Bobwhites but we did see our first Solitary Sandpiper. 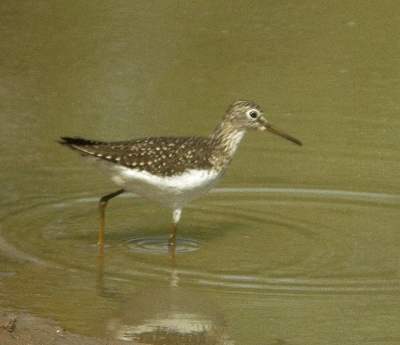 Finally some of us went to look-out point to watch the setting sun and to scan the large number of birds roosting on the jetty. Hundreds of Royal Terns were vying for space with Laughing Gulls, Sandwich Terns and Ruddy Turnstones, a few Brown Pelicans took the best positions. Below the jetty and all along the shoreline hundreds of Western Sandpipers jostled for spaces, there must have 10 to the square meter, the odd Dunlin could be seen with them. 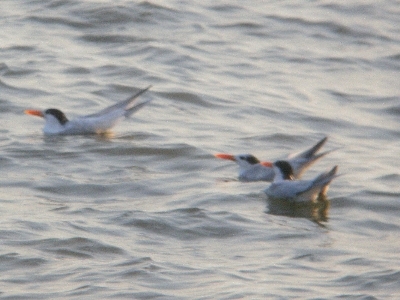 ROYAL TERNS -  floating on the water, a behaviour rarely seen by Eurasian Terns

Well that concluded our last day’s birding, we have a couple of hours free in the morning before we set off for the airport so our very last birding excursion will be made then.