Our final day had arrived, we had little time for birding but we still found several new birds for the tally, one of which was a real gem........

ENSENADA LODGE  -  TRANSFER TO SAN JOSE AIRPORT WITH A COUPLE OF SHORT BIRDING STOPS ALONG THE WAY.

Our very last day started the same as yesterday including the hot, dry weather.  We went for a pre-breakfast walk at 6am which was very pleasant but failed to produced anything new. A colourful array of species included: Turquoise-browed Motmot, Streak-backed Oriole, Stripe-headed Sparrow, White-throated Magpie-Jay and a variety of common species. 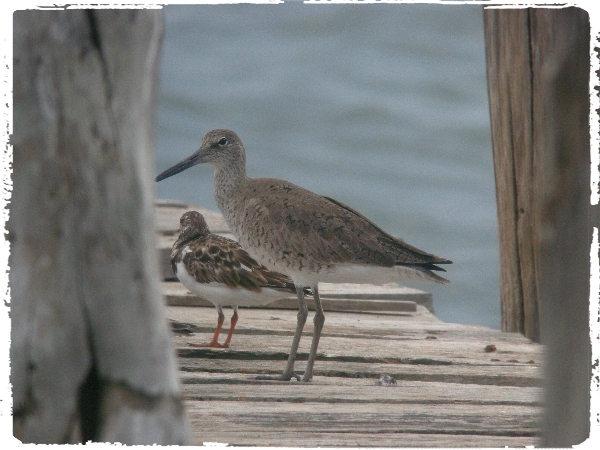 Willet  with Ruddy Turnstone  - taken down at the jetty

At breakfast we had to fight off the Magpie-Jays as they came down to steal things from our plates! By 8am we were packed and on board the bus. We drove for an hour or so and stopped in a beachside fishing village where we able to scan the pebbled shoreline for waders etc. It was devoid of shorebirds we only saw gulls, White Ibis and Black Vultures on the beach. A few Magnificent Frigatebirds drifted over but that was all.

Next we stopped in Johan’s childhood stomping-ground, a place of rolling hills, with small pastures and wooded valleys. We were joined by Johan’s father and together they led us down into a steep sided valley and up the other side. We first found a pair of Olive Sparrows in the scrub this was quickly followed by a most prized sighting, the LESSER GROUND CUCKOO, what a great addition to the trip list. The did exactly what is says on the tin, it hogged the ground walking slowly and stealthily in the scrub giving us fantastic views. 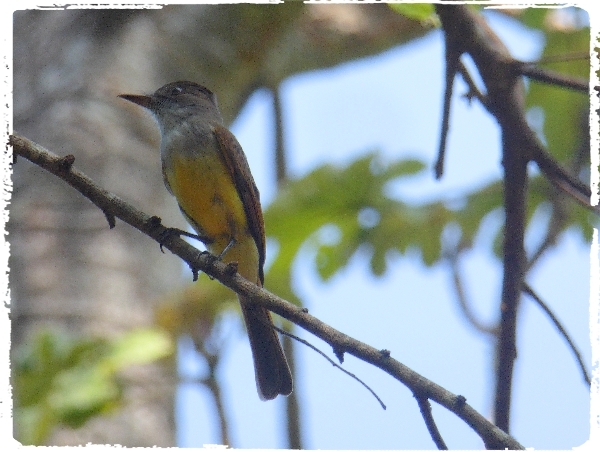 As we walked back down the bottom of the valley we put-up a Common Pauraque which was another trip tick, then Johan called out Long-tailed Manakin, it was a female so it didn’t have the long tail feathers of the male, but nevertheless it was our fourth new bird in about 30 minutes. We saw one or other good species in the woodland near a stream, the best of which was roosting Spectacled Owls, there were two of them, an adult and a fluffy white chick. Several other species were flitting about too, Dusky-capped Flycatcher, Tropical Gnatcatcher and a couple of Tanagers. 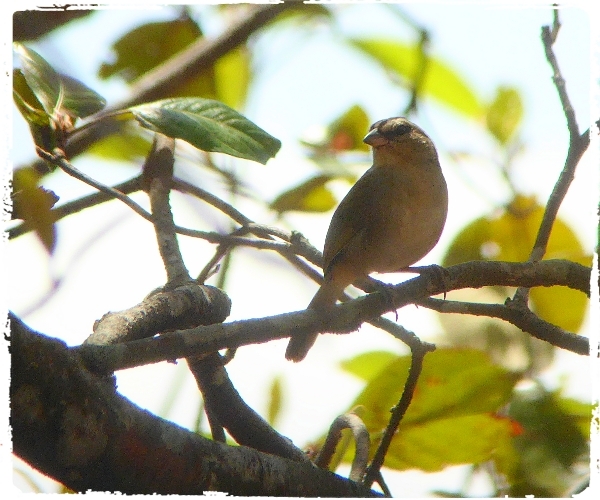 record shot of the Olive Sparrow 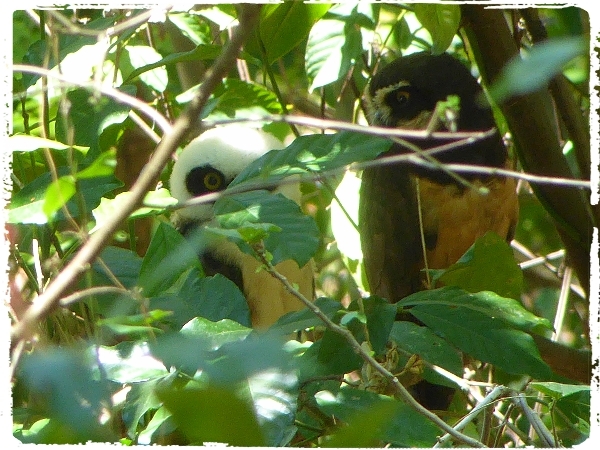 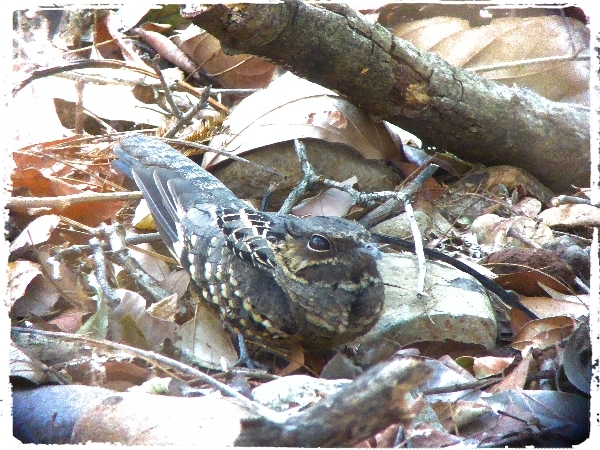 This last birding session epitomised the quality of birding in Costa Rica, you can literally stop anywhere in any habitat and at any elevation and find a hat-full of birds, it is an amazing place! 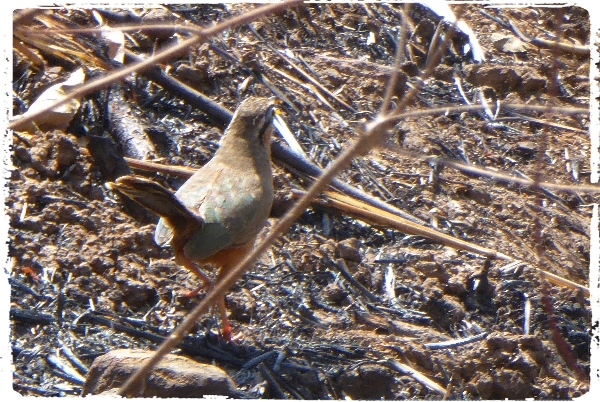 Now the trip was finally over, we bid a farewell to Damian our driver and Johan our excellent guide at the airport at 2pm. For four of us our flights home went smoothly the other six were staying on in Costa Rica for a few days. It was sunny and 27C at San Jose when we left and we arrived the following day at London, Heathrow where it was windy, raining and only 7C.