More great sightings at Selva Verde plus another superb 'hummer' feeding station in the Virgen Valley, we saw one of Costa Rica's endemic hummingbirds today........

Weather:  a beautiful clear morning to start then cloudy later.

We met at 6am for a walk along the trails of Selva Verde, it was a little misty but dry and after watching the bird feeding station for a while we set off into the forest along the ‘river’ track. A couple of Amazon Kingfishers flew by as we approached the water’s edge and then a SUNBITTERN was found on the far shore, we had excellent views of this strange looking bird before it flew off up river, it flew passed us showing off its’ lovely wing markings from where it got its’ name, what a great start to our day.

Other good birds seen during our walk included Bright-rumped Attila, White-necked Manikin, Red-throated Ant-Tanager and we saw a distant Keel-billed Toucan, this has to be the most colourful all of Costa Rica’s birds. 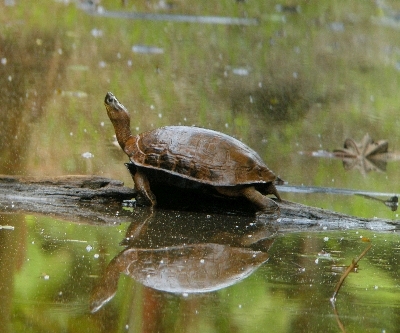 We continued our walking at Selva Verde after breakfast, this time we crossed the river and the main road to reach the Botanic Gardens, an area of exotic plants and many flowering shrubs and bushes. It was alive with birdlife, one particular fruiting tree held 10 species! We ‘scoped’ Golden-hooded Tanager, White-vented Euphonia, Shining Honeycreeper, Buff-throated Saltator and Green Honeycreeper which was another new species for our list. 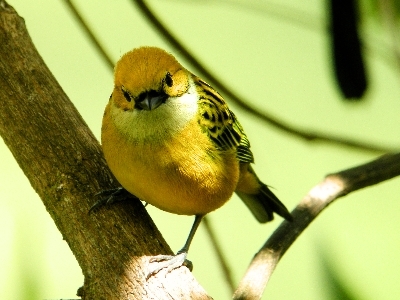 Several ‘hummers’ darted about, the Striped-throated Hermit was new for us as was a number of Woodcreepers, Plain-brown, Coccoa and Wedge-billed Woodcreepers we all seen well. We then walked a track that led us to an open area that had a large pond and several research buildings, the pond produced another Kingfisher, the Green variety and also a large Black River-Turtle (Rhinoclemmy’s funerae).

After a short rest we gathered again and boarded the bus for the hour long drive to La Virgen, an area of much higher elevation with steep sided forested-gorges and open pasture. Spectacular waterfalls seemed to be a feature in most the valleys. We stopped a couple times to look at various species the first stop was at a bridge that spanned a fast flowing river. The water was littered with large rocks and standing on a large boulder was a Fasciated Heron. We also found Black Phoebe and Torrent Tyrannulet, just before we boarded to bus a White Hawk was seen circling in the distance. 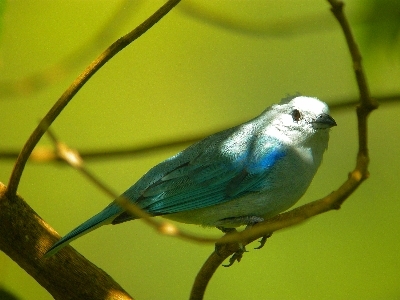 Finally we climbed to the top of La Virgen Valley where a restaurant had a superb ‘Galerie de C’ a ‘gallery of Hummingbirds’ which was a wooden terrace that looked over the valley giving panoramic views  which included a spectacular waterfall. The platform had many ‘hummer’ feeders and a large feeding station. It was buzzing with all types of birds, we added six new hummingbirds to our list including the Endemic COPPERY-HEADED HUMMINGBIRD. It was fantastic to see so many birds at such close quarters, the bird table attracted many tanagers, we added the Crimson-collared Tanager and Common Bush-Tanager to our list but seeing Silver-throated, Palm. Blue and Grey and Passerini’s so close was magical. 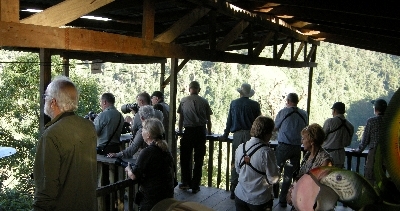 THE HUMMINGBIRD GALLERY AT CINCHONA

The restaurant served us lunch on the terrace whilst hummingbirds flitted around us, what a great setting and a unique experience. Following lunch we drove down into the valley along a side-track, we parked the bus and continued on foot. Past Wingspan Tours had found many excellent species during this walk but today was very quiet and it was not until we approach the bottom of the valley that birds began to appear. A Slate-throated Redstart was first to appear followed by a pair of Tufted Flycatchers, some of group saw a Scale-crested Pygmy Tyrant and then a Yellow-margined Flycatcher appeared.

A couple of Trogans appeared and caused a great debate, were they Orange-bellied Trogans or Collared Trogans? These two species have ranges that overlap and are virtually identical except for the colour of the belly, red or orange? This is of course is very subjective and also a light-dependent issue, Roy proved his identification diagnosis by playing the call of the Orange-bellied variety and got an immediate response.

We had another sighting of the White Hawk and had superb views of a perched Grey Hawk as we climbed out of the valley. Wet then returned to Restaurant’s Hummingbird’s Terrace in the hope of seeing one or two species that were missing from our list. The Regional Endemic - Prong-billed Barbet, finally showed up at around 4:15 pm, fantastic but qe never did see the Emerald Toucanet, oh well you can’t win them all!  But whilst waiting we enjoyed the hummers again and a flock of Montezuma’s Oropendolas was nice to see perched so close as well as White-crowned Parrots and Black Vultures.

We arrived back at Selva Verde around 6pm and met up at 7:30pm for dinner, our meal was interrupted when a shout went up of “Woolly Opossum”! We all dashed out onto the veranda to see this nocturnal gem, there it was climbing down a vine to the feeding station, another excellent mammal species added to the list.