For the last four years it has rained during my visit to Tapanti National Park but not today! We met at 5:30am for the short drive to the park entrance and as it got light we could see a clear sky, perfect weather for birding with no wind. We planned to bird along the approach track to the park for an hour or so then return to the lodge for breakfast and after that return to the park for the rest of the morning. 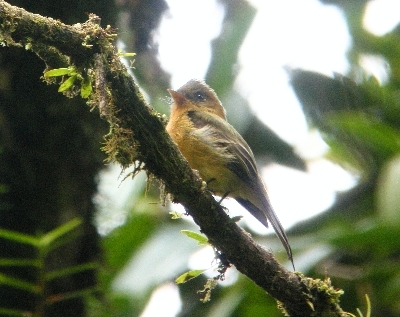 Our first sighting was of a Broad-winged Hawk, a juvenile sat on a fence-post next to the track, then we found a small flock of Yellow-faced Grassquits and a Black Phoebe. We started our about a kilometer from the entrance gate, we had forest on our left and open pasture to our right, the light was now improving by the minute. A Black Guan showed well for us before we spent some time trying to track down a small party of Black-breasted Wood-Quails, their very loud calls were ringing out from just inside the forest, but alas we never had satisfactory views of them. We met up with mixed flocks of tanagers and added Speckled-cheeked Tanager to our list we also saw Yellow-bellied Flycatcher for the first time. After an hour or so we had quite a list but we had to return to the lodge for breakfast.

At 8:30am we were back at the park, this time we drove several kilometers before disembarking to begin our walk. Tapanti protects some 300k hectares of mid-elevation primary forest, it has many well marked trails and a central track that cuts through the forest for  many kilomerters. Our plan was to walk back towards to entrance and bird along the main track which is exactly what we did. 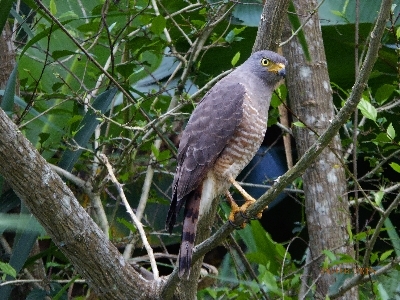 ROADSIDE HAWK seen by the roadside!!

Our plan worked a treat as we soon realised that there were a lot of birds to see, we bumped into many mixed feeding flocks where several species moved through the canopy feeding together. The mountainous terrain meant that we were either straining our necks looking high up to our right or we could birds at eye-level or below us to our left. We listed a good number of species over the next few hours with some cracking views of some very nice species.

Emerald Toucanet showed well but briefly whilst we spent some time tracking down a Spotted Barbtail and then a Red-faced Spinetail. We put some time in watching a pair of Golden-browed Chlorophonia what stunning looking bird, a few flycatchers went onto the list with the Tufted Flycatcher getting the most admiration. A Scale-headed Pygmy-Tyrannulet showed very well as did Slate-throated Redstart and several American Warblers. Some birds were not so obliging, Silvery-fronted Tapacula never came the same happened with Collared Trogan and we only got brief views of Grey-breasted Wood-Wren. 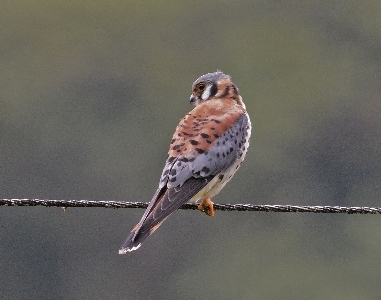 As lunchtime approached the bird movements reduced but we managed to finish on a high when we found the Red-headed Barbet in the same tree as  a Squirrel Cuckoo, this stunning barbet is a must-see Costa Rican gem. Lunch was taken back at the lodge and just outside the restaurant we could see a large colony of Montezuma Oropendolas, they were in the process of building their huge hanging nests. We also saw our first Melodious Blackbirds and one lucky person photographed a male Yellow-throated Euphonia.

During lunchtime it clouded over and the light diminished somewhat but we set off to look for new species, this time we drove nearer to the town of Orosi and took a track up into the mountains that led us to a dam with  a reservoir behind the dam. On the water we saw 50-60 Lesser Scaup and nothing else so we began our walk back down the track towards Orosi. Birding was very difficult because the light was so bad and the habitat was of mature forest with a very high canopy, nevertheless we saw a fair selection of species, lots of tanagers and a few American warblers. Some of the highlights included Golden-winged, Blackburnian, Townsend, Chestnut-sided and Tennessee Warblers.

We popped into Orosi town centre on the way back to the lodge and it was dark by the time we arrived, we did see a number of Common Pauraque Nighthawks that had settled on the track, a nice species to end the day with.