TRANSFER FROM CERRO LODGE (TARCOLES) TO TALARI LODGE (NEAR SAN ISIDRO) WITH A RIVER CRIUSE ON THE TARCOLES AND STOPS AT THE PALM PLANTATION NEAR QUEPOS.

We were up bright an early in readiness for our transfer and our river cruise, we loaded up the bus before breakfast which was taken at 6am. It was 7am by the time we arrived at the river to board our private tour. As we had seen all of the birds available upriver we concentrated our efforts in the mangrove forest near the beach. 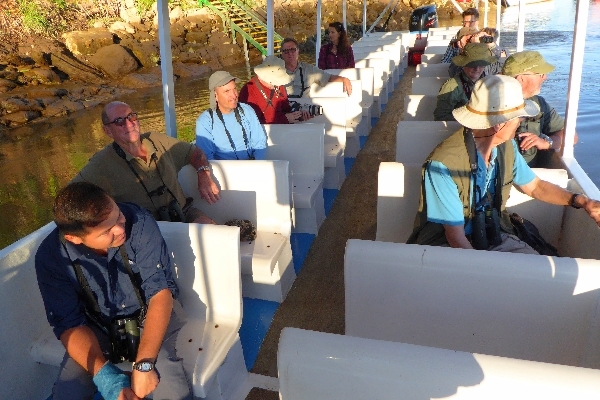 The weather was just perfect, bright sunshine with a cooling breeze and a ripple of waves. We quickly racked up a sizeable list of herons, egrets, waders and others such as Neotropical Cormorant, Brown Pelican, Magnificent Frigatebird and a couple of Ospreys.

In the mangroves we saw Boat-billed Herons, black-crowned and Yellow-crowned Night Herons. We drifted along a wide channel in complete silence, every sound from the mangroves could be heard clearly. Johan and the boat Captain soon found a few passerine species, starting with the Pygmy Kingfisher, what a colourful little gem living in roots and muddy banks of the mangrove swamp. 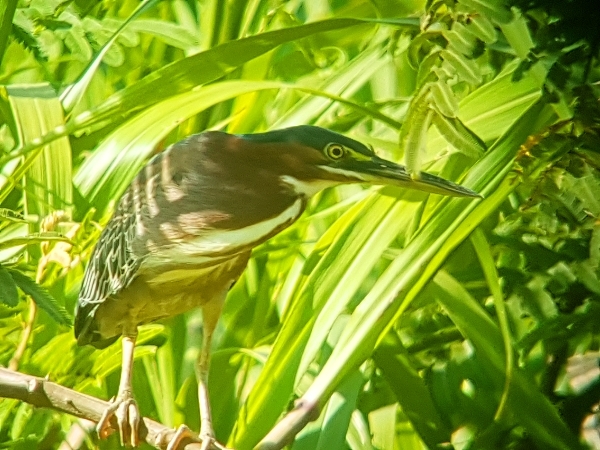 Ringed, Amazon and Green Kingfishers were also noted along with Mangrove Vireo, Panama Warbler and a hard to find Rufous-browed Peppershrike. Then someone shouted out ‘crake’ and to our right a Rufous-necked Wood-Rail, what a find, this bird is rarely seen by even the most dedicated Costa Rican birders. It showed extremely well for a short time before running off into the scrub, an instant bird of the day!

From the river we drove a short distance to another area of mangroves and a sandy beach where we searched again for the Mangrove Hummingbird without success. On the shore we added Sanderling to our wader list and we also watched Ruddy Turnstone, Western Sandpiper, Semipalmated Plover and another Ringed Kingfisher. 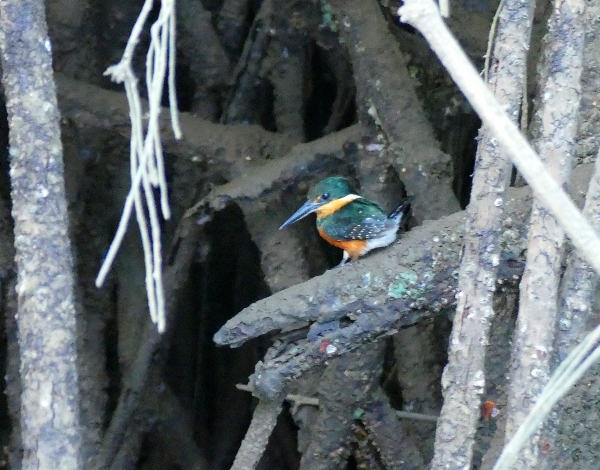 For the rest of the morning we intended to drive south to Quepos but unluckily for us a strike by local fishermen meant a blockade on the main road and a diversion which cost us 2 hours. Our diversion route took us through miles of Palm Oil tree plantations and across some dodgey fords and bridges, it was quite an adventure.

The delay meant that we had to miss out a sea-watch at Quepos and a late lunch. After lunch we visited a wetlands area south of Quepos called Playa del Rey where hoped for ducks and waders. Unfortunately, the wetlands were almost dried up with few species present. We did see Southern Lapwing, Black-bellied Whistling Duck, Blue-winged Teal, Black-necked Stilt, Purple Gallinule and a good selection of herons and egrets. 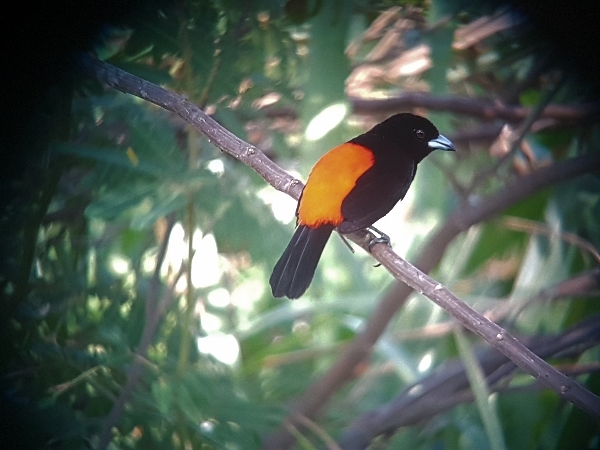 A number of new birds for our list were found in the grassy fields and tree-lined tracks, Yellow-headed Euphonia, Plain-breasted Ground-Dove, Cherrie’s Tanager and Peregrine Falcon, we also had great views of a White-tailed Kite (we call it a similar species Black-winged Kite in Europe) as it hunted over the fields.

Another new bird was added as we stopped at a gas station for fuel and an ice-cream when a flock of Costa Rican Swifts flew over us. But that was the last bit of birding of the day as it took nearly 2 hours to get to our next lodge, we hit San Isidro at ‘rush hour’ and spent a very slow hour getting across the town. It was dark when we arrived at Talari Lodge. 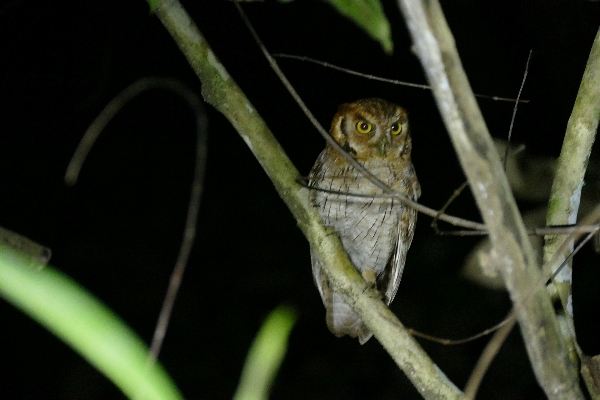 The Tropical Screech-Owl another one from Ray Marsh

Dinner was delayed a little as we sorted out our rooms, two other groups arrived at the same time there was a little chaos at check-in. A Tropical Screech Owl was heard at dinner and a Four-eyed Possum paid us a visit. We went out afterwards to look for the owl which showed very well in torch-light, it is always nice to finish the day with a good sighting.