ALL DAY AT ARENAL OBSERVATORY LODGE - WALKING THE FOREST TRAILS

from our bedroom window It looked like being a nice bright morning with a mild temperature and that is exactly how it turned out. We met at 6am on the huge viewing platform attached to the restaurant where we could look over the gardens and bird tables. There was no sign of Mount Arenal as it was completely engulfed in clouds.

The feeders were stacked with bananas and melons and very soon they were covered in Montezuma Oropendulas, Brown Jays and the much larger Crested Guans and Great Currasows. A host of Coatis were assembled below the feeders waiting for scraps to be dropped by the birds. 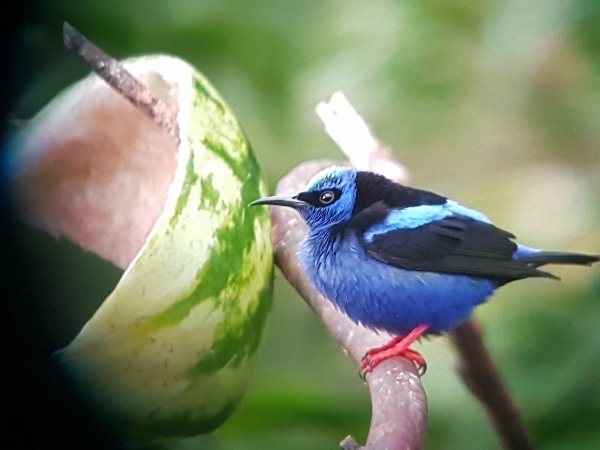 One of the gems at the feeders, the Red-legged Honeycreeper

Our walk took us through the lovely gardens where we met our first Black-crested Coquette, along with a Violet-headed Hummingbird and a Purple-crowned Fairy. There was great excitement when a Three-wattled Bellbird sighting was reported by another group just a 100 meters from where we were standing. But despite rushing over we failed to see the bird, oh well, maybe later in the trip.

We did notch a few species in the area with sightings of a Blue Dacnis, a Pale-billed Woodpecker, Collared Aracari, Keeled-billed Toucan, Black-striped Sparrow and our second White-throated Thrush. 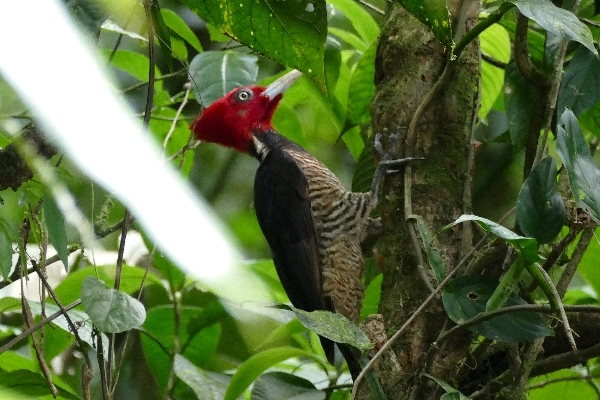 Our return walk also produced some nice views of a number of species, we found Tropical Pewee, Golden-Olive Woodpecker, Scaly-breasted Hummingbird and one lucky group member saw a Yellow-eared Toucanet. It was from a suspension bridge that a Bare-necked Umbrella was spotted by Shahar, one of the group, most of us were ahead of him and had entered the restaurant for breakfast. We all came rushing out to see the bird which promptly flew off to different perches giving us all a bit of a run around before it disappeared for good. 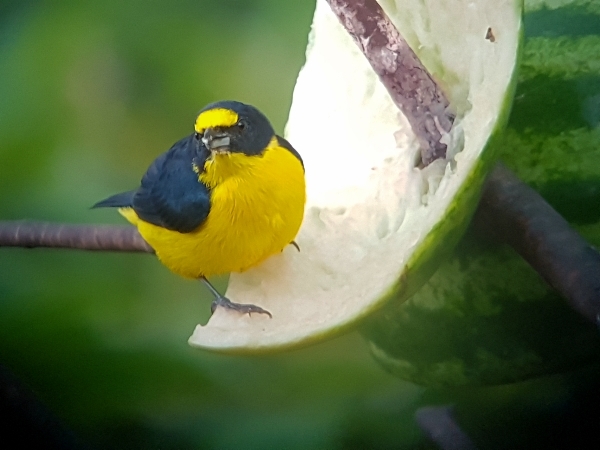 After breakfast we took the Waterfall Trail and spent most of the morning walking through some lovely forest, the road leading to the track was lined with Rainbow Eucalyptus which have he most colourful bark I have ever seen on a tree.

At the beginning of the track we stopped for a second look for the Bellbird where a number of other people had gathered. Suddenly the loud bell-like call rang out and we quickly located the bird, the THREE WATTLED BELLBIRD, a male sat right above in full view, amazing. 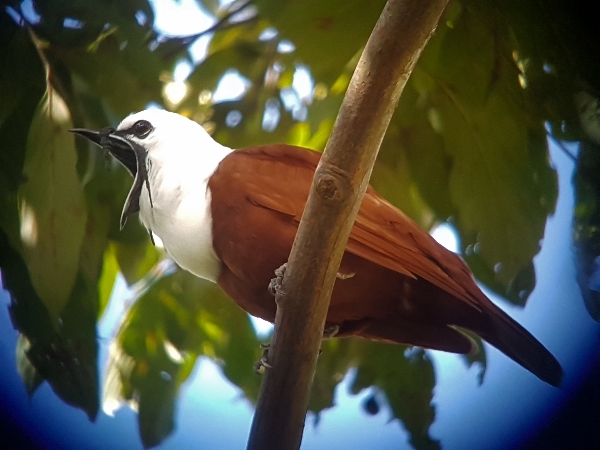 For the next three hours we walked the trails, it was quite windy but sunny and dry, it was hard work trying to find anything. I think we listed about 10 species three or four were additions to our list: Dull-mantled and Spotted Anrbirds, Scale-crested Pygmy-Tyrant, Golden-crowned Warbler, Grey-breasted Wood-Wren and a Piratic Flycatcher. 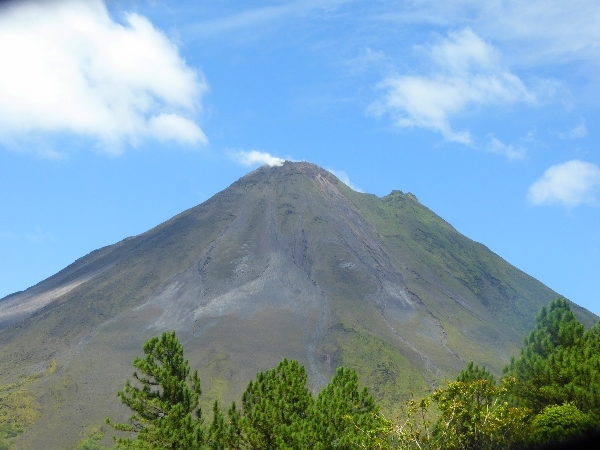 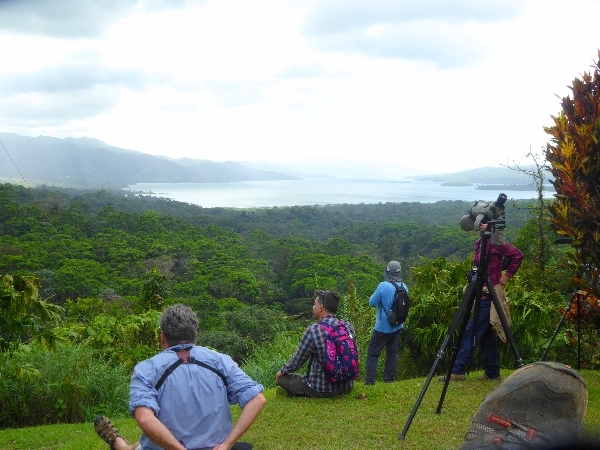 The group at a view poit overlooking Volcano Lake

After a long lunch break we resumed our walk at 2pm, this time we walked down the hill away from the lodge, it had clouded over and very light rain came down in short bursts. Birds were few and far between no new birds were added during our two hour walk. Back at the lodge we watched the feeders for a while, all the large birds had gone so we enjoyed great views of a number of tanagers, honeycreepers and Dacnis. We added Yellow-throated Euphonia and had superb views of Emerald Tanager, Red-legged and Scarlet-thighed Dacnis. 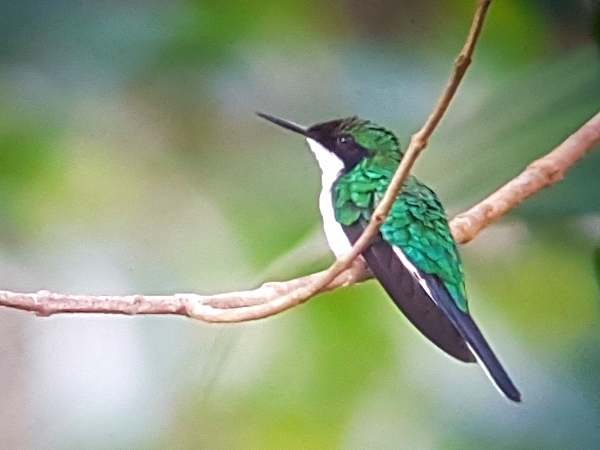 After dinner we took a short drive down the approach road to look at the Black-and-White Owl as some of the group didn’t see it well the first night.