We had a great start to the day during our early morning walk at 5:45am. It was quite windy with dense cloud and a few rain-drops were in the air. We walked down towards the gatehouse some 800 meters from the lodge, it was a steep declining road and we had set out a little early so that we would arrive at the birding site just as it got light.

The street lights went out just as we arrived and our target bird was feeding on moths that were attracted to the lights. At least two HEPATIC TANAGERS were dashing around on the tarmac chasing moths. This was a great sighting of a much sort-after species. Other birds seen with them included Carmiol Tanager, a Wood Thrush, a Buff-rumped Warbler and Johan called out a Rufous-winged Tanager but none of the group saw it. 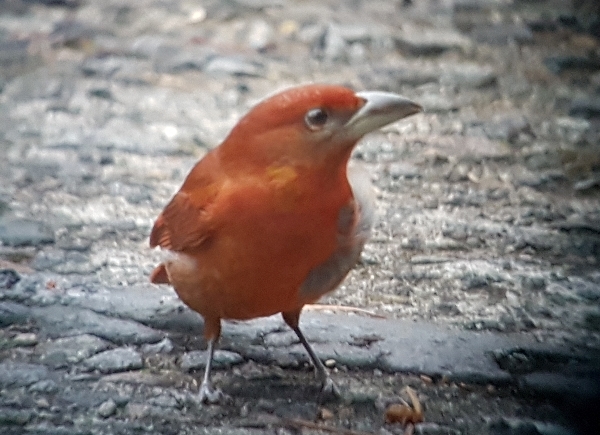 After breakfast we boarded the bus for our drive to the Volcano Lake some 10km away, we stopped a few times on the way down the main track. It was very quiet but we slowly built a list of species. The first stop was on a bridge over a small river where we logged Fasciated Heron, Black Phoebe, Northern Waterthrush, Amazon Kingfisher, Grey-capped Flycatcher and a number of Southern Rough-winged Swallows. 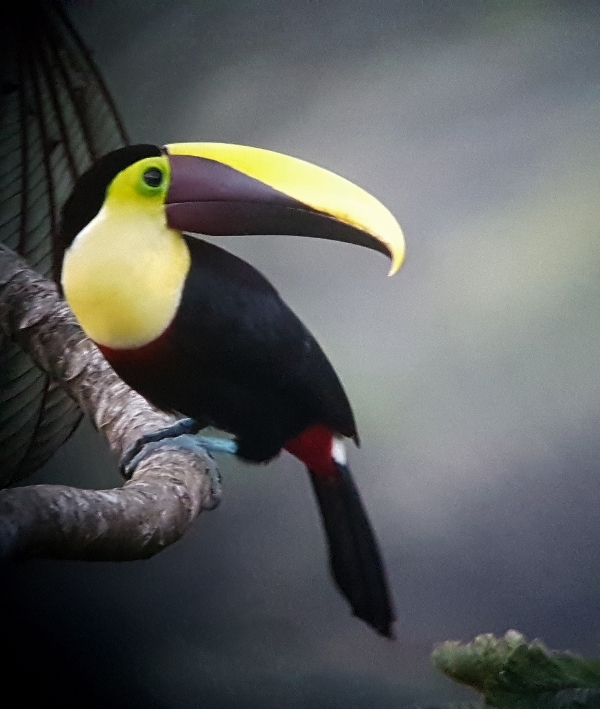 The Yellow-throated Toucan is a common species in this area

The next stop produced our first Black-headed Saltator and a few common species, we slowly worked our way along a peninsular until we reached a dam at the end of the Arenal Lake. We searched several times for the Kell-billed Motmot until finally Johan found one, his hard work paid off. 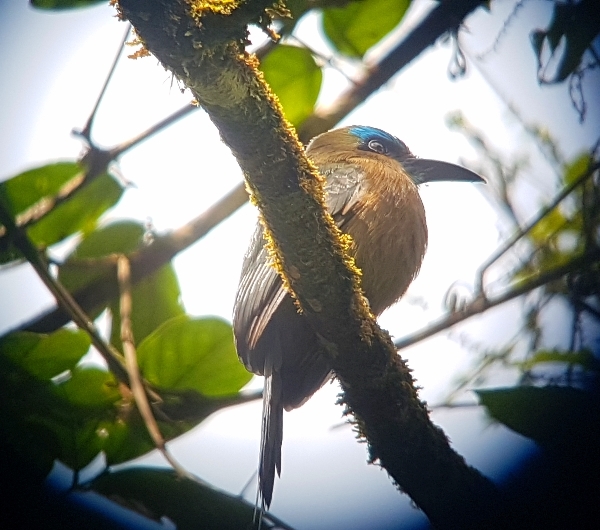 This was a hot spot for the Great Potoo, however because of the heavy winds and the rain showers the bird was not in its usual place, we did find a Three-toed Sloth and a Tree Swallow. 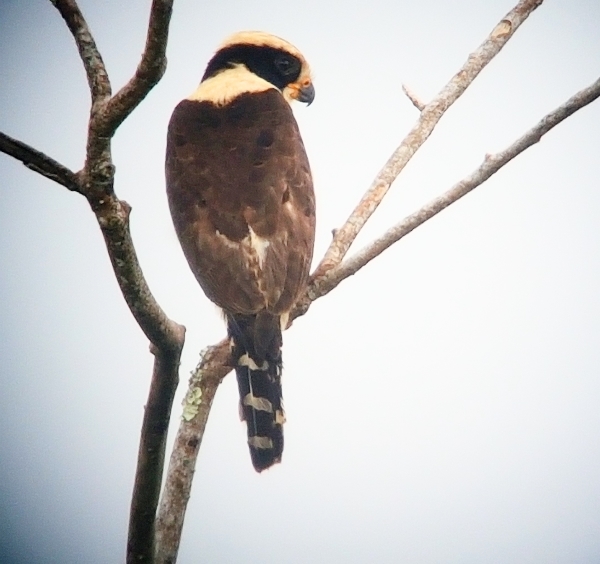 The Laughing Falcon seen from the road near La Fortuna

Next we drove into La Fortuna the nearest town, stopping a couple of times to look at hawks and a superb Laughing Falcon. On the outskirts of the town we turned onto to a private site that had a couple of ponds and some good birding habitat as well as a restaurant. We quickly found Green Heron, Yellow-crowned Night Heron and the enigmatic Boat-billed Heron. 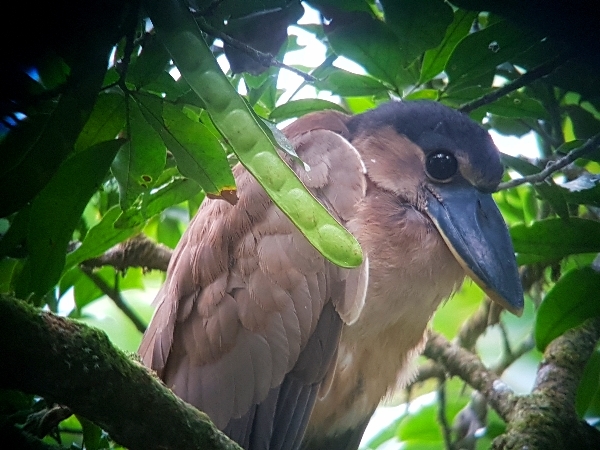 A Russet-naped Wood-Rail made a brief appearance and we also saw our first Spectacled Caiman. We then had lunch at the restaurant before boarding the bus and driving back towards the lodge. A second attempt at seeing the Great Potoo was also disappointing but we saw our first Thick-billed Seed-Finch in with a flock of Blue-black Grassquits and Variable Seedeaters.

We got back to our lodge at 3pm and decided to go back out again at 4pm for a short walk into the forest. We added one new bird to our list the Black-capped Nightingale-Thrush which was a terrific find and it showed well. 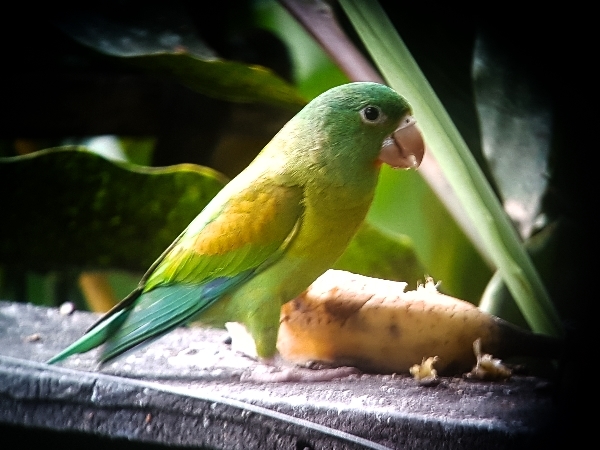 Orange-chinned Parakeet seen at the feeder near La Fortuna

Tomorrow we are leaving the wet conditions behind, hooray! And heading off to the North Pacific Coastline at Nicoya Bay. We have now seen over 250 species and we look forward to another 200 or so during the next week.