ARENAL FINAL WALK – TRANSFER TO LA ENSENDA LODGE WITH A COUPLE OF STOPS ALONG THE WAY.

The rain had the last laugh on us today! We met for our final walk at Arenal Lodge at 6am, it was windy and low dark, clouds lay just above. We ventured into the gardens to look for more ‘hummers’ to add to our list but we had to make do with Black-crested Coquette, Violet-crowned Hummingbird, Green Thorntail, White-necked Jacobin and the ubiquitous Rufous-tailed Hummingbird. We found our first Black-faced Solitaire and we added Three-wattled Bellbird for the third day on the trot. Then the rain came down, in steps, first lightly, then it poured. During a brief respite we found a feeding flock when some of the group saw Rufous-winged Tanager and we all saw a Rufous Mourner. The rain defeated us and we went back for breakfast at 7:30am.

By 8:45am we were on the road and heading for the Pacific coast but first we made another attempt to see the Great Potoo without success. As we approached the first bridge over a local river a group member shouted “stop” because he had just seen a Sunbittern. We all dashed out of the bus and sure enough there it was just below the bridge, fantastic! One of the most wanted birds of the tour, it really performed well, making short flights and giving us a great display of its ‘sun’ wings. 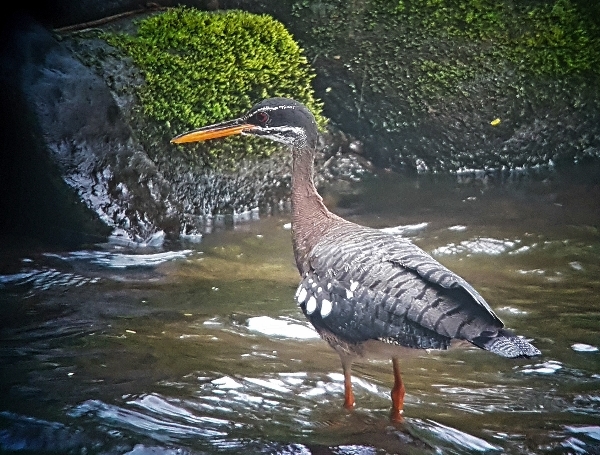 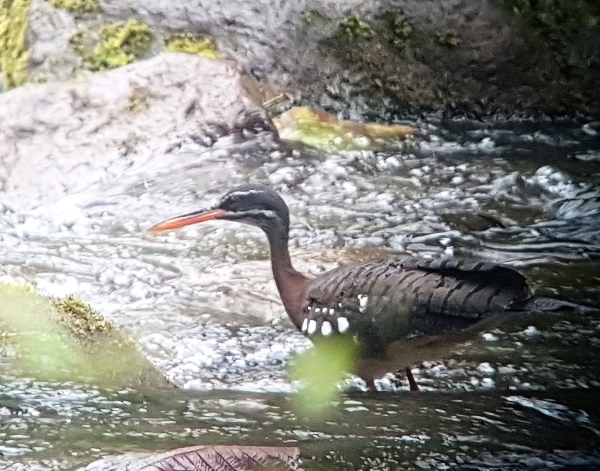 A buzz continued on the bus for quite a while after that, we made a couple more stops on the Peninsular Track where Johan got us all onto a Bare-headed Antbird and a couple more good species.

We headed away from the area around 10:30am and arrived at the town of Cañas at lunchtime, so we ate lunch at a local restaurant. It was around 2pm that we arrived on the approach track to La Ensenada Lodge, it was hot and sunny with a nice strong breeze. We parked up a couple of times along the way and we stopped for roadside birds. 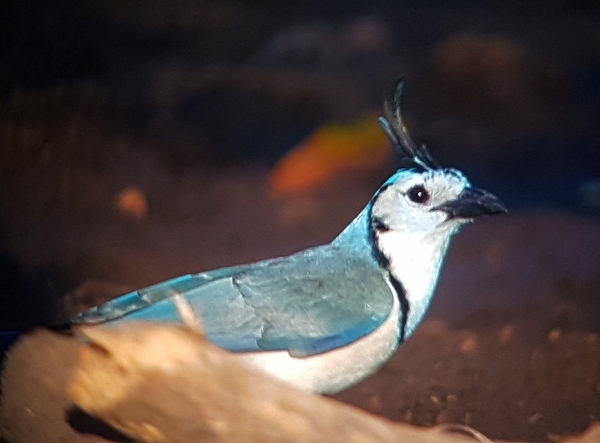 At the Lodge we spent some time settling in before we got out into the field. It was still very warm considering the time. Our walk around the magnificent ground was most enjoyable, we took in the superb view that all our rooms had over the vast Nicoya Bay. 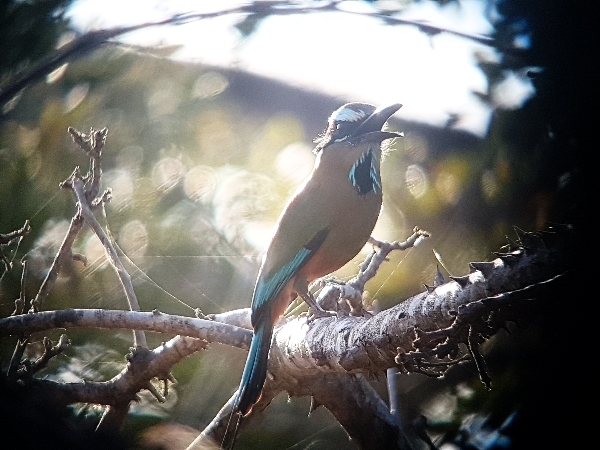 We ended up on the slopes looking down to the jetty which extends a good way into the bay. This is usually a great place to watch roosting gulls and terns but today a group of youngsters were using the jetty as a diving platform and they caused a lot of noise and disturbance. Eventually the kids left and things settled down, Spotted Sandpipers turned up in good numbers, at least 50 landed on the jetty.

Unfortunately, no gulls or terns landed but we did see a good variety of species fly past us, Magnificent Frigatebird, Brown Pelican, Laughing Gull, Royal Tern, Neotropical Cormorant, Willet, Whimbrel and a lot of small waders that were too far out to identify.

The sunset was amazing as we made our way up the slope to the lodge. Dinner was taken at 7pm the bird-log now stands at 286.