Despite being on the road for most of the day we picked a good number of new species and had a terrific early morning boat cruise. It was 6am when we boarded the boat having left the hotel 15 minutes earlier, the river was flat-calm and the light was exquisite. A gentle breeze waft across our bows as we set off down the river to the mangroves.

A Northern Waterthrush was one of the first birds to be called, quickly followed by Spotted Sandpiper, Willet, Great Egret, Little Blue Heron, Tri-colored Heron, Brown Pelican and White Ibis. We drifted near the shore when birds we seen in riverside trees such as Boat-billed and Yellow-crowned Herons, as well as Yellow-naped Parrots, Yellow Warblers and even perched Ospreys. 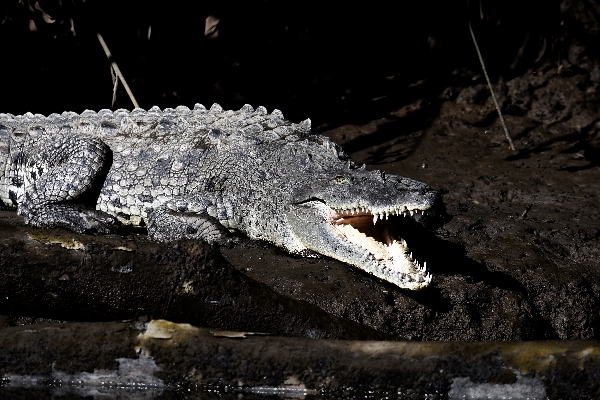 some of these very large lizards, I mean Crocodiles, sat on the banks waiting for one of us to fall in - by Richard Pettett

As we got to the edge of the mangroves we found our first Black-crowned Night Heron of the trip and we had fabulous views of both Prothonotary and Mangrove Warblers (the latter being a sub-species of the Yellow Warbler). We searched in earnest for the endemic Mangrove Hummingbird but our guide Johan only heard one, it did not show. 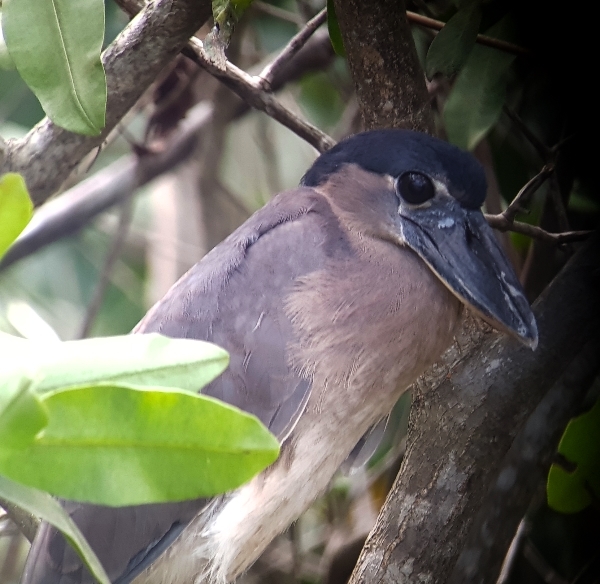 The Mangrove Vireo was a different story, this bird showed very well as did the Panama Flycatcher and several Common Black Hawks. We saw a few Red-winged Blackbirds and had great views of Green, American Dwarf and Ringed Kingfishers, also there was a constant presence of herons, egrets, Spotted Sandpipers, Neotropic Cormorants and Anhingas. 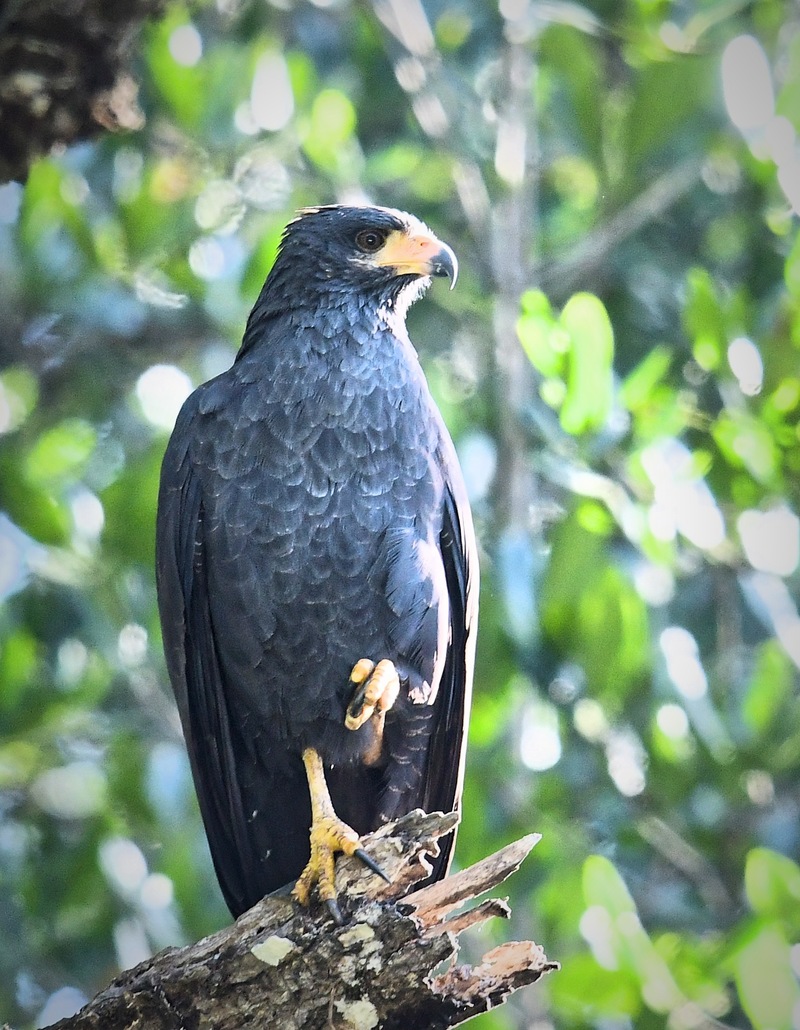 On our way back the tide was a little higher and a few Magnificent Frigatebirds were patrolling the river mouth we saw a few more waders and lts of herons and egrets. Back at the reception area of the cruise company we saw a Ferruginous Pygmy Owl before we got on the bus and drove back to the hotel. It had a great trip, only a couple of new species but a wildlife experience that will stay in our memories for a long time.

It was 8:45 when we sat down for breakfast and an hour later we were on our way south along the coast, we expected to be on the road for most of the day with several small stops planned. The first stop was at Quepos seafront where we scanned beautiful part of the coast coastline for seabirds. In a rocky bay we found a WANDERING TATTLER on the rocks and out to sea we watched a couple of distant Brown Boobies, plenty of Brown Pelicans flew around or loafed on the ricks and we found a Three-toed Sloth in the palm trees around the shoreline.

The group on the beach near Quepos

A few kilometers south we stopped for lunch in a roadside fish restaurant, the portions were huge, not many of us finished our meal but it was great food. Next stop was along a beach road which passed through a Palm Plantations, Johan spotted a Peal Kite perched high up on the dead tree and I the mangroves next to small pond we found Boat-billed Herons. Then after a visit to the beach to look for waders we stopped in an area of open grassland nearer to the main road, there we found many species and enjoyed a nice 30 minutes or so listing some nice birds. 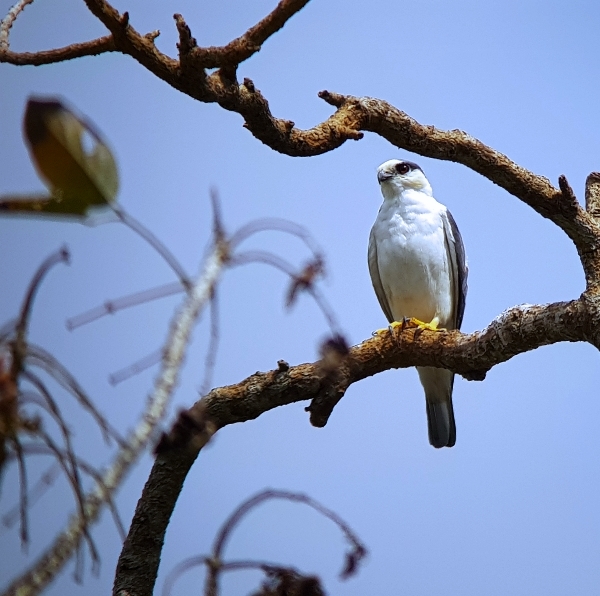 a nice find was of the Pearl Kite

We found a male Orchard Oriole with Baltimore Orioles, Red-crowned Woodpeckers were visiting a nest hole and lower down in the grass we saw a couple of interesting species. The first was a Pale-breasted Spinetail which showed intermittently in the grass and a Grey-crowned Yellowthroat which showed very well sitting on top of a bush.We also added a couple of hummingbirds to the list, the first was aCharming Hummingbird and the second a Long-billed Starthroat. 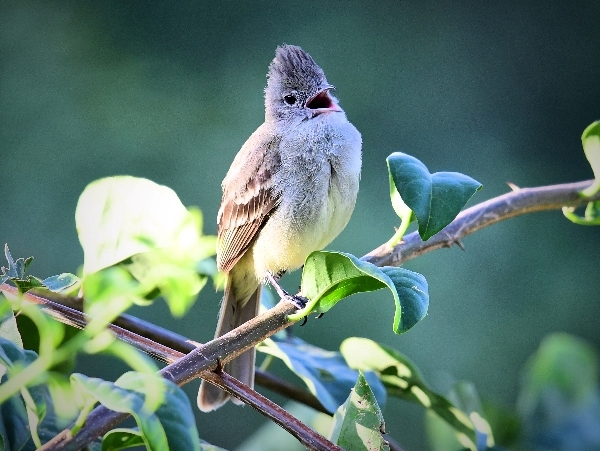 nice shoit of the Yellow-bellied Eleania by Richard Pettett

Our next stop was high up in the hills above San Isidro, it was a short coffee break at a restaurant which had bird feeders, the view from the terrace was stunning, down to a river and across miles of countryside to the distant mountains. We got reacquainted with a number birds that we hadn’t seen for a while such as, Green Homeycreeper, Blue-gray and Golden Hooded Tanagers, Tennessee Warbler, Yellow-throated Toucan, Blue-black Grassquit and a pair of Yellow-bellied Eleanias were visiting a nest in the garden. 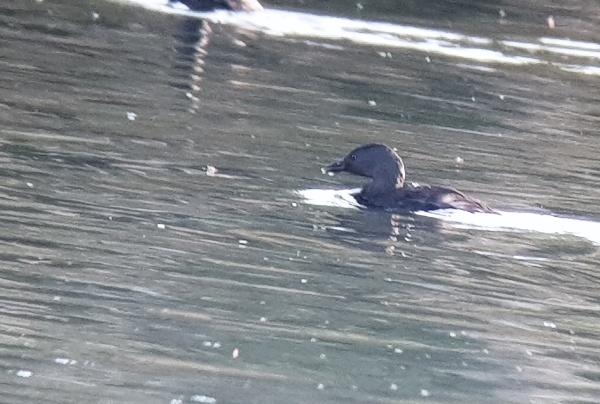 As we entered San Isidro we stopped at a sewage works where a couple of large open pools were covered in ducks, grebes and waders. Hundred of Blue-winged Teal joined fewer Black-bellied Whistling Ducks and a handful of Least Grebes. There was also Northern Jacana, Lesser Yellowlegs and the ubiquitous Spotted Sandpiper. The sky was full Barn Swallows and Southern Rough-winged Swallows, we left there around 4:30pm and spent twenty minutes getting through the busy traffic to our final stop.

In the suburbs near a police training facility and just ropund the corner from a school we parked the bus and got out to scan a row of trees in the distance. Johan found our target bird after a couple minutes. A TURQUOISE COTINGA what a little beauty and an obvious Villa fan as it was sporting some wonderful claret and blue colours. 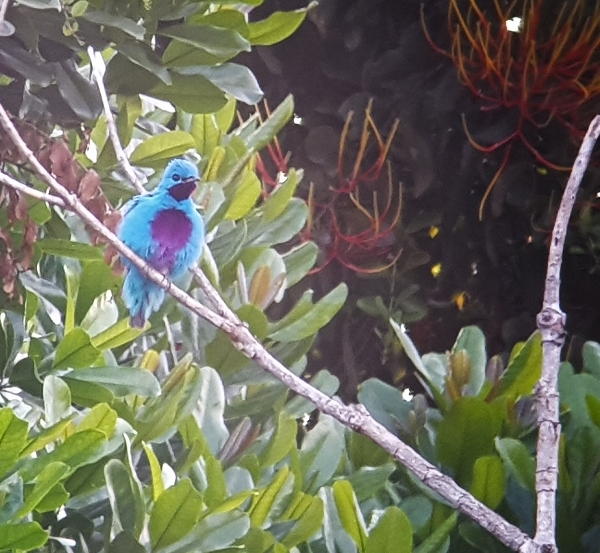 It took another fifteen minutes to get to the Lodge where we were staying for the night, phew! It had been a long but very enjoyable day, plenty of new birds for the list in the next five days we hope for another 80-90 species as we drive up to the high cloud forest.