WEATHER: dry, hot and sunny, cloudy and chilly at the Paramo. Cold after dark in San Gerrado

Our garden (woodland) walk at Talari Lodge produced some very nice new birds, we met at 5:45, the dawn chorus was tremendous but the cicadas were even louder. A short walk took us to a vantage point where we could look over the river, we saw the inevitable Spotted Sandpiper on the rocks and we found two White-tailed Kites perched on a distant tree. A Red-headed Woodpecker showed well and a Yellow-throated Toucan was also seen with plenty of common species.

We followed a winding path through the woods and a few of us got a glimpse of the Red-billed Nightingale-Thrush but this bird did not show well. Generally the birding was difficult with fewer species in the trees than have been in previous years. A Streaked Saltator was new for the list as was a pair of Yellow-Green Vireos. We saw Mistletoe Tyrannulet, Summer and Golden-hooded Tanager and on a second walk into the woods behind the restaurant building we found Grey-cowled Wood-Rail and the beautiful Orange-collared Manakin. 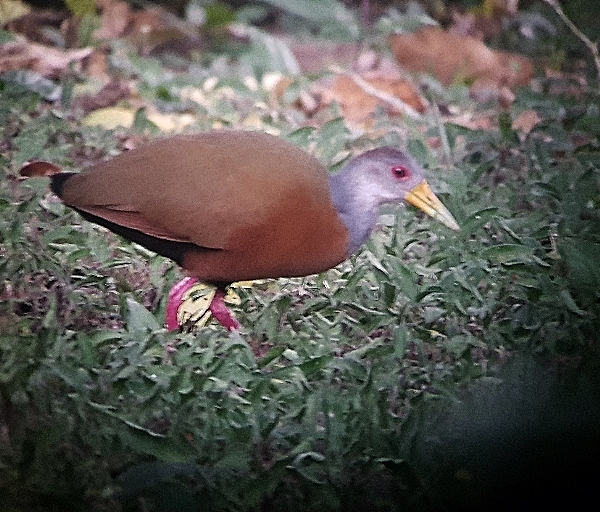 Hummers were few and far between, it was very dry in the gardens with few flowering plants and trees, no rain had fallen for four months which made a difference. We ate breakfast in the lovely open plan restaurant watching a few birds from there. Riverside Wren went on the list with Red-legged Honeycreeper and not much else. 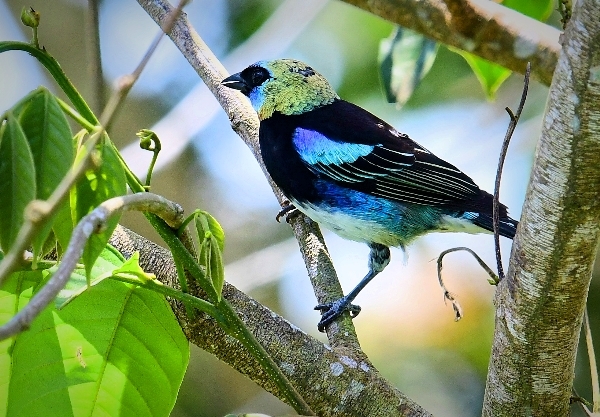 Before we left the owner of the lodge helped us try to find a resident Common Potoo, unfortunately for us this bird was not roosting in its usual place and could not be found. Just before we left at 8:30am a few hawks appeared in the sky, we saw four Swanson’s Hawks and a Roadside hawk. Our Talari was short but memorable, we were taking away a few new species and the experience of an earthquake which measured  5.9 on the richter scale!!! 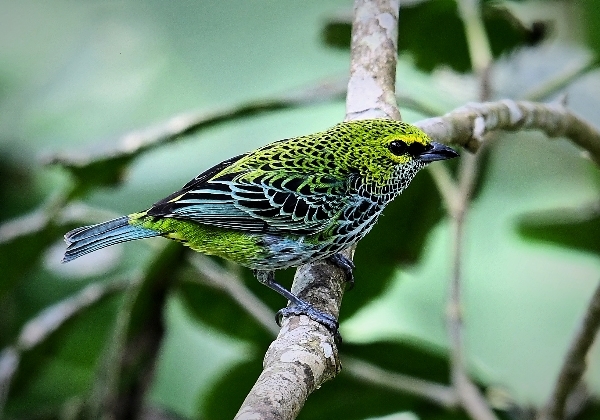 For the next two hours we drove around the suburbs of San Isidro and out to some nice farmland areas to look for the Fiery-billed Aracari, this rare endemic had eluded us so far. We found many species but not the Aracari. Several short walks added a few species to our list, the Lesser Greenlet was the most prestigious and did it show well. We also saw Sulphur-bellied Flycatcher and our views of Fork-tailed Flycatcher were outstanding, this bird flew towards us and perched right next to the bus, an amazing sight. 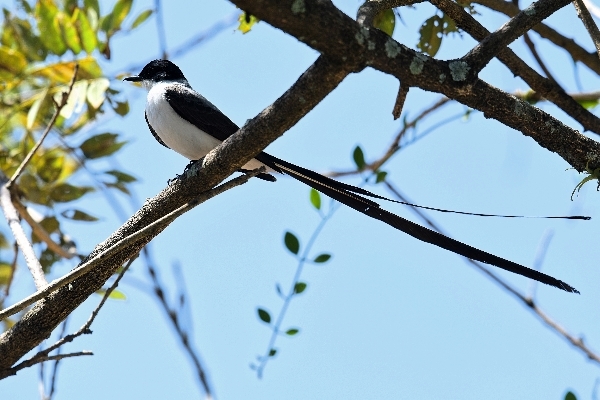 We finally left San Isidro and headed up into the Salamanca mountain range it took 40 minutes to reach our next destination which was a small private hotel business with fantastic grounds, full of flowers and bird feeders. The Bosque del Tolomuco is a regular stop for us and a number of hummers are the reason why, especially the White-crested Coquette. 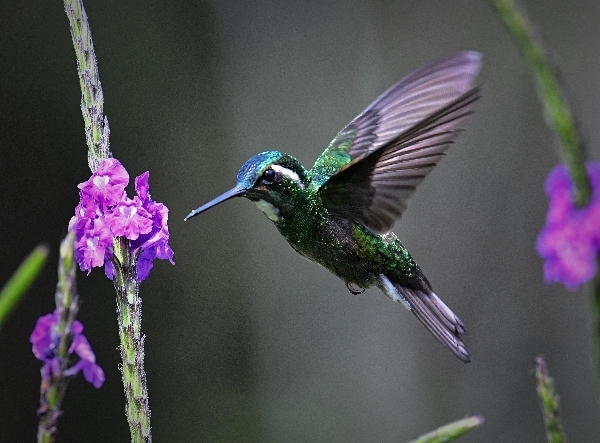 Flame-coloured Tanger is one of the most beautiful Tanagers, they lit up the feeders with an array of bright colour along with Speckled, Golden-hooded and Blue-gray. Several Tennessee Warblers also appeared with a number of hummers, we saw Green-crowned Brilliant, Stripe-tailed Hummingbird, Scintillant Hummingbird, White-throated Mountain-gem  and of course the Coquette which showed extremely well. 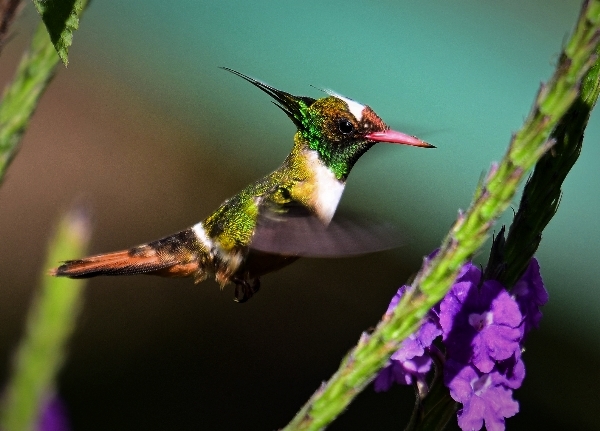 The sky was full of Swallow-tailed Kites and Vultures, we were hoping for an Ornate Eagle but one never turned up during our stay, so, after an hour we moved on and continued our climb into the mountains. We stopped for lunch at aa restaurant which had bird feeders around a terraced walk-way and one of the most stunning views into the central valley, we could see the large city of Cartago in the distance. 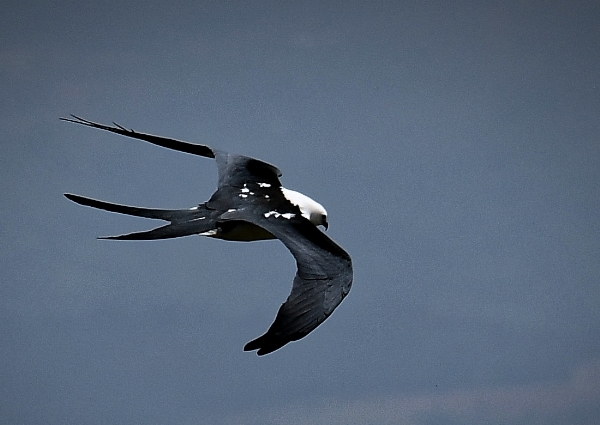 A few hummers came to the feeders, we saw Green-crowned Brilliant and  Violet Sabrewing, we also found a few warblers in the bushes and trees. The most stunning of the American Warblers has to be the male Blackburnian, what a beauty, the fields guide get nowhere near magnificence of this bird, we also saw Wilson’s Warbler, Chestnut-sided Warbler and Tennessee Warbler. 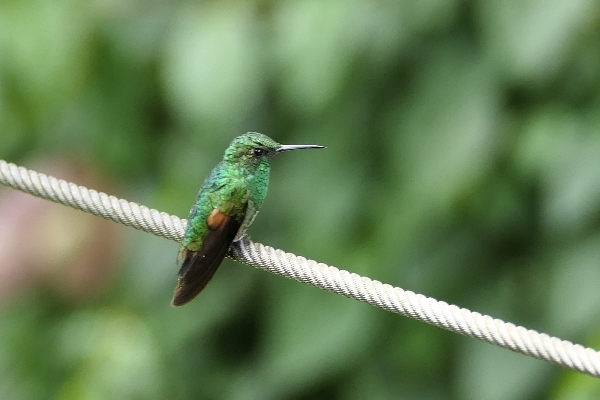 Our final climb into the mountains to us into the cloud forest habitat called the Paramo, this is a heathland type of scrub with thick undergrowth and stunted trees. We were in the clouds, it was windy and quite chilly, our main reason for being there was the Volcano Junco. It took us a while to find one but when we did we were rewarded with fantastic views of it. 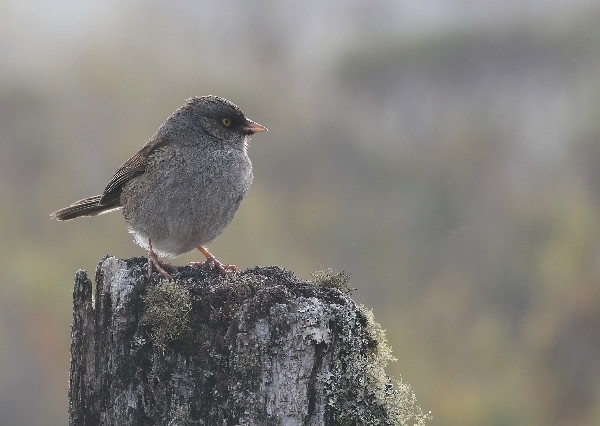 The final leg of the trip was the drop down into the hidden valley of San Gerrada de Dota, the winding, twisting road dropped us from almost 11,000 feet to 8,000 feet at the valley bottom. We saw many Sooty Thrushes along the way and a few saw Long-tailed Silky-flycatcher. We stopped twice to look for the Resplendent Quetzal, the first stop produced Sooty-faced Finch and not much else but the second stop was a resounding success! We found a male Quetzal and boy did it show well, the ridiculously long tail flashed through the trees as the bird moved from one perch to another, it was absolutely superb and group loved it. 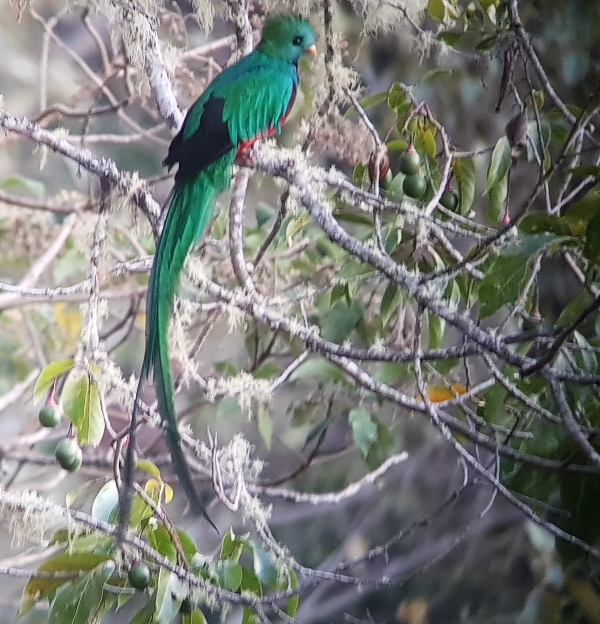 It was almost dark as we reached the Savegre Hotel a cloud of White-collared Swifts screamed above us as we made our way to our chalet rooms. A superb buffet dinner was served at 7:30pm, thus ended another long and eventful day in beautiful Costa Rica.