TRANSFER FROM SAN GERRADO TO ORORSI – WITH STOPS AT PROVIDENCIA ROAD, UJARRAS AND A COFFEE PLANATATION

Our early morning walk produced nothing new, we walked from the reception area at Savegre to the hotel next door and then down to the river. We saw many species as usual and had good views of Long-tailed Silky-Flycatcher, Ruddy-capped Nightingale-Thrush, Slaty Flowerpiercer and a few local hummers including Scintillant Hummingbird.

We were packed and ready to move on at 8am, so off we went as we drove past the Quetzal nest site the inevitable happened, a Quetzal was sighted so we all piled off the bus and had further views o this excellent species. We also watched Acorn Woodpecker, Rufous-collard Sparrow and Flame-colored Tanagers. 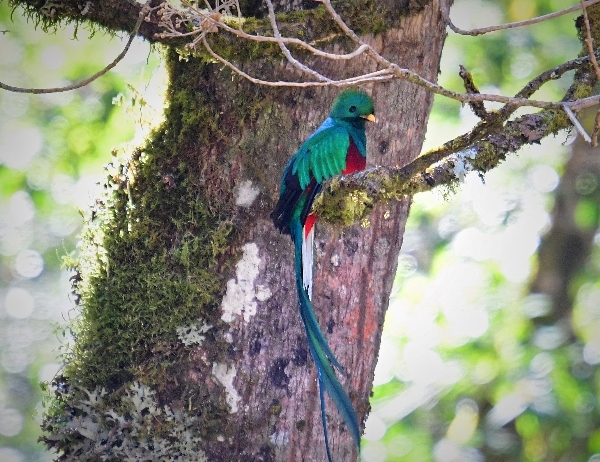 It took 30 minutes to drive out of the valley and climb up to the main road we then turned toward Cartago and after a few kilometers we turned onto a side-track to look for a few species missing from our list. Timberline Wren was a prime target and we soon had that little gem in the bag, it came quite close to the side of the road and we all got glimpses of it. 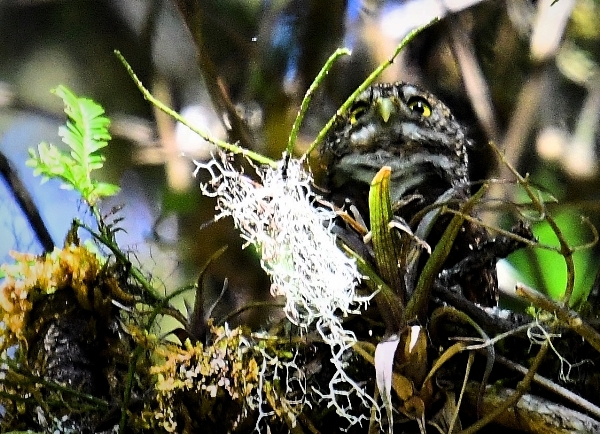 Sooty-capped Clorospingus was seen a few times and we found another pair of Resplendent Quetzals before we added Black and Yellow Silky Flycatcher to the list, we got Band-tailed Pigeon in the scope and just before we turned back to the bus we watched Yellow-browed Chlorophonia and we found the very rare COSTA RICAN PYGMY OWL, wow! What a great find.

Our next stop was at a small coffee plantation where we had a guided tour of the small holding and we were taken through the process of coffee making, the whole farm was organic, it was covered in wild flowers, birds and butterflies. We saw a few species of birds near the feeders which included Green-winged Vireo and Tennessee Warbler.

Our lunch stop was magical, we found restaurant near the famous old town of Ujarras where we could sit and eat whilst watching a number of feeders and the most prolific butterfly garden we had seen so far. It took a while for the birds to arrive but when they did we were thrilled to see them so close. 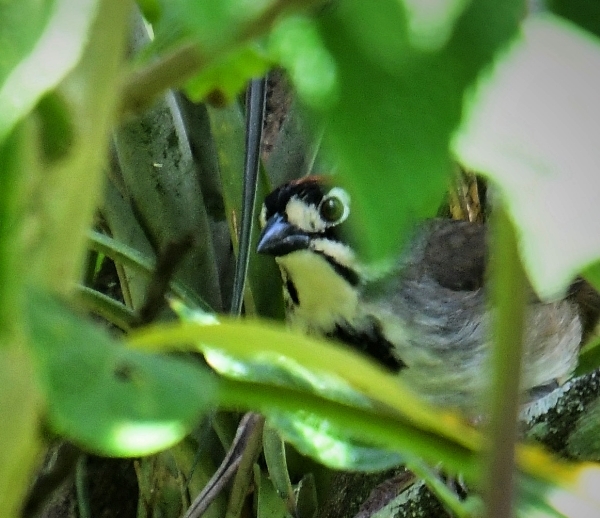 The most amazing bird to arrive was Cabanis’s Ground-Sparrow (formerly Prevost’s Ground-Sparrow), what a beautiful little chap and especially exciting for me as it was the first ‘real’ sighting I have had of this species. We had a lovely lunch with plenty of the most colourful birds around.

From Ujarras we drove directly to our hotel in Orosi, we all checked in and before dinner we took a walk along the lane outside the hotel. Our first White-vented Euphonia went on the list, plenty of other birds were seen too, White-crowned Parrots, Tropical Parula, Montezuma Oropendula, Brown Jay, Crimson-collared Tanager, Scarlet-rumped Tanager, the Barred Antshrike was a particular crowd pleaser and we saw Gray-capped, Social and Boat-billed Flycatchers, plus many more species. 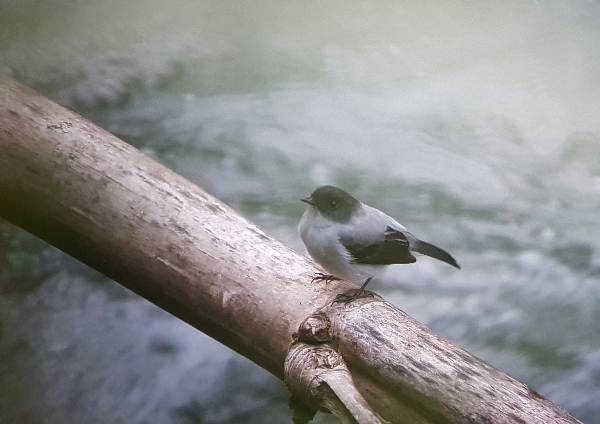 A walk down by the River Perlas produced sightings of Torrent Tyrannulet and Black Phoebe but we couldn’t find a Sun Bittern, however we knew that they breed in the hotel grounds so hopefully we shall find them later. We called the bird-log at 7pm and we were supposed to eat at 7:30, but the service was so slow we didn’t eat until an hour later, methinks a change of hotel may be on the cards for next year.