Well, our final birding day had arrived, I can’t believe how quickly the trip has flown by, we have seen 434 species and there are still plenty of potential new species at Tapanti National Park.

We met up at 6am, collected our breakfast packs from reception and set off for the day, we past through Orosi very quickly as traffic was light and before we knew it we were on the approach track to the National Park. Birds came thick and fast, the very first bird ld during our walk was the regional Endemic, the Black-bellied Hummingbird, what a little poser, he sat out nicely for us. We then found a couple of Euphonias, when White-vented popped up and the stunning Elegant Euphonia sat out for ages, we saw two males and a single female. 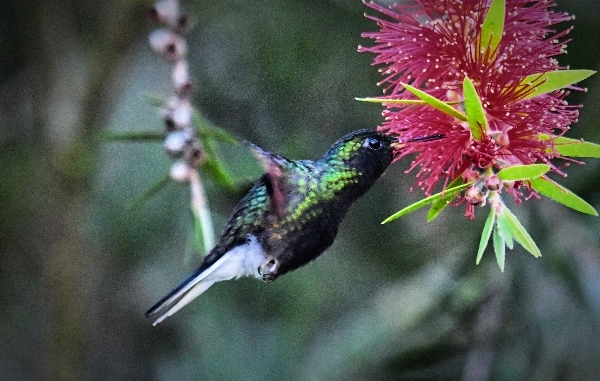 The Black-bellied Hummingbird - taken in bad light by Richard Pettett

Further along the track a Brown-capped Vireo fed with a mixed flock of tanagers and a Tropical Parula, Slate-throated Redstart, Common Chlorospingus, Scarlet-thighed Dacnis, Green Honeycreeper and Chestnut-sided Warbler. As we neared the entrance gate we found Collared Trogon and the most beautiful White-winged Tanager, what a stunner, it made the Spangle-cheeked and the silver-throated Tanagers look plain! 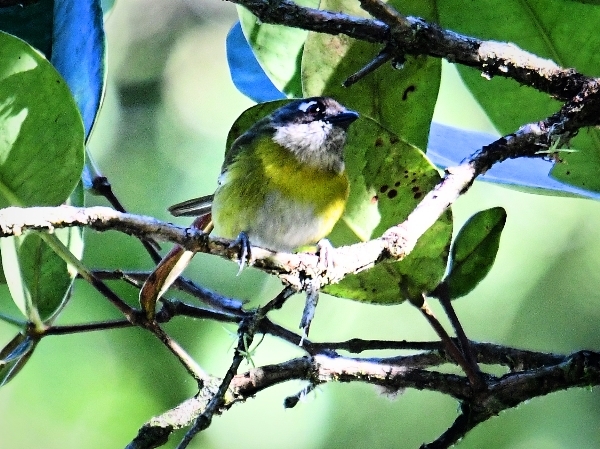 the very common - Common Chlorospingus - another pic by Richard Pettett

The gates to the park opened at 8am just as we got there, we ate our picnic breakfast inside the main building in a small lecture room before setting off on foot into the park. The main track through the park is quite wide so when a bird is sighted all of the group had a good chance of seeing it.

We walked for a couple of hours and added a dozen or so species to the list, a couple of hummers we nice finds, we saw White-bellied Mountain-gem and Green-fronted Lancebill, we found a Red-faced Spinetail building a nest so we had great views of that. A couple of times we found mixed feeding flocks, the tiny Scale-crested Pygmy-Tyrant appeared a few times, we saw a female white-ruffed Manakin, Rufous Mourner, Black-faced Solitaire and had glimpses of several species. 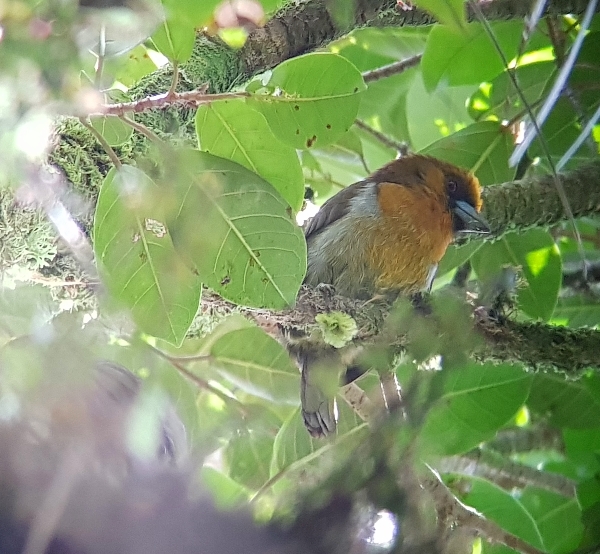 Walking back to the main gate was just as exciting even though it had warmed up considerably and we expected things to go quiet. Johan found both species of Barbet, The Prong-billed and the stunning Red-headed Barbets, he got a glimpse of a Buff-fronted Foliage-gleaner (a bird he hadn’t seen in Costa Rica), we heard Rufous-breasted Anttrush but never saw it.

Whilst watching a flock of White-collared Swifts we picked out a Double-toothed Kite but not much else was seen in the bright blue sky above us. It was 12:30 when we left the park and drove down into town to find a restaurant for lunch. At 2:30pm we drove up to the Cachi Reservoir which is found high above the town in the hills.

A flock of Lesser Scaup were the only birds on the water with many Blue-and-White Swallows feeding over it. Our walk down the hill along the track wasn’t too eventful we only walked for about 30 minutes, it was very quiet. We Picked Blackburnian and Black-and-White Warblers, a few tanagers and not much else. So we gave up and decided to return to the hotel to concentrate on finding the resident Sunbitterns.

It was 4pm when we got back to the hotel grounds, we quickly dropped off our ruck-sacks in our rooms and made our way to small pool behind the restaurant. In the meantime a coach had arrived and dropped of 50 teenaged American students so it was very noisy everywhere.

Johan went looking in the scrub along the feeder stream next to the pond and came back with great news, he had found a male Sunbittern, at the same time Mervyn had found a second bird further up the stream, wow!! We watched the male s it began calling and eventually it walked up to the pond where its nest is located in the trees. We saw it make several small flights when it displays its wonderful wing pattern, what a great bird! 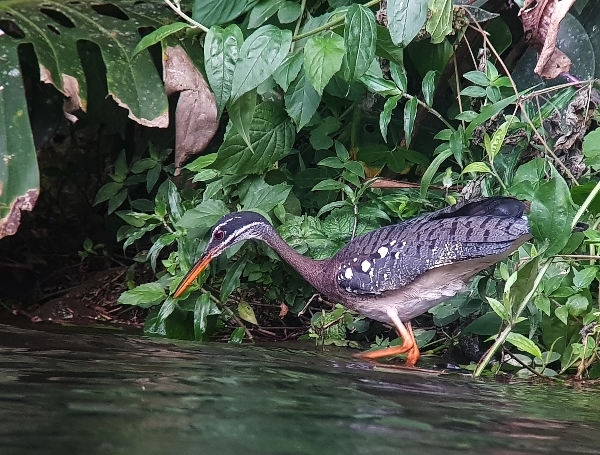 Sunbittern at the pond in the grounds of our hotel 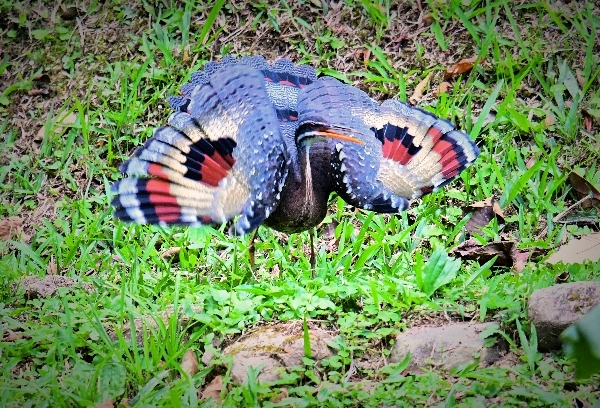 a little bit of a display of its 'sun' pattern on the wings - hnece its name. Taken by Richard Pettett

The group were in high spirits at dinner where we made our presentations to Johan our guide and Toni our driver. We had added 15 new species to the list giving us a new total of 449 for the trip. A fine effort and a tribute to the dedication of our guide, Johan, and to a group of 12 little helpers who found some of the species. It had been a great trip with a smashing group of people who gelled really well. Tomorrow we have leave fairly early to get to the airport so the birding trip is now officially over.