La Selva is a research centre, run by a non-profit making organisation and supports hundreds of students and research projects throughout the year. It comprises of over 100,000 hectares of luxuriant, evergreen tropical vegetation. The species richness is outstanding, with more than 2,077 plants, 125 mammals, 470 species of birds, 48 amphibians, 87 reptiles and 45 species of fish, phew, it going to take a few hours to see all of those.

meeting George, our guide for the day

You couldn’t have wished for a better morning it was superb, the weather was great and the birding out of this world! We left our rooms at 5:45 to walk to the main reception area and by 8:30am we had seen or heard 73 species!! Wow, how about that for two hours birding? 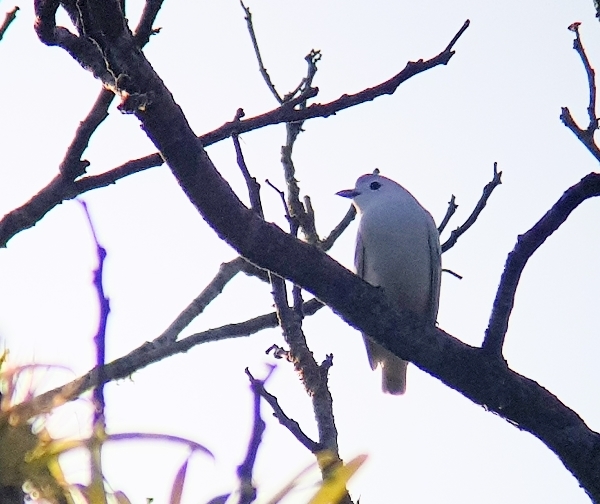 Snowy Cotinga - this bird was quite distant

I cannot list the birds in sequence but suffice is to say that we were kept busy all the time. Trogons, Motmots, Jacamars. Flycatchers, Wrens, Tanagers, Woodcreepers and Woodpeckers it was crazy out there. 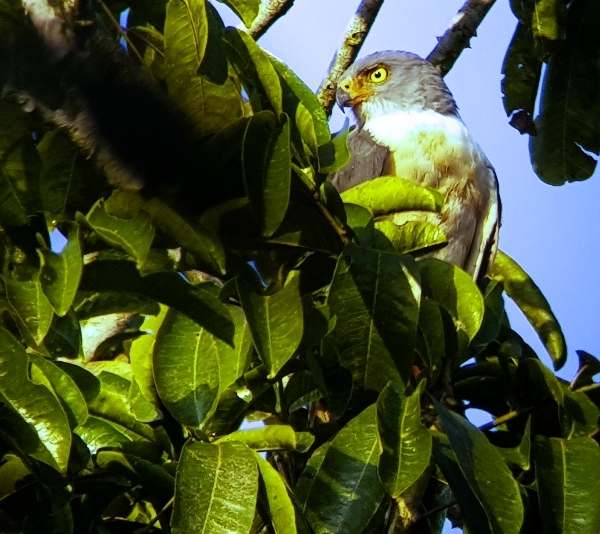 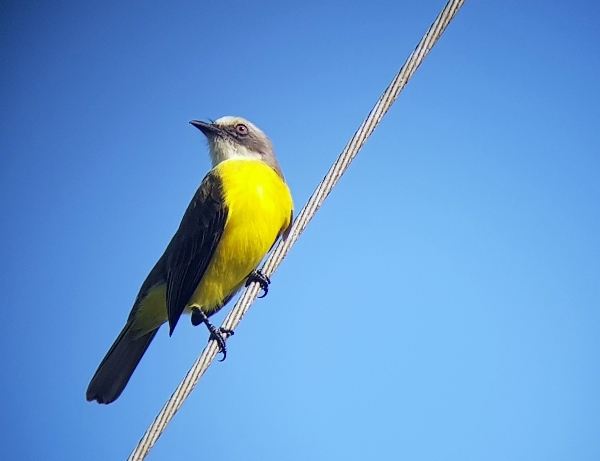 For the rest of the morning we were joined by George, one of the La Selva Guides and he really piled on the birds for us. We spent another hour just around the visitor’s centre listing bird after bird before we even went onto one of the many trails of La Selva. The birding slowed down at little as it approached lunchtime and some of the group began to fade. Purple-throated Fruitcrow, White-collared Manakin, Rufous-winged and Pale-billed Woodpeckers, Crested Guan, Band-backed Wren, Black-throated Wren, Ruddy-tailed Flycatcher, Tawny-capped Olive-backed Euphonias, Band-backed Wren, Black-cowled Oriole, Shiney Cowbird, melodious Blackbird 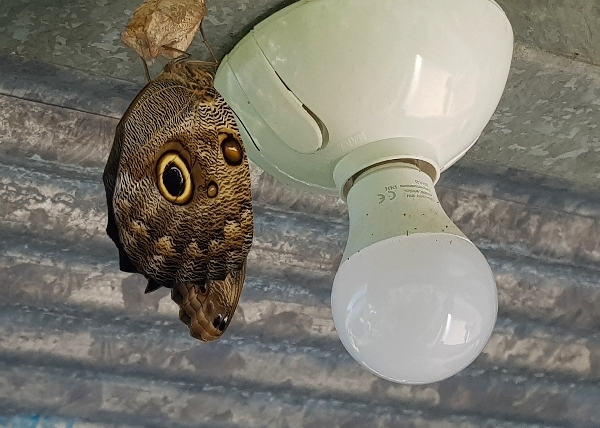 The Owl Butterfly a magnificent creature, this one had just pupated

We returned to the visitor’s centre at 12:30 for lunch and then we took an hour relaxation back at our rooms. It was 2:30 when we met up again for the afternoon birding session. The first place we went to was off the reserve and onto nearby  local farms and grass meadows. Our main target bird was the Nicaraguan Seed-Finch as well other species. 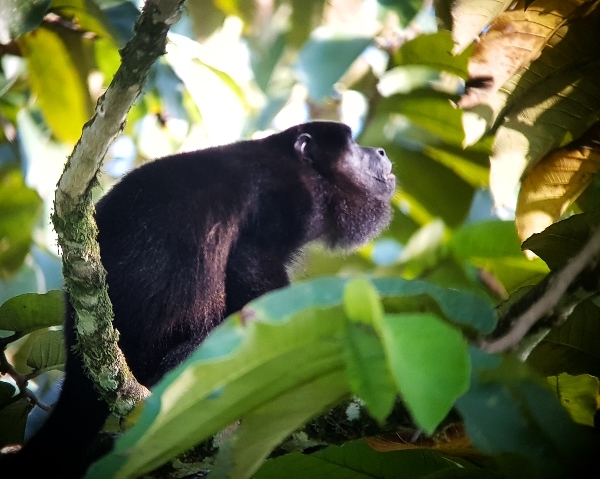 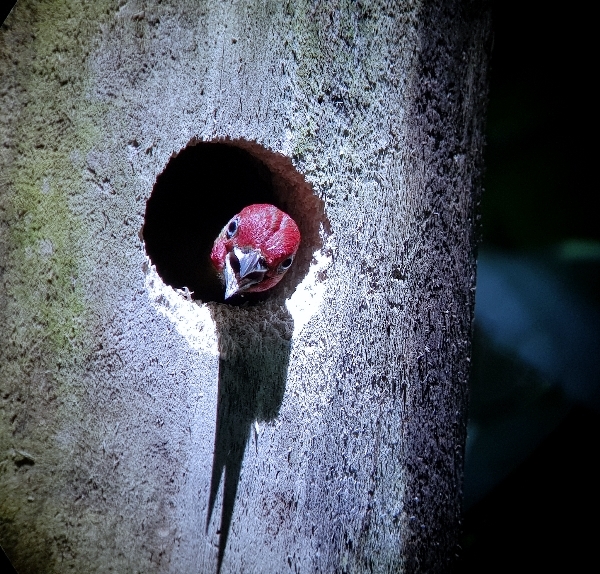 We heard a White-throated Crake calling but it was impossible to see it and we saw Green Ibis, Cattle Egret and a Slaty-tailed Trogon, the elusive finch did not show up. 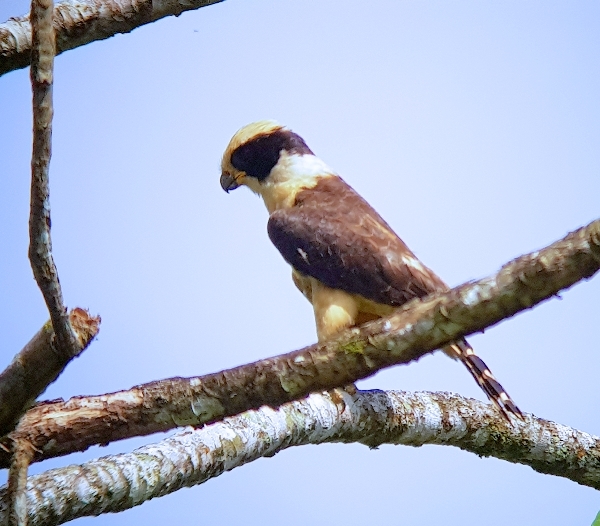 From the fields we drove back into La Selva and spent a nice hour in the cooler cover of the trees, we didn’t add much but we did Great Curassow, we heard both Great & Slaty-breasted Tinamou at one stage we found a small feeding flock with about 15 species. 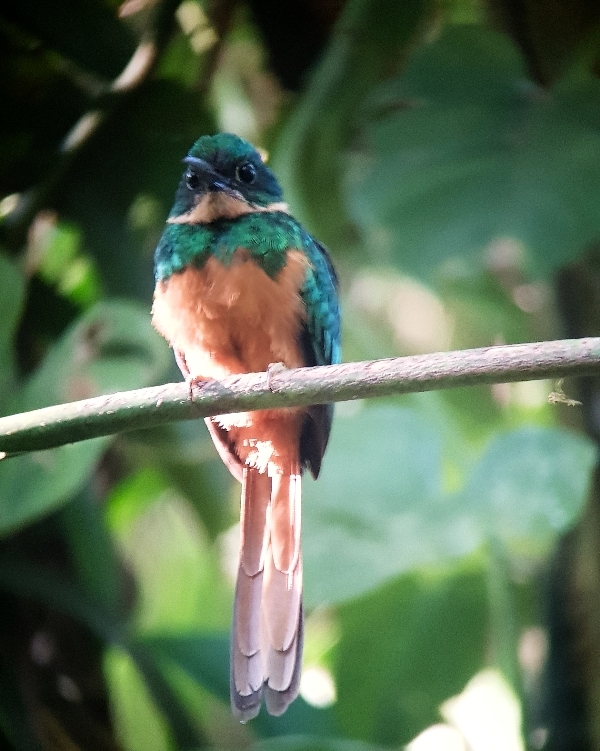 Both Yellow-crowned and Olive-backed Euphonias were seen with a Stripe-breasted Wren, Tropical Gnatcatcher, Common Tody-Flycatcher, a couple of ‘hummers, Green Honeycreeper, Golden-winged Warbler, Chestnut-sided Warbler and a few others. 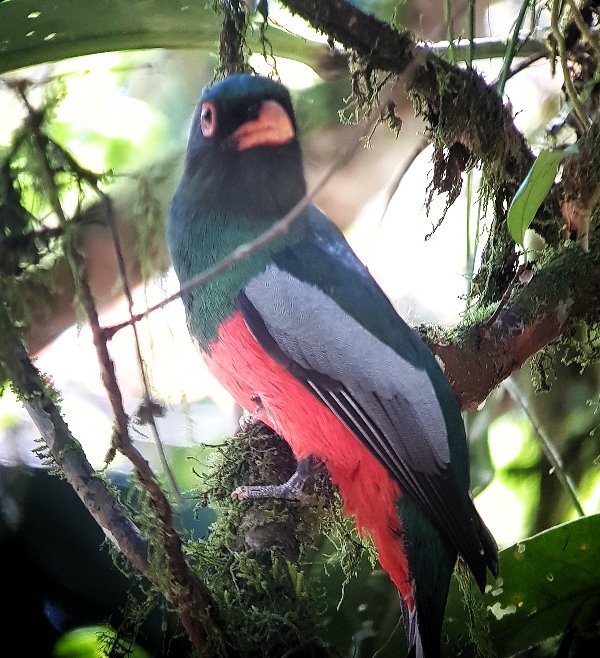 Finally, as it the light began to fade we drove along a track adjacent to La Selva and watched Great Green Macaws coming into roost, by the time we got there half a dozen were sitting in a trees with the setting sun behind then. All we got was a silhouette of these very large birds. One bird did then fly in and gave us a good view, in the meantime we found two Bat Falcons in another tree and many Red-lored Parrots flew around.

It was just after dark when we got back to our rooms, a Common Pauraque was calling outside our window as we got ready for dinner.