WEATHER: after heavy overnight rain we had another lovely sunny morning, 28C

Our last morning at La Selva was spent walking the trails in the forest and on local tracks just outside. We started at the usual time of 5:45am and drove the short distance to the site where the Great Green Macaws feed and roost, we had cloud at first then it cleared into a beautiful morning. The Macaws showed well but distant, all good views were had through the scopes, we also saw quite a few Red-lored Parrots, Bat Falcon, Montezuma Oropendolas and lots of Kiskadees. 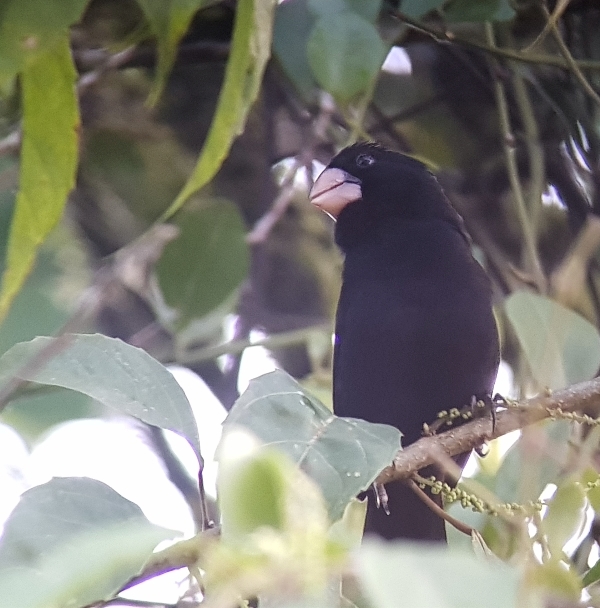 A little nearer to us we found several new species for the list, Black-striped Sparrow was one of them and to our great delight Nicaraguan Seed-Finch was another. We also saw Thick-billed Seed-Finch and Variable-Seedeater, the White-lined Tanager and Bronzed Cowbird were also additions to our list.

A Slatey Spinetail refused to show itself so after a few minutes we left the area and headed back into the reserve centre for breakfast. Before we sat down to eat we spent sometime along the approach track where many species were seen. Snowy Cotinga showed much closer than it did yesterday, a Squirrel Cuckoo did the same we also watched Masked Tityra, Long-tailed Tyrant and many others.

After the heavy overnight rain we expected to see a lot of the very tiny Poison Dart Frogs along the trails in the forest, that is exactly what happened. 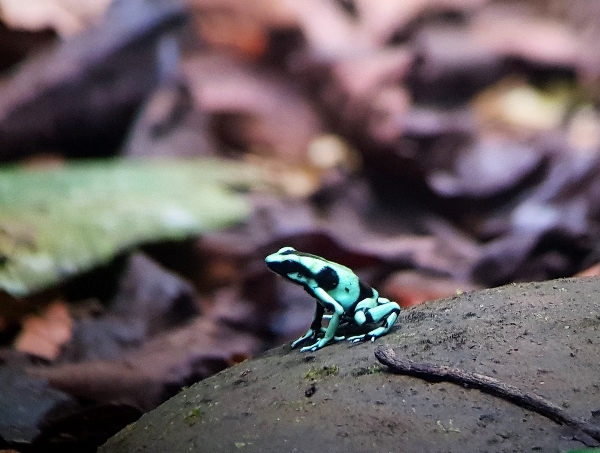 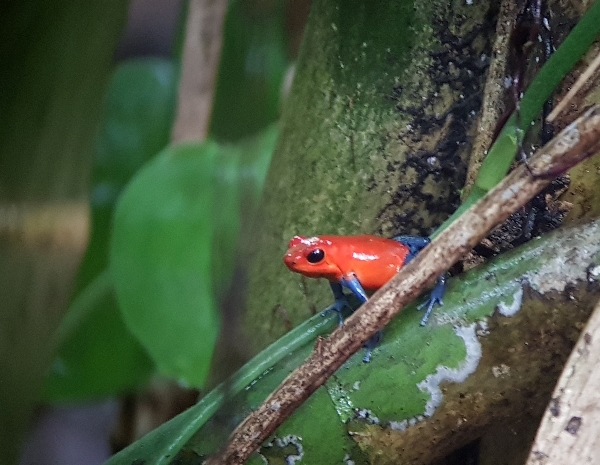 Our post breakfast walk was along one of the many trails found on the far side of the river we found our first Great tinamou and we heard a Black-headed Tody-Flycatcher but despite a long search we failed to see It. A Buff-rumped Warbler was nice to see and some of the group saw a Neotropic River Otter, we all saw Three-toed Sloth, Central American Spider Monkey, Collared Peccary, Agouti and Red-tailed Squirrel. 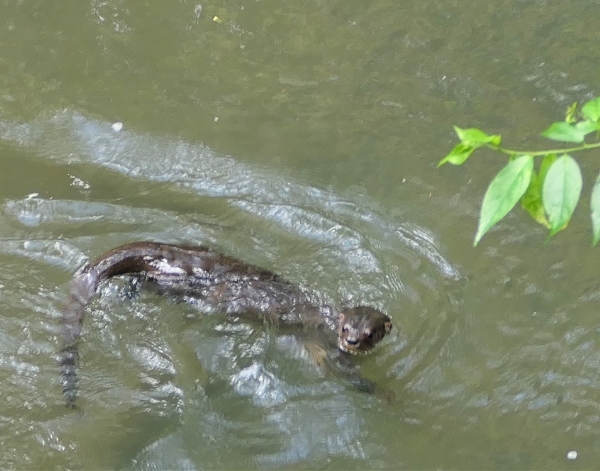 We took an early lunch, loaded the cases onto th bus and left at 12:30. It took a couple of hours to reach Fortuna where we stopped in the town centre. It was packed with tourists, a lovely sunny afternoon which was enjoyed by all as we sat in a lovely park eating our first ice-cream of the tour. We made a quick stop just outside the city centre at a restaurant which was surrounded by small ponds in a wooded area. 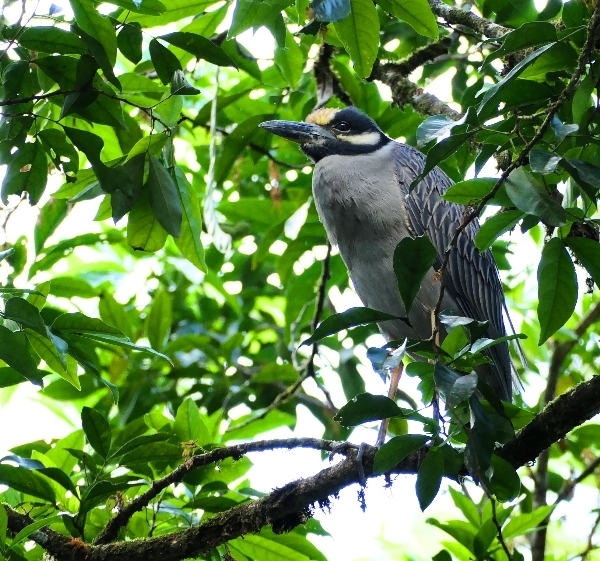 We found Boat-billed Heron and Yellow-crowned Night Heron in a small roost over the ponds and a number of other species in the bushes. Red-legged Honeycreeper, Grey-capped Flycatcher, a bunch of Grey-headed Chachalacas and several common species. The star bird at this place was the White-throated Crake, what a little stunner. Johan coaxed them out of cover and both a male and female appeared. 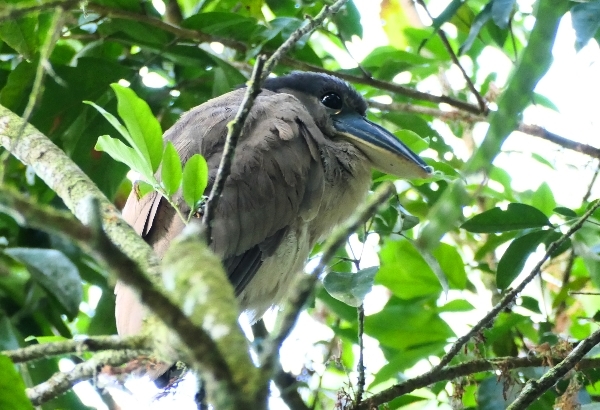 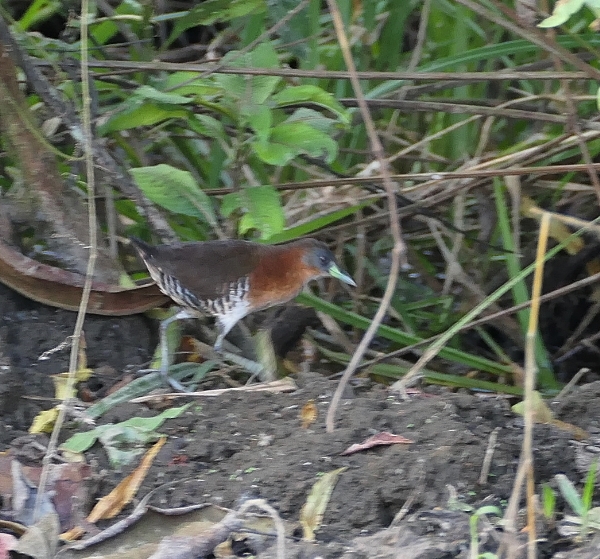 Our next stop was on the dam of the huge Arenal Reservoir, it was a bit windy there and rain threatened to cut short our visit. In the fifteen minutes we stayed there we found Ringed and Amazon Kingfishers, Grey-breasted Martin, Mangrove and Northern Rough-winged Swallows, Bronze Cowbird and Swallowtail Kite (3). 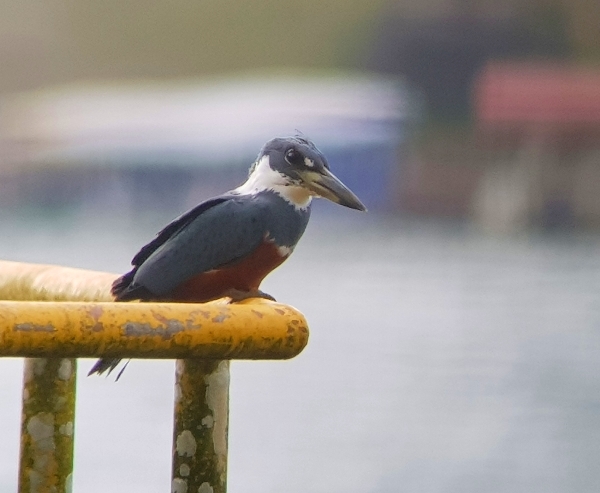 Ringed Kingfisher above and Amazon Kingfoisher below 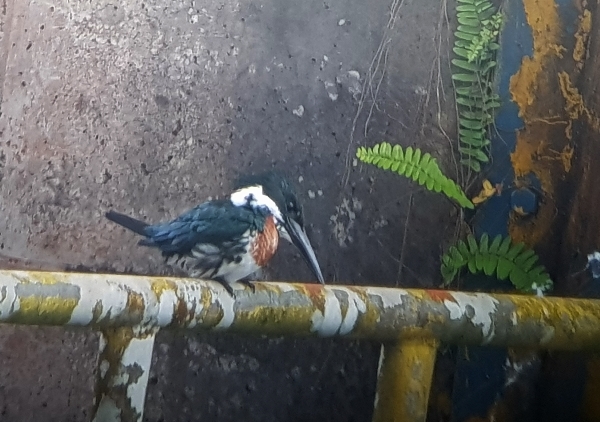 We reached our hotel from a 5km approach track which rose steeply up from the reservoir, at the top the views were outstanding and all of our rooms overlooked this stunning scenery. We had an hour and half to settle in before we met for a pre-dinner drink and bird log.

the view from our verandah at the Arenal Lodge 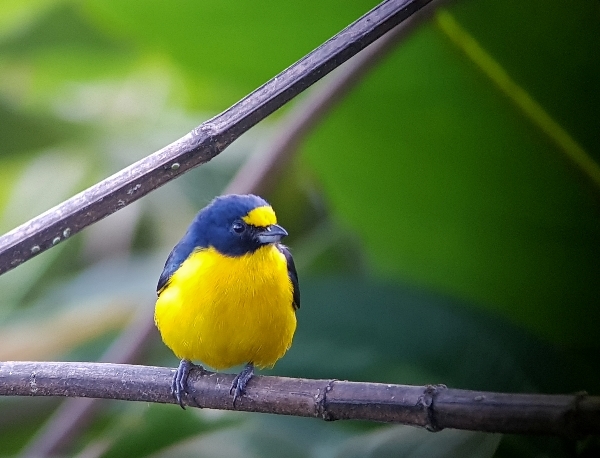 We completed the bird log and a lovely dinner was served at 7pm.