Weather: clear blue sky, no wind, cloudy later, no rain,  temp ranged from 2C – 28C as we dropped down the Pacific Slopes!!.

Another transfer day had arrived we left the cloud forest and headed for the Pacific Coast and the last leg of our journey. Our morning walk was attended by only half of the group, it was cold, you needed three layers and gloves. A pair of Quetzals had been sighted in the grounds of the hotel and some of us went to see them whilst others searched for the Black-cheeked Warbler, without success. 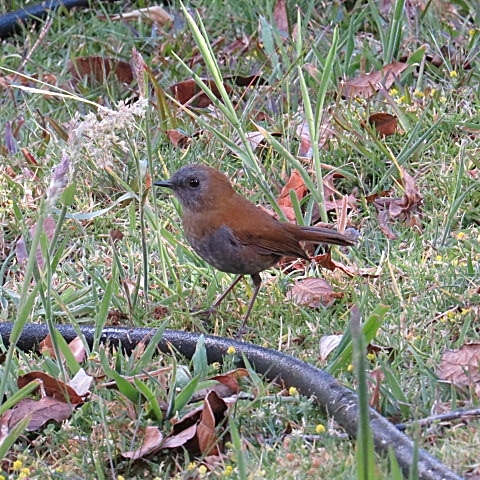 We set off on time reaching our first stop just 10 minutes up the valley, we re-visited the home and gardens of a friend of Roy’s who has been seeing a dozen or so Spotted Wood-Quails most mornings, except for today! However we enjoy watching the hummer feeders and we found a Yellow-winged Vireo, three Long-tailed Silky Flycatchers and listed a handful of hummers.

We continued up and out of the valley and west on the Pan-American Highway towards San Isidro, after 20 minutes along this road we reached a height above sea-level of 3,300 meters (just under 11,000 ft). The weather was remarkable, no wind, a clear sky, entirely the opposite I had prepared the group for. The habitat we visited is called ‘Paramo’, a tree-less area of low-growing thick scrub. The environment is very harsh but surprisingly several species of birds eke out a living there. We found our two main target species fairly quickly, a very obliging Volcano Junco sat right out for us and then a Timberline Wren showed well for short periods.  We also saw Flame-throated, Wilson’s and Tennessee Warblers and Common Chlorospingus. 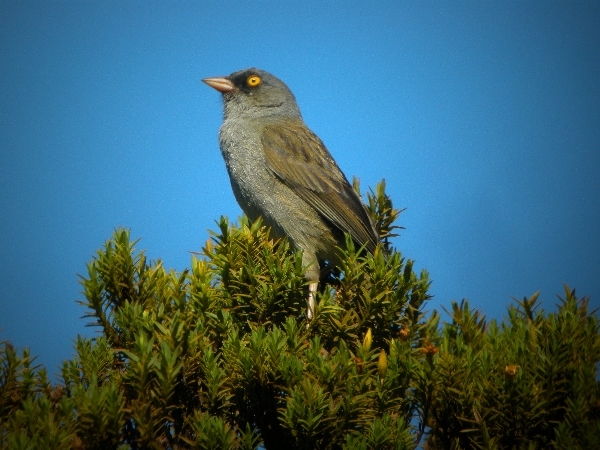 A short coffee break further along the road at a roadside restaurant produced our first sighting of Fiery-throated Hummingbird as well as several species already seen. We then stopped at a regular venue just before the town of San Isidro. We had dropped down in elevation by 2000 meters so the air was now breathable and the temperature had risen to 28C. 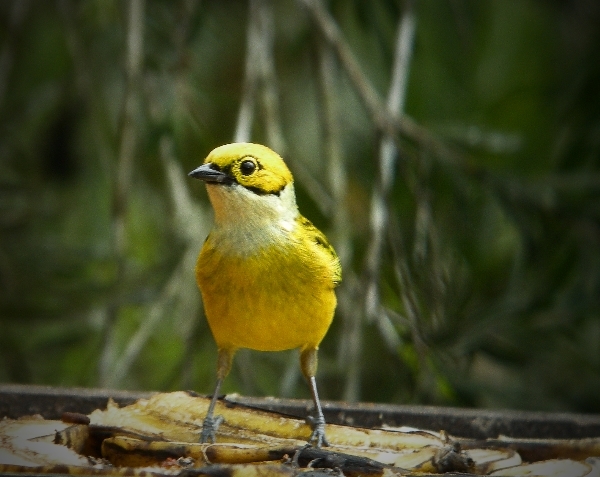 This privately run nature trail has hummer feeders bird tables and a superb woodland walk. We stayed for two hours and listed 41 species including a few really nice sightings. A couple of new hummers were the Snowy-bellied Hummingbird and the White-tailed Emerald, we also found some interesting species along the woodland trail. For me the best was Slaty Spinetail but a range of species delighted the group. A spectacular male Golden-winged Warbler sighting, followed by Elegant Euphonia, Red-headed Barbet, Flame-coloured and Cherrie’s Tanager couldn’t have been a more colourful array of species.

We went onto to add Olivaceous Piculet (a tiny woodpecker), Chestnut-capped & White-naped Brush-Finches, Speckled and Silver-throated Tanagers, Buff-throated Saltator and Grey-headed Chachalaca. Overhead we notched up several Swallowtail Kites, a Barred Hawk and both of the common vultures. 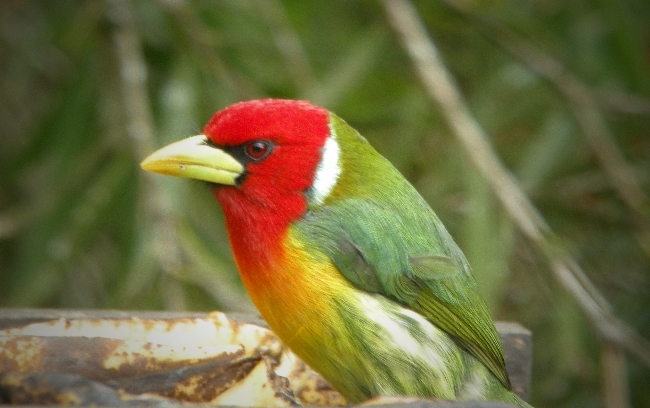 We left at 1:30pm and drove into San Isidro where we visited a site where Turquoise Cotinga can be found, we searched for about 10 minutes before we found a beautiful male, wow, what a stunner.

Finally we arrived at Talari Lodge which is found in the countryside south of San Isidro and after a settling period we met in the car park for a stroll in the grounds. We were quickly listing new birds with Blue-crowned Motmot, Red-crowned Woodpecker, Streaked Saltator, Yellow-crowned Caracara and a very distant but obvious Pearl Kite. Several Yellow-capped Euphonias were flitting about with some common tanagers and an Osprey cruised up and down the river, we found our first Barn Swallows and a single Lesser Swallowtail Swift dashed about with the martins and swallows. 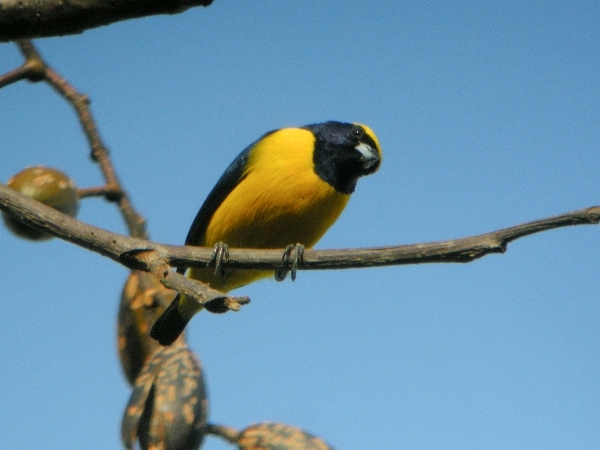 A short walk in the dry forest produced little until the end when we had smashing views of Orange-billed Nightingale-Thrush and a pair of Riverside Wrens completed our sightings for the day bringing our total to 335.

We met on the terrace of the open-plan restaurant where we enjoyed a nice cold beer and a lovely dinner.