Our morning walk around failed to produce any new sightings but we saw around 20 species. The feeders around the breakfast room were busy and gave close views of both Green and Red-legged Honeycreepers as well as a number of Tanagers.

The bus was loaded up and we were on our way by 8am it was already getting warm by then. We made scheduled stop on the way to Los Cusingos to look for three target species in an open area of pastures and fence lines. We saw all three species although the third one took two or three further stop before we eventually found it. First we saw the Fork-tailed Flycatcher at a distance but it got nearer, then a Pearl Kite was found perched in a middle-distance tree giving good scope-views.

The Smooth-billed Ani was eventually found in a small meadow further up the road, we saw about a dozen of them, a couple of bonus species were Eastern Meadowlark and Tropical Mockingbird.

Los Cusingos was the home of Alexander Skutch the founder of ornithology in Costa Rica, he put this country on the birding-world map. His home is now a museum. At the visitor’s centre we were shown a roosting Common Potoo, wow, what a start. However, the walk around a looped forest trail failed to produce many species. There were some good sightings bur not many, it was noisy with thousands of Cicadas calling and it was hot. We managed to find Rufous Phia, Red-headed & Blue-capped Manakins, a Ruddy Tailed & Olive-striped Flycatchers.  A nice bonus was a Eye-ringed Flatbill and a Dot-winged Antwren. 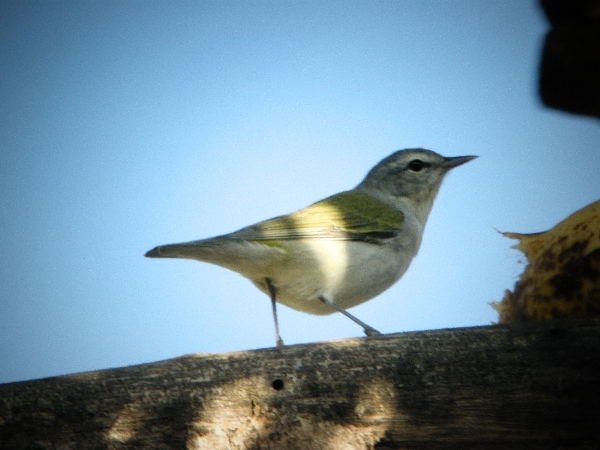 We continued our journey towards the pacific coast stopping for lunch along the way, our lunch break produced sightings of Fiery-billed Aracari, Yellow-throated Trogon, Grey & Broad-winged Hawks and some common species were visiting the feeders, 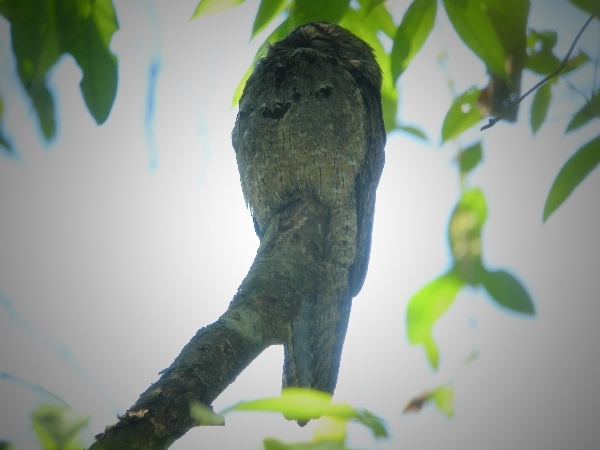 At the coast we visited some arable land just south of Quepos, we had to drive through a plantation of African Palm-oil Trees. We were quite successful there, as flocks of Dickcissel were joined by Indigo Buntings, Collared Seedeaters and several other species. We had good views of Peregrine Falcon and Zone-tailed Hawk high above us but only our guide Roy caught a glimpse of the American Pygmy Kingfisher. 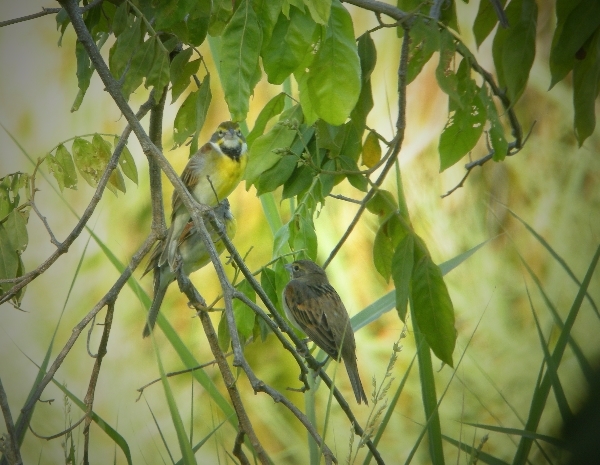 We left the area and drove into Quepos where a sea-front scan produced sightings of dozens of Magnificent Frigatebirds, a few Brown Boobys and a single Brown Pelican. We also added Pale-vented Pigeon before we dashed off, heading for Jaco. We dashed along hoping to get to a roost site of the iconic Scarlet Macaw so we could see them coming in to roost. However, the roads were very busy and we got just after sundown. The Macaws were there but only about 7 of them, last year there were 43 so maybe they are using another roost site. We left in dark noting Lesser Nighthawk, Barn Owl and we heard Common Pauraque. 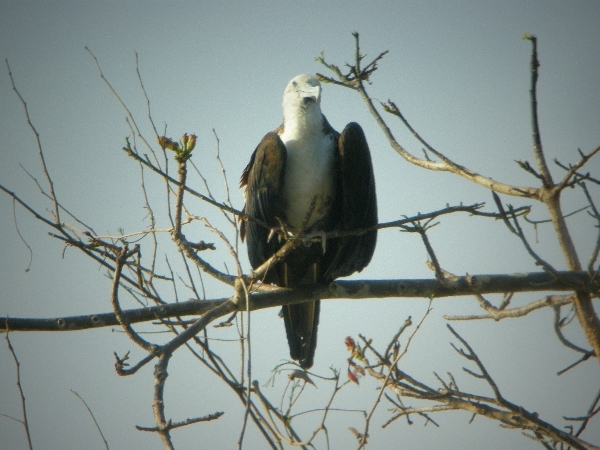 Our arrival at Cerros Lodge was a little late so we went straight into dinner and checked in later, the open air restaurant was a lovely setting to finish off our day.