Ensenada is a unique place it combines three seemingly paradoxical roles, it is a Wildlife Refuge, a working Farm and a private hotel. It has 22 cabins spaced evenly in well-manicured gardens facing south/westward into Nicoya Bay offering incredible views over the bay, the sunsets are magical. This triple enterprise appears to work well as the bird list alone is extremely impressive, if we see a quarter of the list we will have done well. 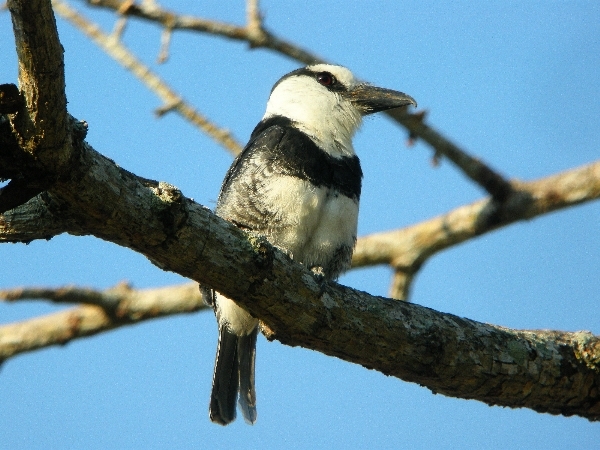 We had a great start because three out of the first four species seen were ‘lifers’ for all of the group. Spot-breasted and Streak-backed Orioles appeared in the same tree quickly followed by Orange-fronted Parakeets, then Rose-breasted Becard, White-necked Puffbird and White-throated Magpie-Jay. Baltimore Oriole, Black-headed Trogon, Turquoise-browed Motmot, Melodious Blackbird, Eastern Meadowlark and half a dozen Scissor-tailed Flycatchers were also listed. A White-lored Gnatcatcher was also new as we finished in a flurry but our last sighting was of a Pacific Screech Owl seen roosting in a tree very close to the breakfast room. 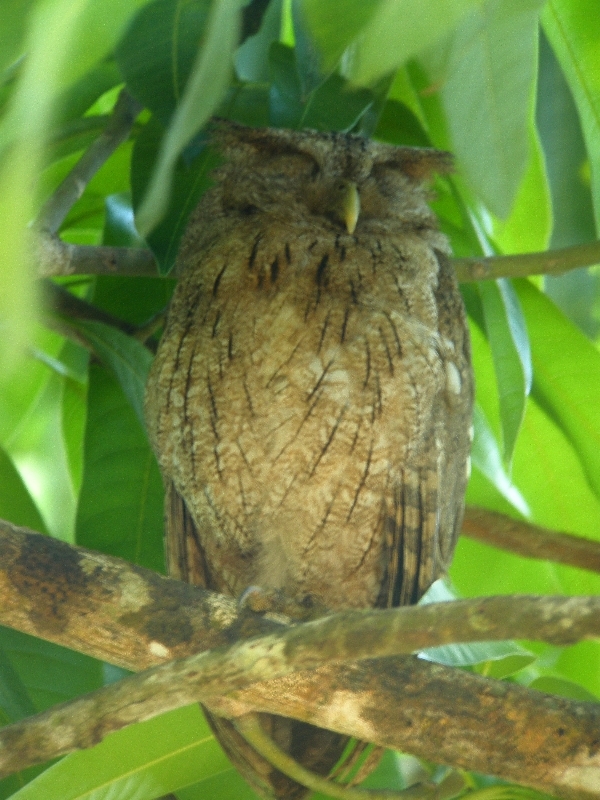 At 8am only half of the group managed to turn out for the morning birding, the very hot weather persuaded the others that the hammock and the swimming pool were a better option! It was tough going but we took it slowly and found a decent list of species. A watering pool for the cattle and horses attracted Spotted Sandpiper, White Ibis, Black-crowned Night Heron, Bare-throated Tiger-Heron and Great Kiskadees were diving down for insects on the surface of the water. 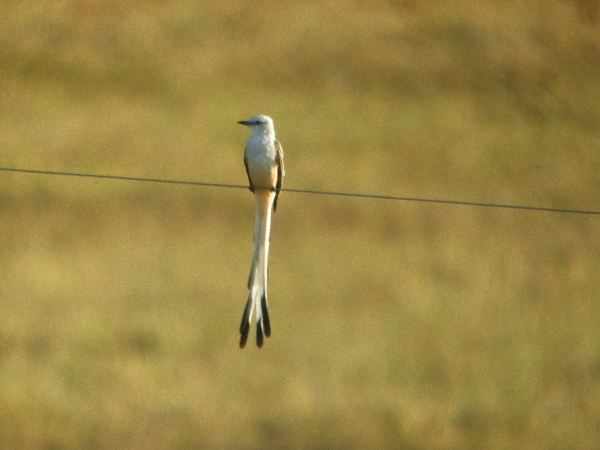 Hummingbirds became the focus of our interest as we needed to find a handful more, Green-breasted Mango, Ruby-throated, Rufous-tailed & Steely-vented Hummingbirds joined Plain-capped Starthroat on our list, we continued to search for Cinnamon Hummingbird.

In the sky a mass of Magnificent Frigatebirds formed a huge ‘kettle’ and we saw a couple of Short-tailed Hawks circling on the thermals too. 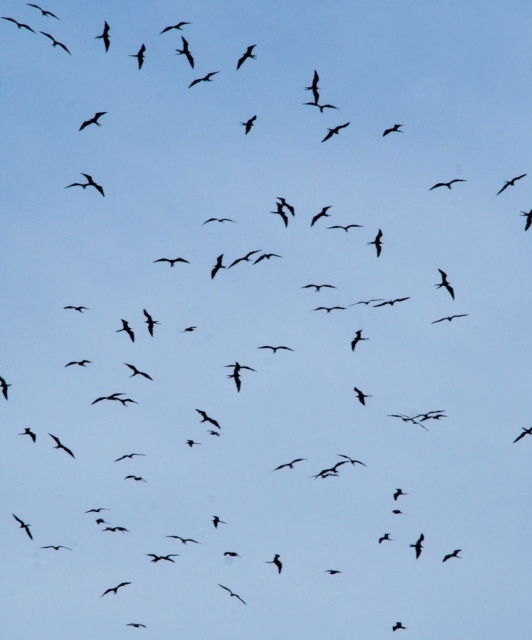 some of the Magnificent Frigitebirds - another picture from Craig Lewis

We had a long lunch before setting off to the Salinas de Ensenada, salt pans. It was still very hot but we found shelter from the sun in the small warehouse where the salt is bagged. High tide was due as we arrived and this resulted in a large number of waders feeding in the salt pans.

One of the first birds to be seen was a Wilson’s Phalarope, found by Colin, this was our main target species. We also searched for Greater Yellowlegs, Long-billed Curlew and any other wading bird not yet listed. There was plenty of species to sift through and it was nice to get closer views of most of them. 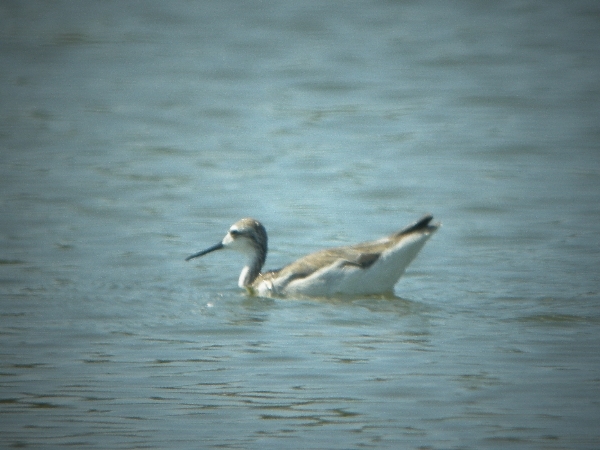 A short walk to a freshwater like was interrupted when Roy heard a Lesser Ground-Cuckoo, we searched for a while but could not find it.  We did see a female Painted Bunting, a White-necked Puffbird, Orange-fronted Parakeets and lots of doves. The lake was covered in birds and the water held a lot of crocodiles, none of group fancied a swim despite the very high temperature. It was nice to see the crocs quite active, one caught a large fish right in front of us. 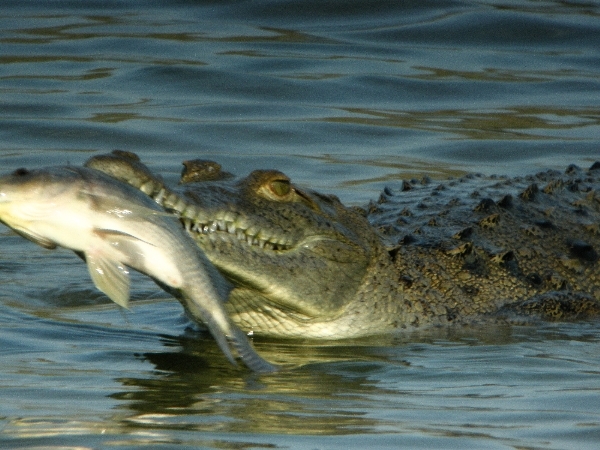 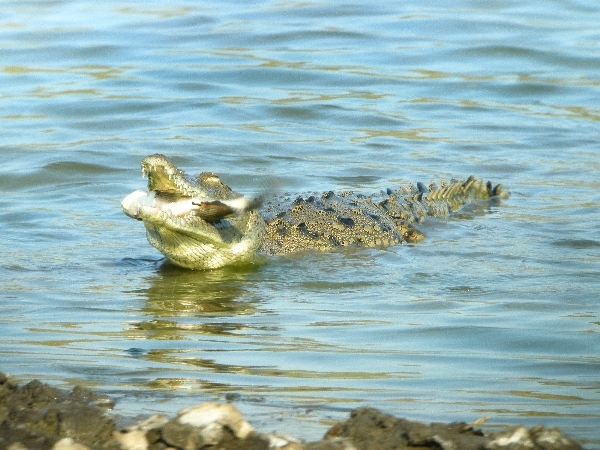 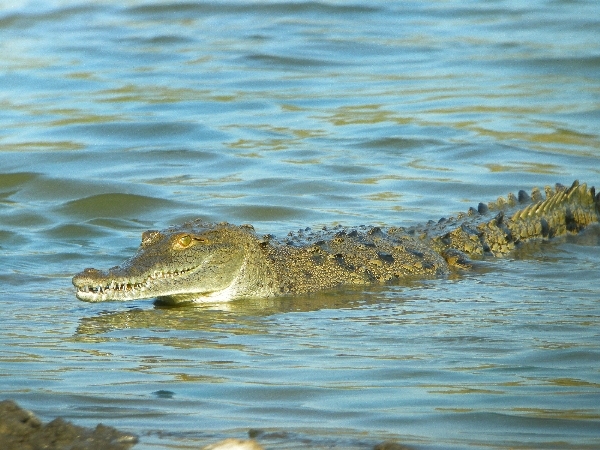 We added only one new species, Northern Shoveler, but there was much more to see it was quite a little haven for water-birds. Herons, Egrets, Ibis, Storks, Spoonbills, Jacanas, ducks and waders were all present. We also saw Belted and Green Kingfishers. 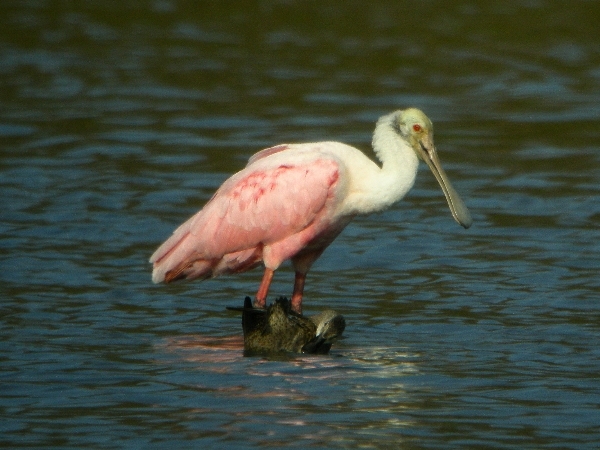 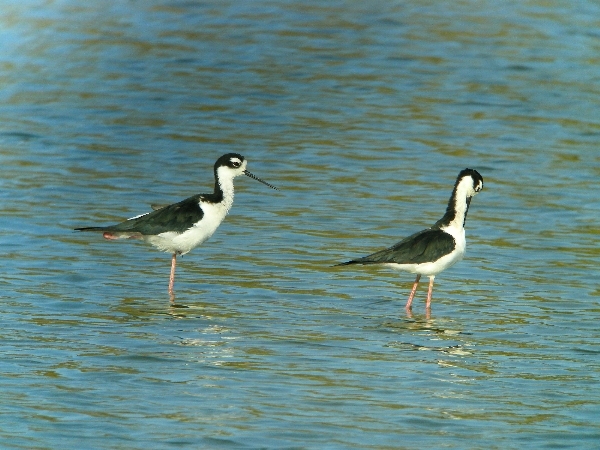 We drove back to the lodge around 4:30pm and most of us went down to the pier which is a regular roost site for hundreds of gulls and terns. We noted Laughing Gulls, Royal and Sandwich Terns, Ruddy Turnstone and Brown Pelican. The whole flock flew up into swirling mass as a Peregrine Falcon drifted over. The sunset was something special, for me it is one of best places to see a setting sun over the Pacific Ocean. 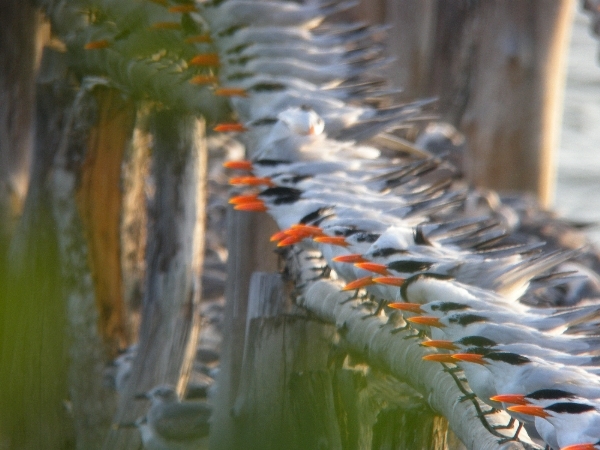 Royal Terns on the jetty 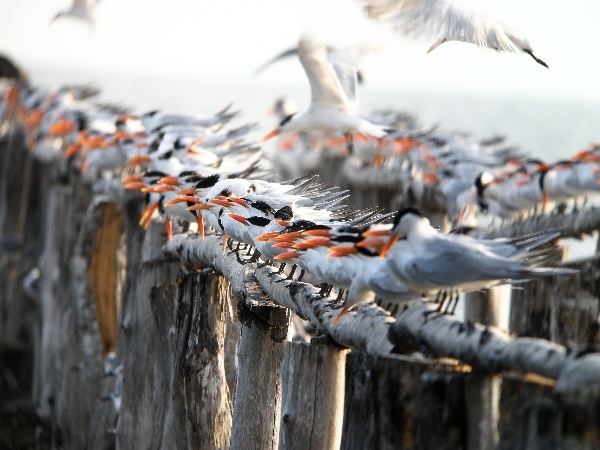 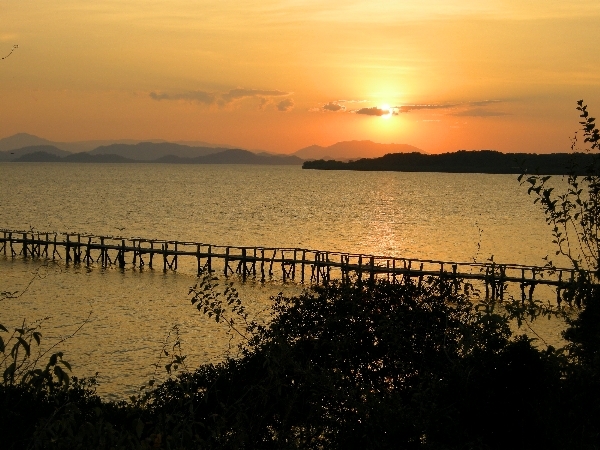 the jetty at sunset