This was our last official day of the tour and boy did we go out with a bang!  Our total was now at 440 including 5 species heard no seen. We had a few target birds that still could be found at Ensenada so we met up at 6am for a walk to the salt pans.

We searched the hedgerows and fields for Crested Bobwhite (a small quail) without success but we did enjoy a beautiful sunny morning with a lovely temperature. Bird song came from every direction, we recorded over 20 species in the first 200 meters. From the huge Crested Caracara to the diminutive Gnatcatcher and from the most colourful Orioles to the drab Ani, they all came out to say farewell. 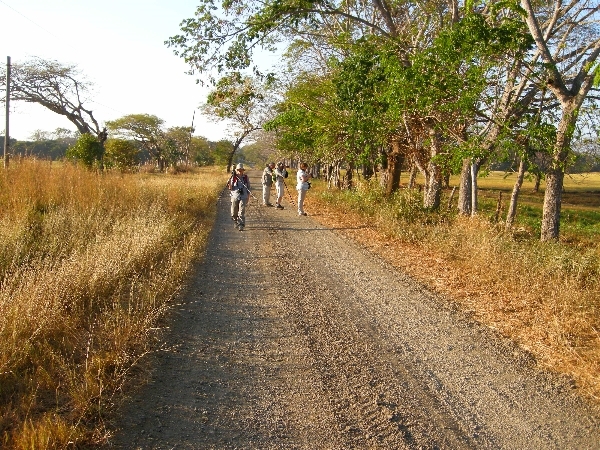 on the track to the salt pans

A pair of Double-striped Thick-knee sat in a field, their feathers were all on end as though it was freezing cold, Scissor-tailed Flycatchers, Eastern Meadowlarks and Melodious Blackbirds fed in, or over, the fields. Both Spot-breasted and Streak-backed Orioles were joined by Baltimore and Orchard Orioles, White-fronted Parrots and lots of Yellow Warblers were in the canopy feeding on nectar from the flowers. 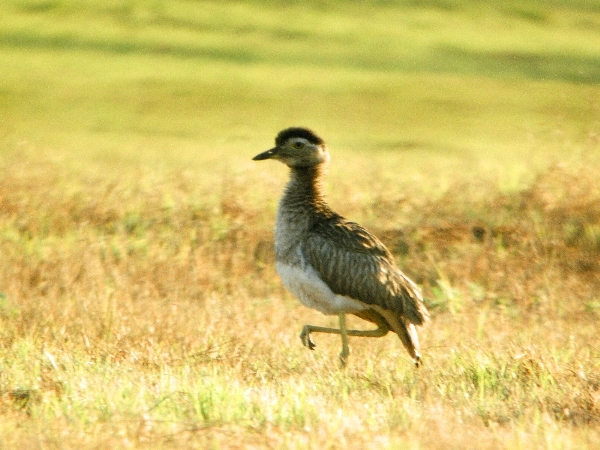 As we approached the pans Roy discovered our first ‘biggie’ of the day, he heard a Lesser-ground Cuckoo! Within minutes the bird showed extremely well, oh! what a beauty, never seen one as good as that before. It was amazing, the bird stayed for 15 minutes and hardly moved a muscle except for slowly tilting its head whilst calling. 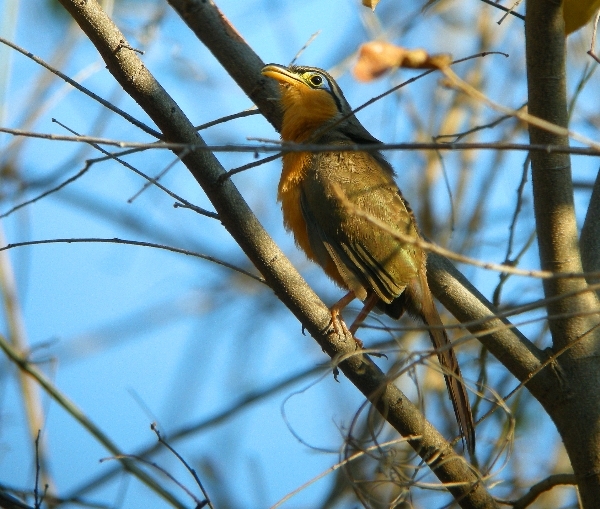 the bird of the day, so far!  Lesser Ground-Cuckoo 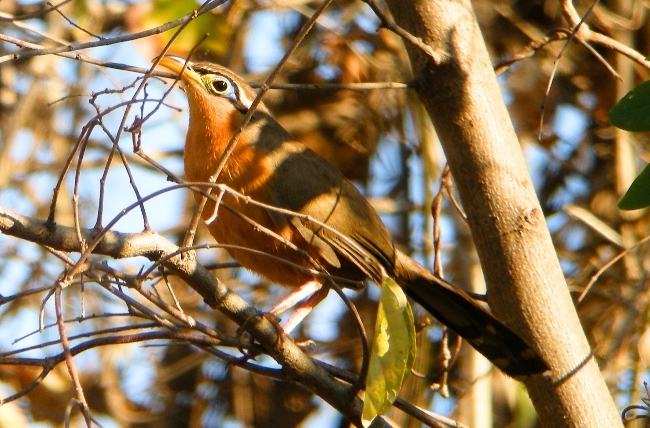 Follow that! Well later we did but for now we concentrated our efforts on the wading birds feeding in the salt pans. We enjoyed some great sightings, a Yellow-crowned Night-Heron posed well, as did a number of wader species, but we didn’t add anything new. Our driver Damain brought the bus down to us for the ride back to breakfast. 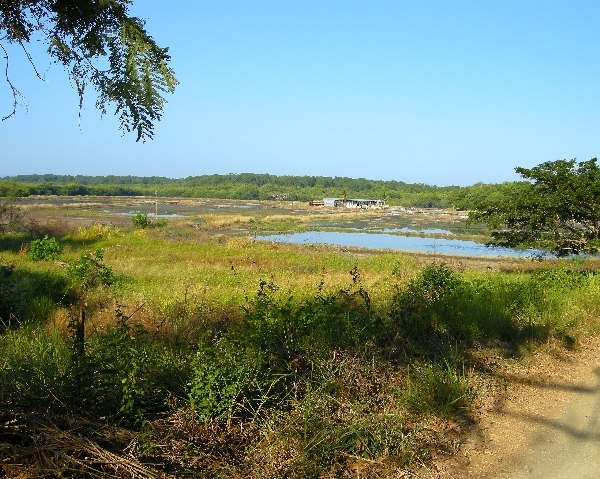 Salinas or Salt Pans at Ensenada 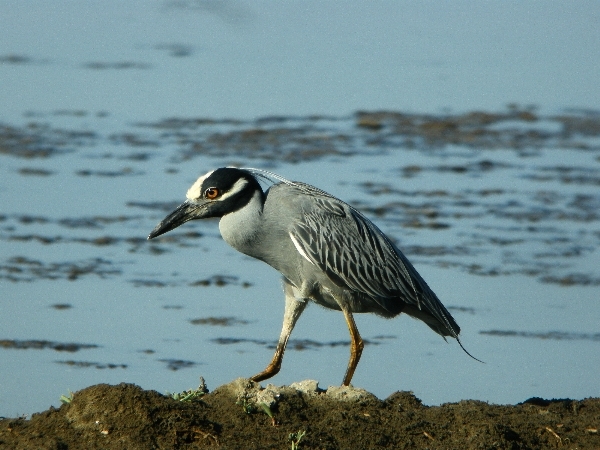 Yellow-crowned Night-Heron at the pans 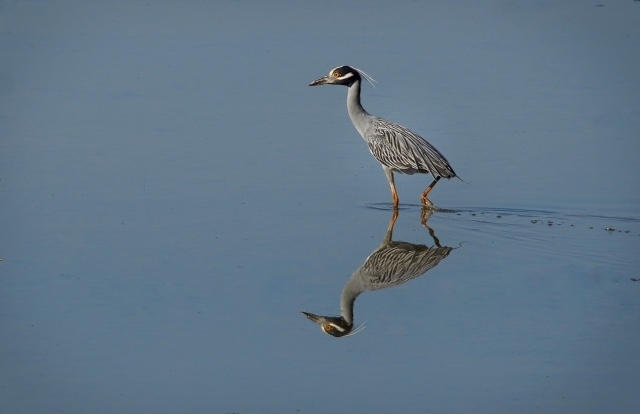 At 10:30 am we were all packed and ready to leave for San Jose. We boarded the bus, said goodbye to our friendly hosts and set off along the 15km track back to the main road. We were about 8km along the track when Damian the driver pointed out a large white bird close to the track about 500 meters ahead of us. We had heard that a Jabiru had been seen recently, lo and behold we had found it. 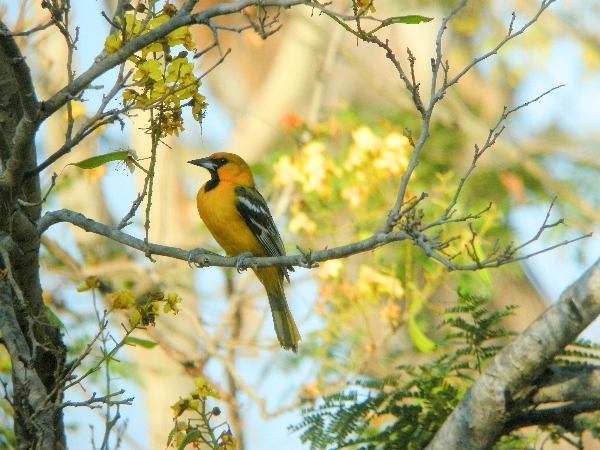 This enormous beast is bigger than any Stork I have seen except perhaps the Marabou Stork in Africa, it flew off as we approached (yes, we flushed it by getting too close) but it landed in a nearby tree, not on twig I hasten to add but on a huge bough. We scoped it and took our photographs through quivering heat-haze, but what a bird and our second ‘biggie’ of the day. 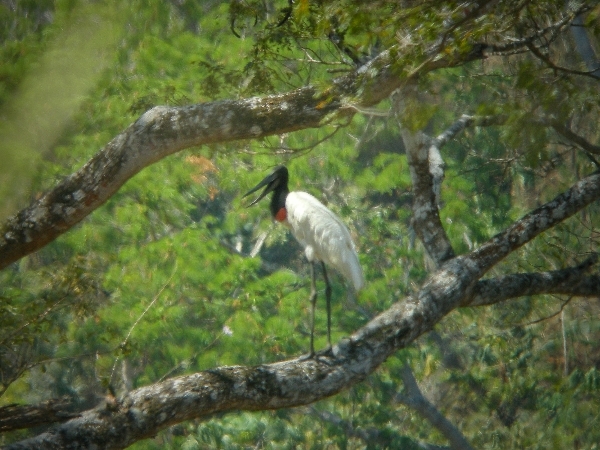 As we got nearer to the main road we passed a wooded area where we had stopped two days ago on the way in. Roy started whistling single notes and got a response, in fact he got four or five responses. Soon a small black bird appeared, fairly distant but easily seen in the scope or bins. The bird was a Long-tailed Manakin, a real stunner with a bright blue back and a rusty-red cap. Fantastic, I kept say all morning what a bird to finish off the trip with and here was yet another ‘biggie’. 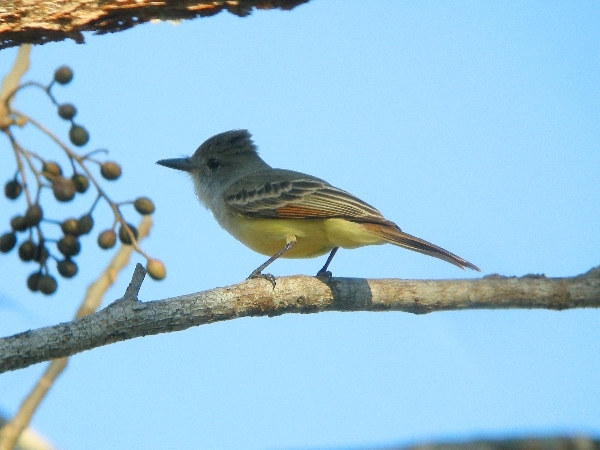 Well as it turned out it was our last addition to the list which finished on 442 including 5 heard not seen. We made a lunch stop before driving to San Jose where we said goodbye to Roy and finally to Damian as he dropped us at our airport hotel. Our flight home is due tomorrow. It had been another wonderful trip, the driest I've ever experienced. A wonderful bunch of people made it a most enjoyable tour to lead. I have only two places left for the 2018 tour...........sign up now if you want to join us.