WEATHER:  Dry and sunny for most of the day, cloudy later with a threat of rain.

At 6am we gathered in the garden for our pre-breakfast guided walk with our guide Roy Valverde. A nice bright morning greeted us we ventured into the beautiful grounds and immediately we started listing some excellent Costa Rican birds. Apart from the 20 or so species that we had recorded in the garden yesterday we added Yellow-throated Vireo, White-tailed Kite, White-chinned Parrot and Lesson’s Motmot, but we dipped on the Rufous-capped Warbler. 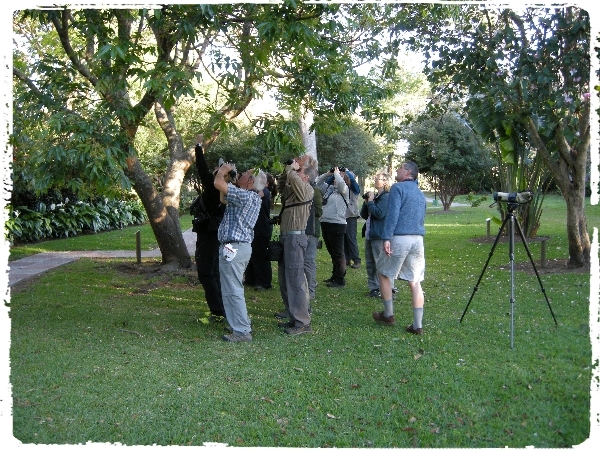 A short excursion down a local lane was made in our second attempt at finding the Prevost’s Ground-Sparrow, we also dipped on that one but added Variable Seedeater, Vaux Swift and we listed several other previously recorded species. 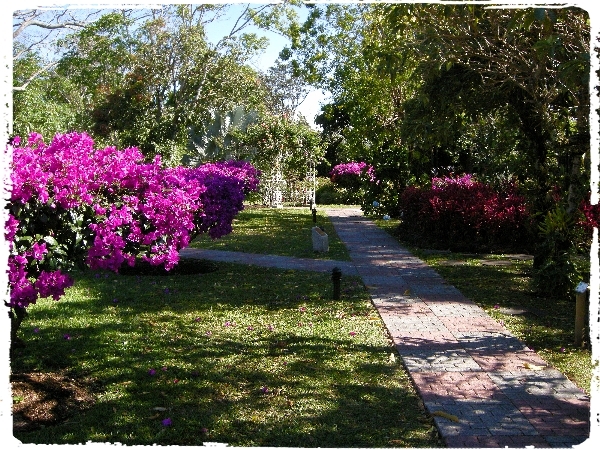 part of the gardens at the Bougainvillea Hotel

After a lovely breakfast we set off for Arenal Volcano National Park where we are due to stay for a couple of nights. The journey was slow as we crossed San Jose and wound our way along narrow roads up through the central valley into the mountains. Our first stop was at a roadside restaurant that had a ‘hummer’ garden across the road. They served the most unbelievably delicious strawberry milkshakes, we ordered a dozen.

We sat in the hummer-garden for about an hour and discovered some of Costa Rica’s most beautiful hummingbirds. I think it was 6 species that were all new for us except the Rufous-tailed. A Magenta-throated Woodstar was a fantastic sighting and our best in terms of  its ‘uncommon’ status, but Lesser Violetear, Violet Sabrewing, Magnificent Hummingbird and Purple-throated Mountain-gem were all lovely to see. Other species seen in the garden included Common Chlorospingus, Slaty Flowerpiercer and Rufous-naped Sparrow. 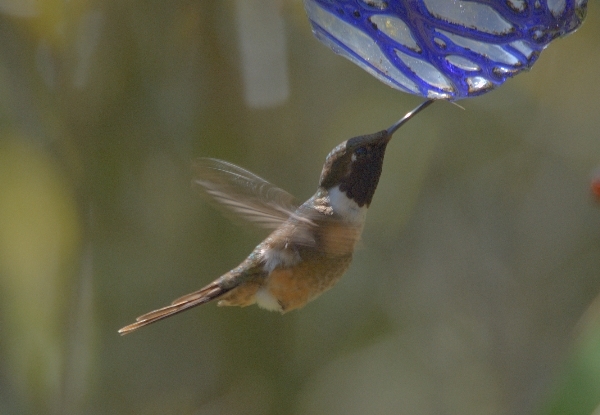 We drove on for another hour and as we entered the Virgin Valley region we stopped at another roadside restaurant that had a deck overlooking a beautiful valley with its quintessential waterfall and a row of bird feeders. We spent two hours there mesmerised by the fantastic volume of birds visiting the site. A few more hummers joined our growing list, Green Thorntail, Coppery-headed Hummingbird (regional endemic) and Green-crowned Brilliant, whilst on and around the bird tables we saw; Silver-throated & Passerini’s Tanagers, Bananaquit, American Redstart and the star bird, Emerald Toucanet. These species joined about 20 others vying for the fruit on the tables it was manic at times. 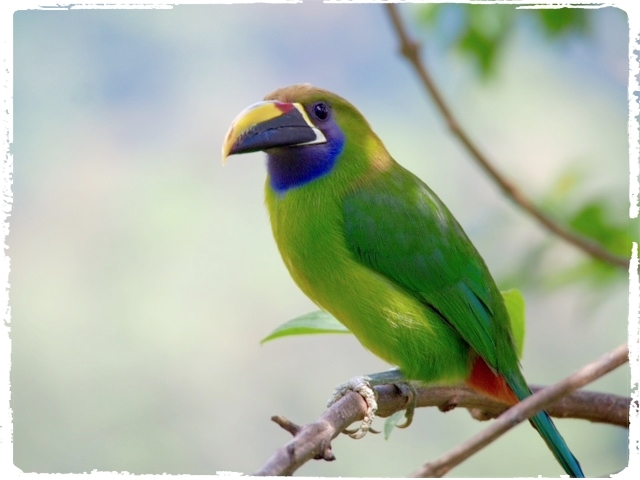 We were served a lovely lunch on the deck before moving further down the valley where we made a couple of roadside stops. A stunning White Hawk turned up on cue far below us in the valley it was a terrific sighting. We also added Tropical Paurula and Common Tody-Flycatcher whilst we were there. Just before we drove off we found three Swallow-tailed Kites also seen drifting below us. 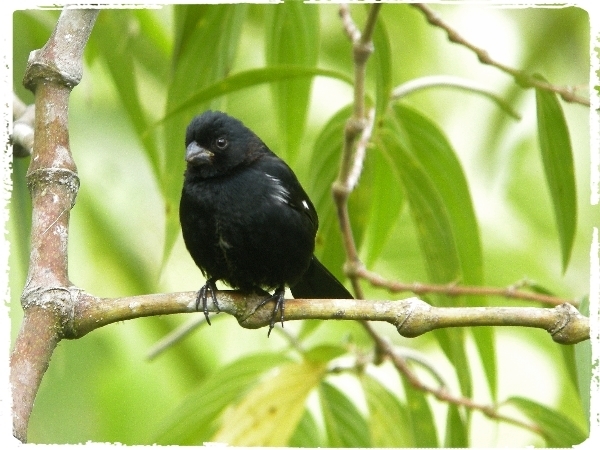 Still further down the valley we turned onto a dirt track that wound its way to the river at the base of the valley, we added another good list of new species to our list as we walked a couple kilometers down to a bridge. I shan’t list them all but sightings came in fits and starts as we bumped into feeding flocks. Tanagers were the main family group with Speckled, Bay-headed, Crimson-collared and Passerini’s, American Warblers were good too, Blackburnian, Chestnut-sided, Black and White, Yellow and Tennessee Warblers were all seen.

Slate-throated Redstart, the superb Red-headed Barbet, Scarlet-thighed Dacnis, Streak-headed Woodcreeper and Tufted Flycatcher were some of the other sightings.

From the bridge we watched Black Phoebe and Black-throated Green Warbler just before we set off. A perched Blue Morpho Butterfly and a Mantled Howler Monkey made up other wildlife sightings. We left the area at 4pm and made skow but steady progress to the Arenal Volcano. 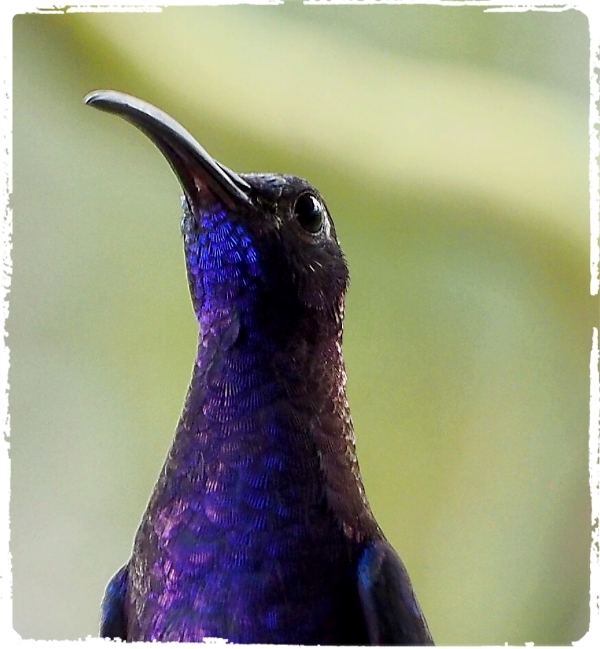 It was dark when we arrived at Arenal lodge, we were tired and hungry so we went straight to dinner, our bird-log  will have to wait until tomorrow!