It was another day without rain, not what I expected from previous years’ experience but I’ll take a dry day anytime. Our early morning excursion was a repeat of yesterday’s, we stood by the river in perfect weather conditions. A Golden-bellied Flycatcher was a new sighting for us but again we dipped on the Sunbittern. It was a most enjoyable morning, a lovely temperature and glorious sunshine. An Owl butterfly was nice to see and some of us saw the Jesus Christ Lizard run across water, a miracle! 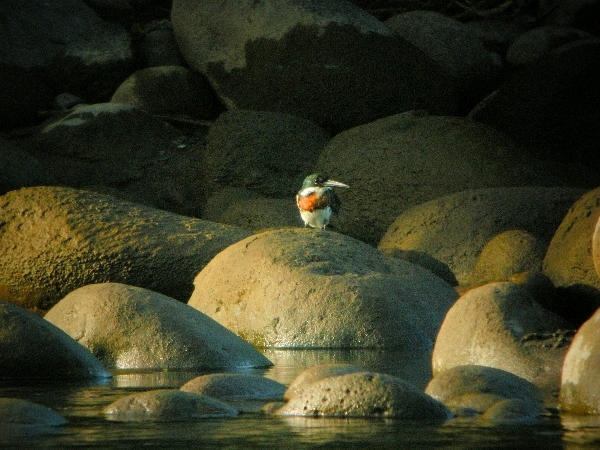 The route to the Orosi Valley meant that we had to pass through San Jose and Cartago so our time had to be right to avoid traffic jams. We limited our birding stops to a minimum so we could travel quicker, at least that was the plan. First we made a roadside stop to look for Nicaraguan Seed-Finch, we saw a probable but not good enough to tick it. Whilst looking we added Southern Lapwing to the list and saw lots of Variable Seedeaters, Blue-Black Grassquit and Eastern Meadowlark.

As we climbed up over the mountains towards the central valley we stopped at a disused Butterfly Farm where the well kept gardens attract a little hummingbird gem, the Snowcap. We spent 30 minutes there watching Green Thorntail, Violet-headed Hummingbird and Crowned Woodnymph before a female Snowcap appeared. Ten minutes later she re-appeared but not the male. 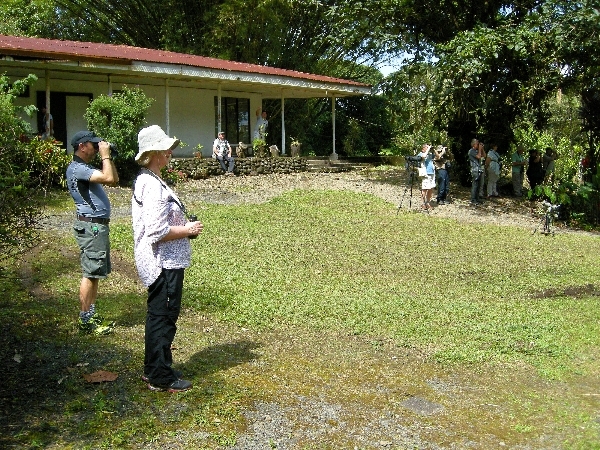 The group waiting for the Snowcap to appear

Just a kilometer up the road is the entrance to Braulio Carrillo National Park that protects thousands of hectares of primary forest. We intended to spend just an hour or so walking one of the forest trails. The birding was hard work with sightings few and far between. A Ruddy-tailed Flycatcher was nice to see and a Nightingale-Wren was all too brief. We had l8nger views of a Striped Treehunter and even better views of a Tawny-faced Gnatwren, that just about sums up our sightings during a 90 minute walk covering 1.6 km.

It was no 12:30 so we made a quick dash for San Jose which didn’t prove to be much of a traffic problem, neither did Cartago. We arrived at our hotel near Orosi at around 2pm so we ate a late lunch before setting off birding in the lical mountains. 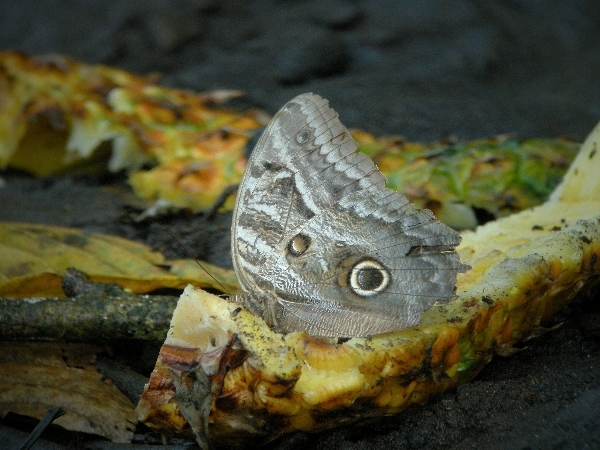 It was 4pm by the time we arrived at the reservoir above Orosi but unfortunately the Water Board were making major alterations and prevented us from reaching the reservoir itself! But the 5km approach track is also a very good birding location so we immediately disembarked and began birding the track.

It took about 30 seconds to locate a bird, a Collared Trogon appeared very close to and two others quickly followed suit. Then an Ochraceous Wren showed well and in the same bush we found a White-naped Brush-Finch, it was whilst we were watching the Brush-Finch that we found a Long-tailed Silky Flycatcher, how amazing was that?

We began walking down the hill in very poor light conditions, the clouds were shrouding the mountain tops and it did become very dull. We managed a few more sightings which included the regional endemic, Prong-billed Barbet. Black-throated Green Warbler and plenty of common tanagers.

The light got too bad so we jumped back onto the bus and returned to the hotel for dinner.