Weather: lovely dry & sunny until around 5pm then light rain

Our earliest start yet saw most of the group assembling at 4:45am in the car park ready for our much-anticipated visit to Tapanti Cloud Forest National Park. It was pitch black as we set off for the 40 minute drive to the park entrance, our first birds seen were Common Pauraque, a type of nightjar, several of them were flushed up off the road as we made our way up to the park.

We arrived at 5:30am just as it was getting light, with our boxed-breakfast in our back-packs we set off on foot for our birding walk. Bird song was coming from all directions, Roy was calling all kinds of species, some of which we had little chance of seeing such as Silvery Tapacula and Black-breasted Wood-Quail. However, with a little patience a lot birds did appear and we enjoyed a few hours of really exciting birding.

Common Chlorospingus was in fact extremely common, almost annoying, as they appeared in all mixed flocks and became a bit of a distraction. Nevertheless, we did get onto seeing a host of other species, some of the names are hard to pronounce never mind to actually identify the bird. Red-faced Spinetail, Spotted Barbtail, Golden-browed Chlorophonia, Lineated Foliage-gleaner, Wedge-billed Woodcreeper, Spangle-cheeked Tanager (what a beauty) and so on. 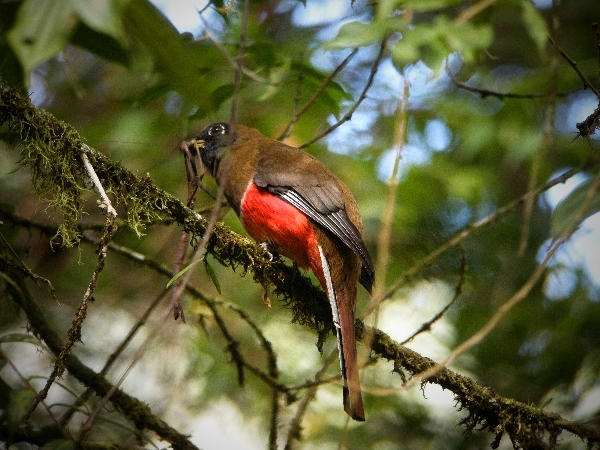 Rain Forest birding is always hard because a lot of birds like the canopy and when a mixed flock of feeding birds passes by they move very quickly. It was easier today because we kept to the central track for the first few hours, it was like walking down a very wide forest glad. Some birds showed very well and even sat still enough for photographs.

A female Collared Trogon sat eating a stick insect which was almost as long as the bird itself, flycatchers are quite obliging too, we saw several including, the tiny Tufted, Yellowish, Dusky-capped and Golden-bellied. Slate-throated Redstart performed well too, so did a number of Tanagers and both the sought-after Barbets, Prong-billed and Red-headed.

American Wood Warblers are always nice to see in their spring finery, we had several sightings, Black & White, Blackburnian, Golden-winged, Chestnut-sided and Yellow Warbler. Only a couple of hummers were found but both were great finds, Black-bellied Hummingbird and White-bellied Mountain-gem. 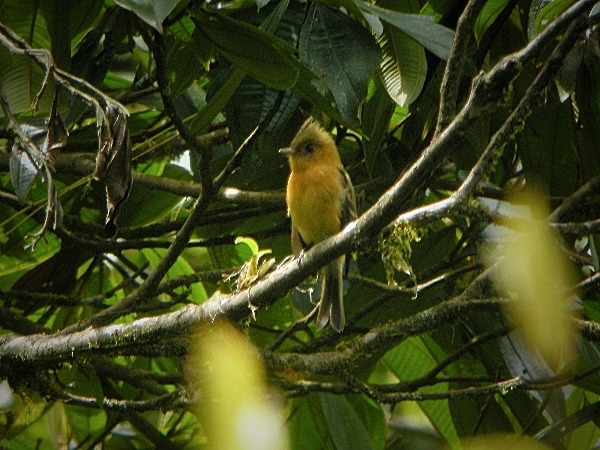 Bird activity reduced as the morning wore on but we still managed to amass a nice list of new species, Black-faced Solitaire, Grey-breasted Wood-Wren, Paltry Tyrannulet, Rufous Mourner, Mountain Thrush and so on. We eventually went down to the river where American Dipper, Torrent Tyrannulet, Black Phoebe, Spotted Sandpiper and a Dark Pewee were seen.

We left the park at 12 noon having covered a tiny fraction of the total area but we had walked for six hours and we needed a break. Some chose to take the afternoon off whilst the rest of us set off at 3:30pm for a return trip along the track to the Orosi Reservoir. It always amazes me how so many different species can be found in one small area. 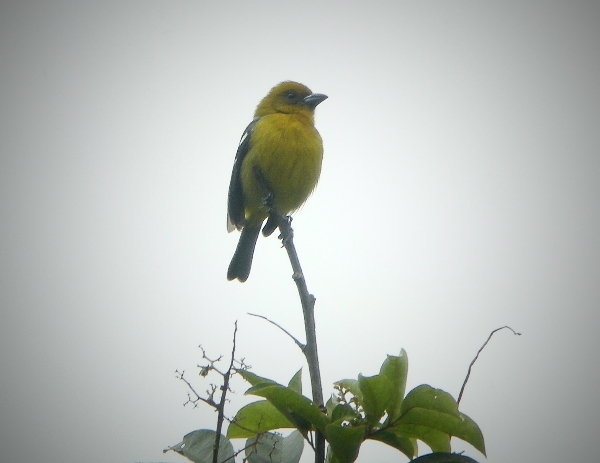 We hardly walked 50 meters and over 20 species were on list! A tanager flock of four or five species included White-winged, Crimson-collared and Spangled-cheeked. We saw Black Guan, Emerald Toucanet, Prong-billed and Red-headed Barbets and we had superb views of the Golden-browed Chlorophonia. Ochraceous Wren, Black-capped Flycatcher and a host of American warblers, including our first Wilson’s Warbler, all went on our list. 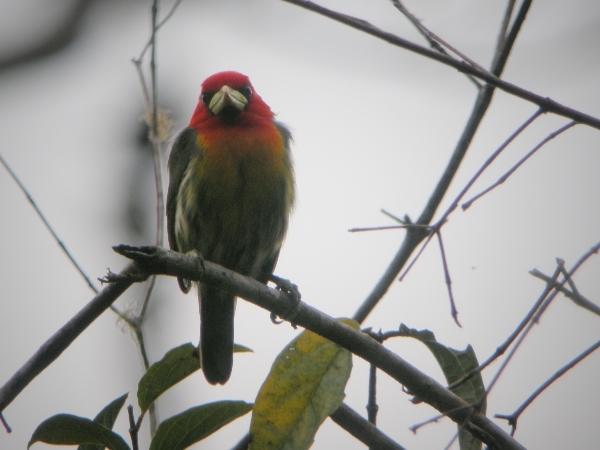 The light finally became too bad to see very well and light rain settled in, so we departed after a most enjoyable visit. Tomorrow we move on to the dizzy heights of the cloud forest, the land of the Resplendent Quezal.