This was to be our final chance to see the Sunbittern, we looked along the river just outside the hotel grounds where several sightings had been made recently. Alas we never saw one but it was still an enjoyable walk as we had many sightings of lots of different species and we added Plain Wren to the list.

After loading up the bus ready for departure we received information from one of the hotel ground-staff that a Sunbittern was calling from one of the pools near the restaurant within the hotel grounds. Well, we dashed up there and OMG we had the most fantastic views of the SUNBITTERN. It was a male that constantly called as it perched in a tree but better than that it flew down to the pool a couple of times to collect nesting material, it was a stunning sight. 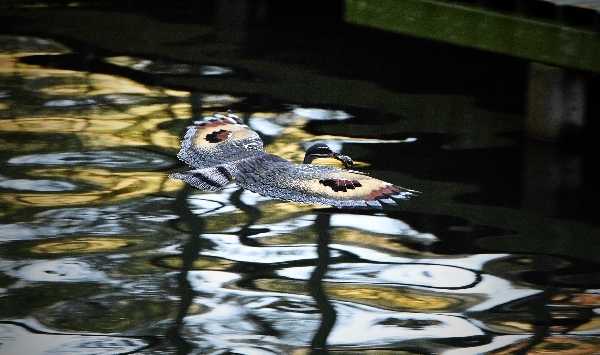 Sunbittern in flight - a cracker taken by Terry Yeomans 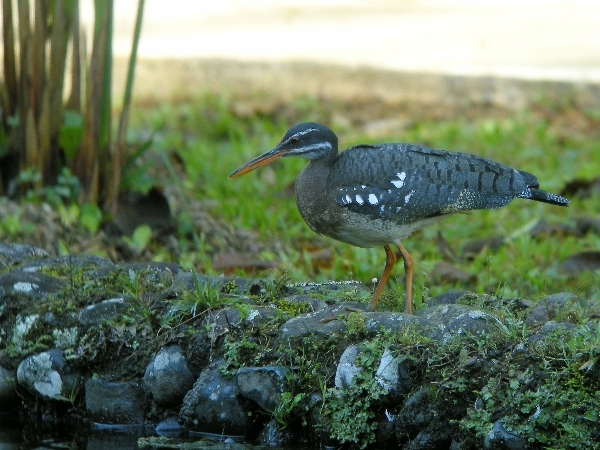 pool-side Sunbittern posing for our cameras

We eventually dragged the group away and set off for the highest altitude cloud forest but first we had a couple of stops planned. First, we spent a couple hours in the area of Ujarras, the coffee growing region, looking for Ground-Sparrows, we did add a few species but not the sparrows. Our first Mourning Dove sighting was followed by our second Mourning Warbler sighting. We also saw Mangrove Hummingbird, also Garden Emerald and Ruby-throated Hummingbird. We visited two coffee plantations and sampled the local brew, lovely! 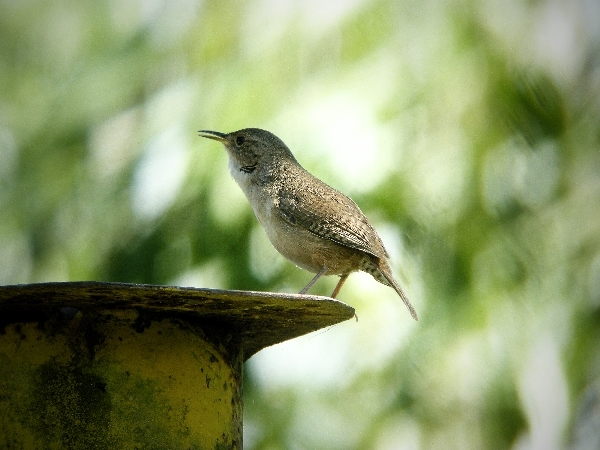 A couple of impromptu roadside stops added Least & Pied-billed Grebes to the list and a superb Red-breasted Blackbird, also a flock of Groove-billed Ani was the first sighting of this species for most of the group. Next, we spent a couple of hours in the grounds of the Hotel Turire, they have a huge lake where a good number of species have been seen during past WINGSPAN tours. 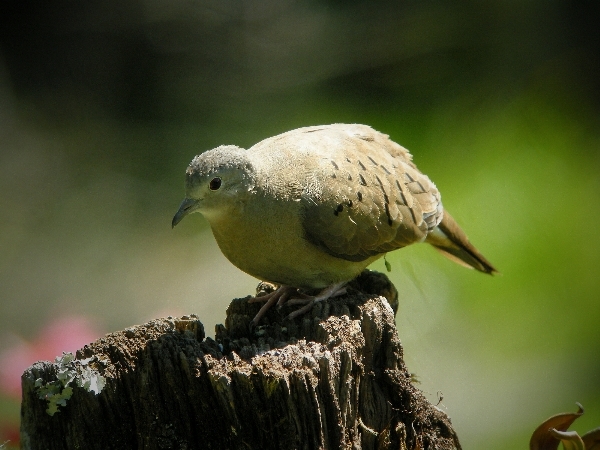 Today was no exception, we added about 15 species to our list and got great views of most of them. I think the Snail Kite went down well as did the Limpkin but Wattled Jacana, Grey-headed Chachalaca, Purple Gallinule, Lesser Scaup, Blue-winged Teal and Great Blue Heron were also enjoyed. Other, none water-based species, were noted such as Tropical Gnatcatcher, Giant & Bronze Cowbirds, Southern Lapwing and a couple of Osprey, Plumbeous Kite and Roadside Hawk. 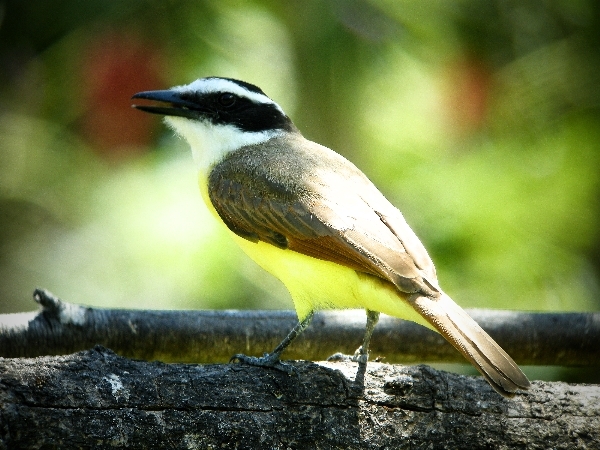 It was no late afternoon and we had quite a way to go and we had to pass through the large town of Cartago. We drove for 3 hours reaching a height of 3000 meters before dropping down into the San Gerardo de Dota valley to our next lodge. It was dark when we arrived so no more birding today. Our list is growing, we added 24 new species today and the total now stands at 284 with 7 days to go.