WEATHER: thick morning fog until about 11am then bright sunshine, top temp. 28C

What a shock as we emerged from the hotel at 6:45am the town was shrouded in a thick mist with visibility down to 20 meters. We still went out for a pre-dawn walk on the edge of town to look and listen for owls and nightjars. We got neither but we made it back to the hotel in time for our breakfast.

The mist cleared a little as we walked along the El Rocio promenade looking into the reed beds for warblers and wildfowl. A Little Bittern was a nice find but that was all we saw until we stopped at the ‘new’ visitors centre where we looked into the tamarisk trees at the egret roost. Night Herons, Glossy Ibis, Cattle Egrets and a Grey Heron were dashing about in the mist. 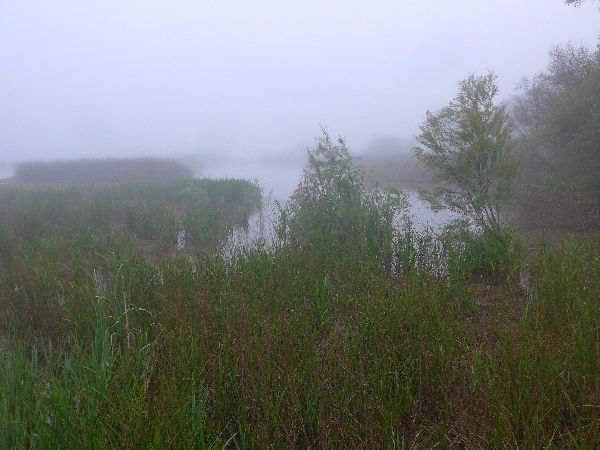 After breakfast we drove across to the Natural Park at La Rocina where we spent the rest of the morning. A series of hides overlook the Rocina Stream and are accessed via a well maintained boardwalk. Apart from Tree Sparrows, Woodchat Shrikes, Common Nightingale, Stonechats and Greenfinches very little was seen during the first hour or so because the mist reduced the visibility down to about 50 meters.

We walked through pine woods and onto the heathland adding a few woodland species such as Blackcap, Garden Warbler, Wren, Common Chaffinch but nothing was seen on the heath.

Around 11am the mist cleared and miraculously birds appeared out in the pools and marsh, Eurasian Spoonbills, Glossy Ibis, Little Egrets, Night Herons, a single Squacco Heron and several species of ducks. Up until now we had heard several Savi’s Warblers reeling from the reedbeds hidden in the mist and now that we could scope the reeds we soon found one, a Reed Warbler was also seen. 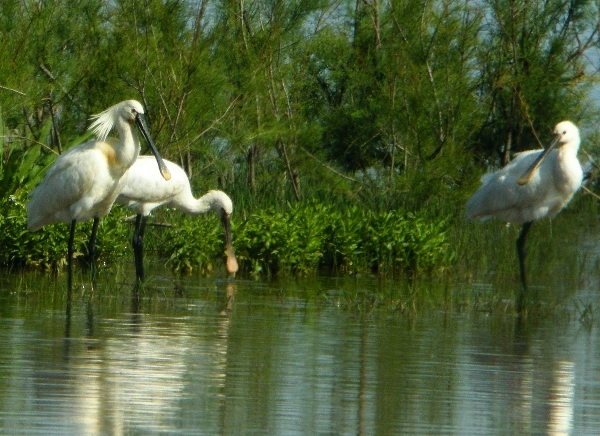 From the Rocina Stream we drove to the ‘ancient’ woodland which is found a few kilometers further into the reserve. We watched several parties of European Bee-eaters along the way and lots of Black Kites were up in the sky. Stopping to view a section of the cistus heathland we managed to find a couple of pairs of Dartford Warblers, Woodchat Shrikes, Corn Buntings and more Stonechats.

In the woodland adjacent to the Palicio de Acebron we found one of our main target birds after a short while. A female Lesser-spotted Woodpecker showed very well for a short time, this was quickly followed by a sighting of our first Melodious Warbler.

Over the next hour we walked a circular route through this beautiful woodland but we never saw or heard our main target species the Wryneck but we enjoyed lots of common species with Serin being the most abundant. With a clear sky the temperature rose significantly and birding became more tasking, so we finished for the morning and drove to the Acebuche Reserve Centre some 8 kilometers down the road. 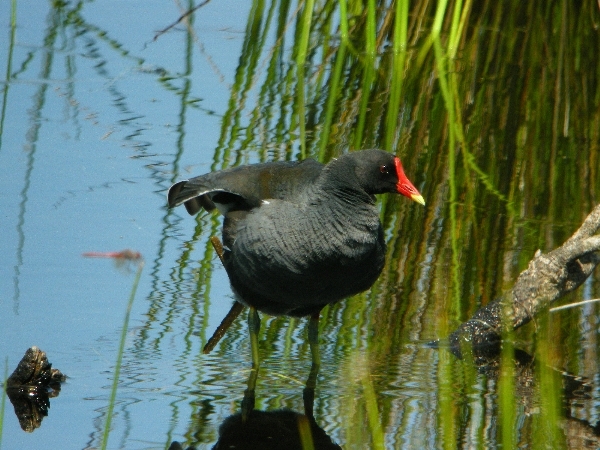 We tried to buy lunch in the reserve centre but it was crowded so we gave up and dashed out to local garage to buy sandwiches and returned to eat them at the picnic site. During our lunch break we noted both Iberian and Eurasian Magpies, also seen was Tree Sparrow, Serin and a couple of Crested Tits.

Our afternoon walk was similar to that of this morning’s we visited a series of hides which overlooked pools of water, scrub and scattered pines. The pools had been absent over the last three years due to lack of rain so It was hard going, not many birds were using the pools and reedbeds were hardly developed. The two Pochard species, Moorhens, Little Grebes, Mallards and not much else was all we saw. 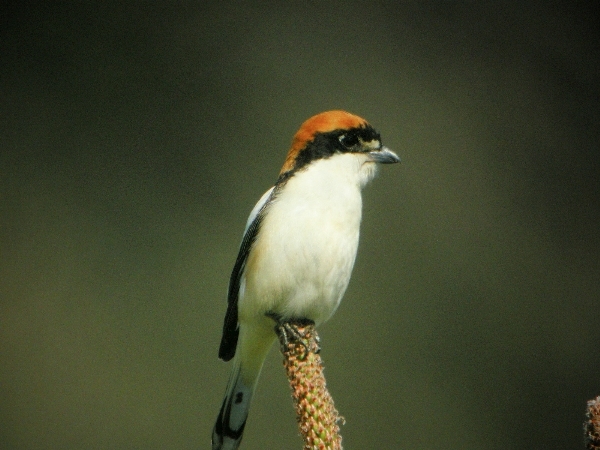 The trees around the pool were in very bad condition, many were dying, a row of White Poplars that usually hosted a number of Golden Orioles were leafless and barren.

We did pick up a few migrant species as we walked from hide to hide, Spotted and Pied Flycatchers, Common Redstart, Yellow Wagtail, Iberian Chiffchaff and more Woodchat Shrikes, also two Green Sandpipers,  but generally it was quiet. 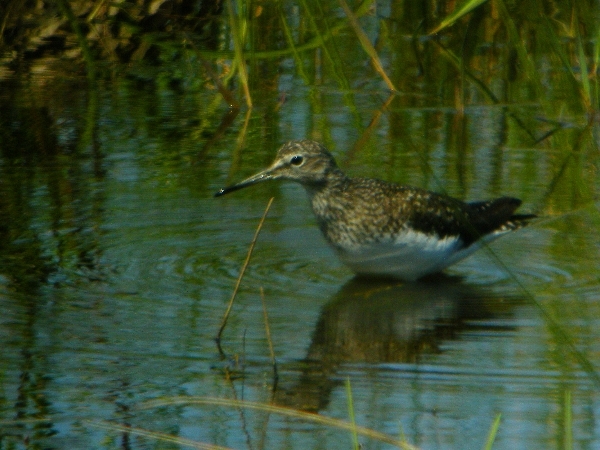 Before we finished for the day we visited the large Laguna at El Rocio, the late-afternoon light was exquisite we could scan right across the water to the far edge of town. About 20 species of birds were present, all of which we had listed yesterday.

Adter another superb dinner on the terrace we made an attempt to see Red-necked Nightjar along the La Rocina track to the Palicio de Acebron. We stayed until dark without seeing or hearing a single bird.