After yesterday’s birding fest in the Doñana Marshes today was always going to be anti-climatic and despite seeing 81 species it did feel that way. We set off just after 8am and headed for the Coast at Matalasañas which took about 15 minute to get there.

The weather was just perfect, fantastic morning light and a light off-shore breeze, as we set up our scopes on the cliffs we looked out over a flat calm sea with long range visibility. Our first significant find was a flock of 11 Common Scoter they dashed passed not too far out, we also saw distant Northern Gannets, lots of Sandwich Terns, a single Audouin’s Gull and lots of Yellow-legged Gulls.

The bird of the ‘sea-watch’ has to be Greater Flamingo, not only was it surprising to see flocks of flamingos out over the sea but the sheer numbers was incredible! Four flocks came passed over an ½ hour period each flock held varying numbers of between 80-200 birds it was an amazing sight. Other species noted was a skua species, a very long way out and a couple of Lesser Black-backed Gulls. 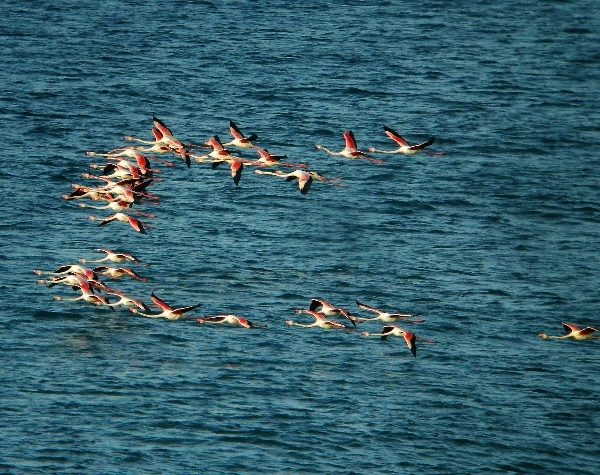 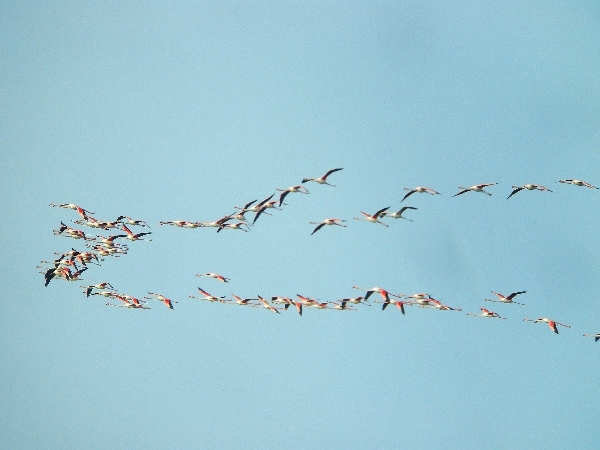 From there we drove directly to Huelva where we stopped on the edge of a huge gas/oil refinery to view a pool near the road-side. We had to stand on an industrial railway line to see the water which seemed pretty much devoid of life. However, a Ferruginous Duck was an excellent find, it was a female and it hung out with a few Common Pochard, a nice bird! We also saw Red-crested-Pochard, Gadwall and a few Common Moorhens and Eurasian Coots.

The salt-pans and marshlands of the Marismas del O’Diel at Huelva are a favourite venue of mine, the number of excellent habitats attract a huge number of birds especially migrating waders. This narrow strip of land runs parallel to mainland Huelva stretching some 30+ kilometers and narrowing to a fine point at the lighthouse, the river O’Diel separates it from the mainland and the Atlantic Ocean is on the other.

It was high-tide when we arrived so we started at the Salt Pans where huge numbers of Greater Flamingos fed in several large ‘pans’, in the nearest pan we noted good numbers of waders which included: Dunlin, Curlew Sandpiper, Ruddy Turnstone, Little Stint, Sanderling, Common Redshank, Common Greenshank, Ringed and Kentish Plovers and Common Sandpiper. A small number of gulls were picking flies off the surface of the water, both Black-headed and Slender-billed Gulls were feeding whilst a single Mediterranean Gull sat on a dirt bank. 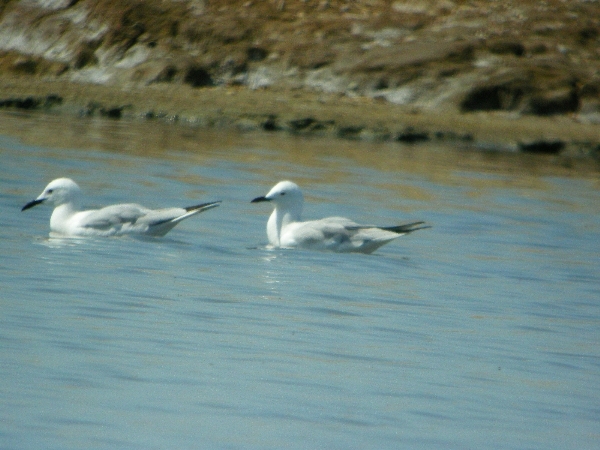 In the distance, where we could see huge numbers of waders, we added Grey Plover, Bar-tailed Godwit and Common Shelduck to the list.

An inlet from the river had a wooden jetty built on it and roosting on this jetty we saw 12 Whimbrel, 3 Bar-tailed Godwits and 4 Ruddy Turnstones. After a quick coffee stop at the visitor’s centre we drove down through the marsh towards the lighthouse we made many stops but the most interesting was to look at the nests of breeding Ospreys. We saw 3 of them and they all looked occupied, this was marvellous and a credit to conservation work considering that not too long ago the Osprey was not a breeding bird in Andalucia!

Several magnificent Montagu’s Harriers were seen, as well as Marsh Harrier and a couple of Black Kites. We passed lagoons and water-filled inlets noting Little Egrets, Grey Heron, Eurasian Spoonbills and Cattle Egrets. Several flocks of Little Terns were found roosting or feeding over the sea where we also noted lots of Sandwich Terns.

After about 15 kilometers the road which had been recently renewed came to an abrupt end, it was closed due to 0n-going work, this stopped us reaching the main gull roost and the breeding area of Collared Pratincoles, such a shame. An impromptu walk to the beach produced some good birds, including, Audouin’s Gulls, a single Caspian Tern and two Black Terns which flew right over us and landed on a sand-bar on the river bank.

Returning to the mainland a little disappointed we headed off to the mainland to buy picnic supplies after which we drove to the large El Portil Laguna. We sat and ate our lunch overlooking the laguna which produced very little because the water level was so high. A single Gadwall, 3 or 4 Little Grebes and a few Yellow-legged Gulls was all we got.

Driving round to El Rompido we noticed that the wind had picked up somewhat, which made searching for birds a little more difficult. At the 36 hole Golf Complex we noted Eurasian Hoopoe, Iberian Magpie, Goldfinches and Yellow Wagtails.

On the Rio Piedras at El Rompido we found a single Caspian Tern, lots of Great Cormorants, Whimbrels and several species of smaller waders. On the Heath adjacent to the river we saw very little in windy conditions, Sardinian Warblers was all we got. A walk in the small pine forest behind us had similar results although we did flush a Stone Curlew and we saw several Woodchat Shrikes along a fence line. 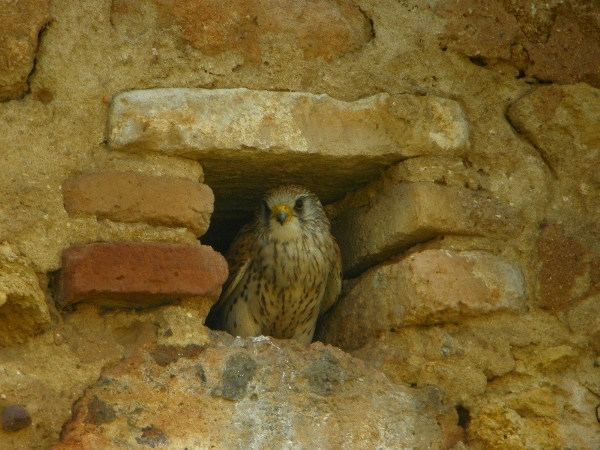 For our penultimate birding venue we visited the large Niebla Castle where apart from enjoying our second coffee stop we watched Lesser Kestrels, Crag Martins, Pallid Swifts and White Storks. Lastly, we stopped to look over the El Rocio Laguna which seemed to hold fewer species each day. We noticed that people were viewing the egret roost from the roof-terrace of the visitor’s centre so we drove round to there just as the centre was closing, this just about summed up our day!