Weather: A cloudy morning and quite windy after 10am. More sunshine later but still very windy, top temp 23C

We had breakfast at our usual time of 7:30am and by 8:15 we had the bus packed and we were on our way to Extremadura. Our first stop was the large reservoir of water at Dehesa de Abajo where we were to make a second search for Red-knobbed Coot. After carefully scanning the water and reed-beds we failed to find the coot but we had some very nice sightings of a lot of other species.

A pair of Squacco Herons were seen twice, they flew right over us at one stage, as did a Caspian Tern. Out on the water we had great views in good light of; 3 species of grebes, Great Crested, Little & Black-necked Grebes, also White-headed Duck, Red-crested Pochard and several other common wildfowl species. A Western Swamphen showed very well from the reeds just before we left. 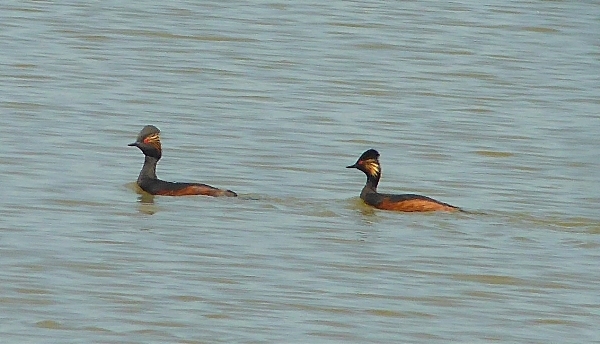 Our journey took us next into the centre of Sevilla where we dropped off Jimmy, he was flying back home later in the day from Sevilla Airport. After some fun trying to get out of the city centre we  headed northward to Mèrida stopping after an hour or so at a road-side restaurant for a coffee. This usual venue produced sightings of both Griffon and Black Vultures, but the windy conditions prevented further birding.

We then drove to Alenge just south of Mèrida when disaster struck! The vehicle broke down in quite a noisy and dramatic fashion just as we reached the centre of the dam! It sounded like the gear box had given up, luckily for us we were just a couple of hundred meters from our next birding destination. 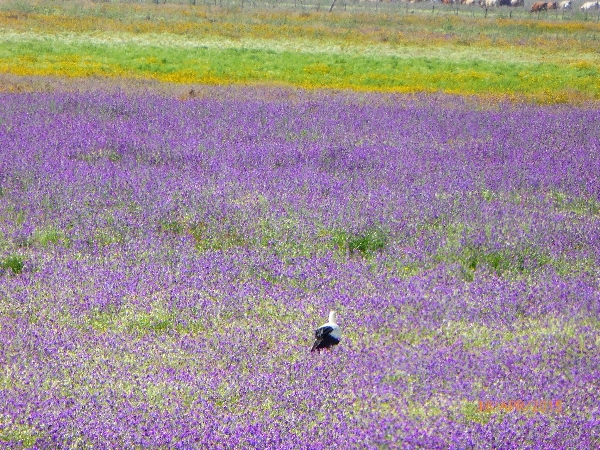 White Stork in flower meadow near the Alenge Dam

So my group walked off the dam and went birding whilst I waited for the breakdown truck. A large colony of Alpine Swifts bred on the dam and Gull-billed Terns quartered the water. The group found several new species for the trip list including: Blue Rock Thrush, Rock Bunting and Black Wheatear, they also saw Crag Martin, Short-toed Eagle and lots of the more common species.

Our bus was undriveable so we got into two taxis that delivered us to our next accommodation, Finca Santa Marta,  just south of Trujillo. After settling into our delightful rooms and a nice cup of afternoon tea/coffee we set off for a birding walk in the grounds of the Finca. A finca is a Spanish working farm, this one has acres of fruit trees and olive groves, the interconnecting tracks are ideal birding places. 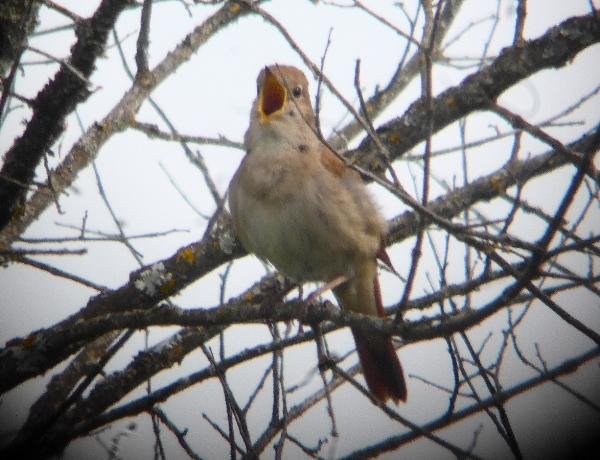 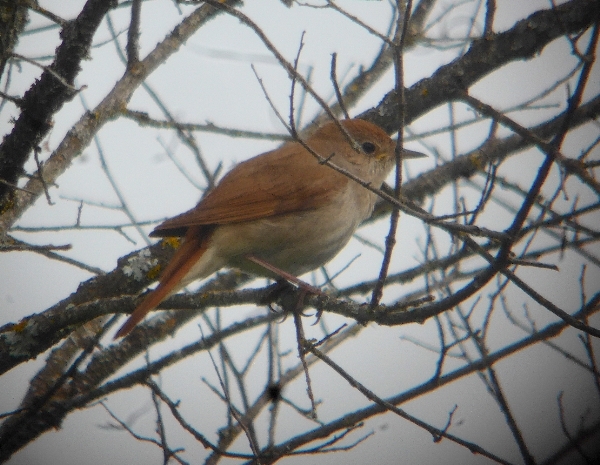 a typical pose of this normally elusive bird

We quickly notched up several interesting species in the nearby track. A Common Nightingale sat out nicely for us as did lots of Serins, we also saw 3 Woodlarks, Short-toed Treecreeper, Sardinian Warbler, Zitting Cisticola, Iberian Magpie, Red-rumped Swallow, Blackcap, Corn Bunting and Goldfinches. In the sky we watched Booted Eagle, Black Vulture, Griffon Vulture and the ubiquitous Black Kite.

At 7:30am we had a relaxing, delicious dinner with local wine and plenty of laughs about our adventure with the bus. Tomorrow our new bus arrives but we have to use a taxi until lunchtime.