Our last full day had arrived and a Scop’s Owl was the first bird recorded today! We had breakfast at 7am and before 8 we had the bus loaded up with our luggage and we were on our way, it was sad to leave Finca Santa Marta we had had a wonderful time there.

Passing through Trujillo we made our first birding stop a little way out of town, we turned onto a little lane and stopped abruptly when a Great Spotted Cuckoo flew across the road in front of us and perched right next to the bus! I had to reverse so that we all could see it. The bird called a few times before flying off to a nearby tree, after parking the bus we all jumped out but we couldn’t find the bird again, what a stroke of luck! We scanned the area immediately around us which consisted of open scrub with scattered trees and rocky outcrops for the next ten minutes. 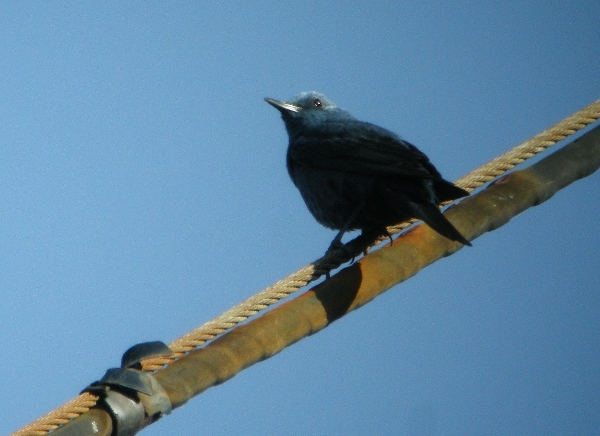 After another 10 minutes we set off again towards Monfrague Nacional Parque the next bird we encountered was in fact a Turtle Dove as one flew across the road in front of us. Our next stop was a few kilometers further on, we dropped down into a wide valley where a large stone bridge spanned the Rio Almonte. We stood on the bridge and scanned the river and surrounding area listing several species including; White Wagtail, Spanish Sparrow, Common Stonechat, Grey Heron, Melodious Warbler, Crag Martin and a host of Griffon Vultures. 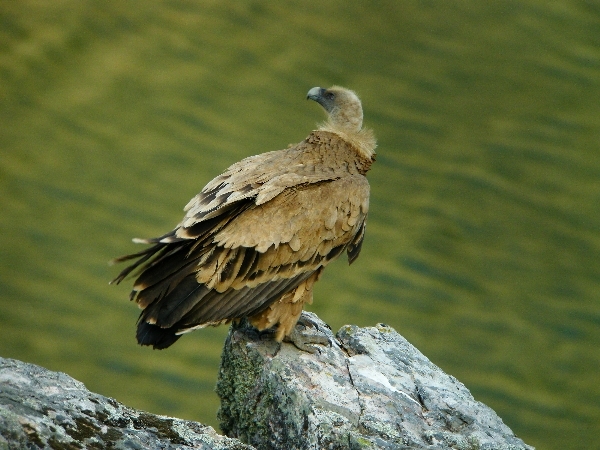 The most iconic bird of Monfrague - Griffon Vulture

We made a brief stop at our next hotel to drop off our luggage before we arrived at the parque. We entered Monfrague Parque and parked just below the Castillo (Castle) de Monfrague which sits on a huge limestone pinnacle, the rock face sheltered us from the cold wind. We scanned the immediate cliff face above us finding Griffon Vultures with chicks on their nests, Black Redstart, Blue Rock Thrush, Serin, Crag Martin, House Martin and Red-rumped Swallows. 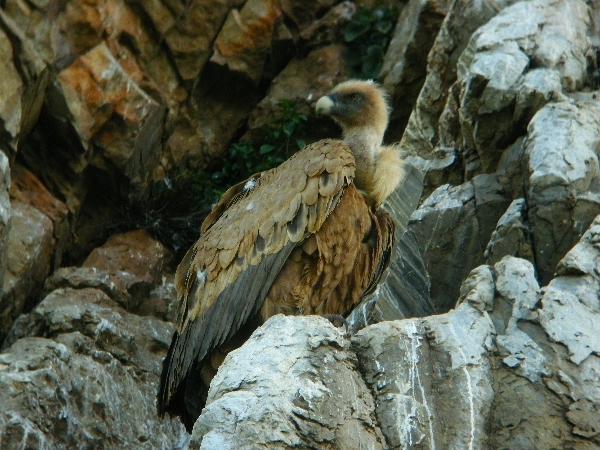 Monfrague is famous for its raptors and vultures, the sky always has soaring birds and today was not exception, dozens of Vultures circled above us, we noted our first Egyptian Vulture with many Griffons and Black Vultures as well as Black Kites. This was to be the pattern of the day, the windy conditions kept small passerines out of sight but the large raptors loved it.

We worked our way through to the centre of the park stopping at the famous Salto del Gitano where hundreds of vultures gather. We had a great time there, a pair of Black Storks were nesting below us on a rocky island in the river Tajo. Rock Buntings and more Blue Rock Thrushes and Black Redstarts were found. 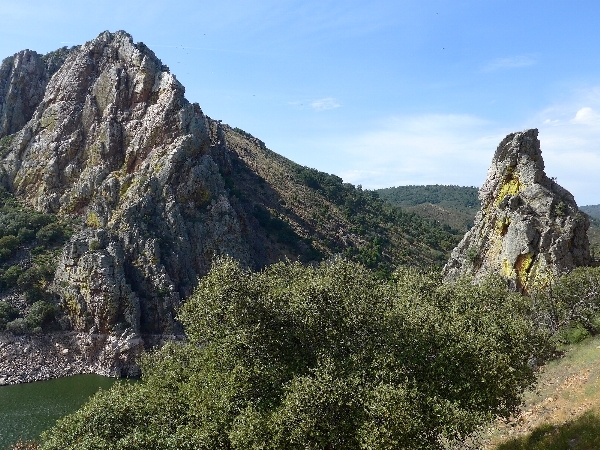 At the small village in the centre of the park we ate lunch before driving on to further ‘miradors’ (view points) but overall the windy conditions kept most small birds down. We eventually arrived at the Mirador Portilla de la Tietar which overlooked a huge rocky pinnacle and where the Spanish Imperial Eagle has breed for many years.

Many people were searching for the eagle, we were informed that the eagle had not been seen all day and certainly not over the last couple of hours. Just as we arrived and set up our scopes an adult Imperial Eagle appeared over the pinnacle, what timing and what luck. We had great views of it, a smashing bird.

Next, we walked through an area of Dehesa (open woodland) where we tracked down several Golden Orioles, they were calling constantly. A couple of Hawfinches made an all too brief appearance as did a small flock of Rock Sparrows of which only I got to see. Generally, the Dehesa was quiet we saw Mistle Thrush, Iberian Magpies, Common Cuckoo, European Bee-eaters and lots of Chaffinches but no warblers or woodpeckers. 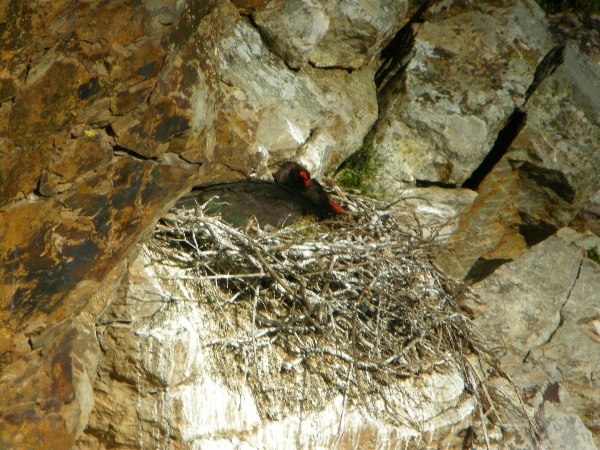 Black Stork on the nest

After a coffee break we set off back through park to try to find a number of species not yet seen, including Bonelli’s Eagle and Cirl Bunting. Our first stop produced a very confiding Rock Bunting but a Subalpine Warbler was quite the opposite. Other stops failed to produce anything new but our second stop at the Salto del Gitano was a wonderful experience as up to 70 vultures were in the sky and many more sat perched on the cliffs, it was an amazing sight in superb afternoon light.

We arrived back at our hotel with plenty of time to get ready for dinner at 8pm. Our bird-log was completed, we now have a list of 176 species, an average record but not unexpected because of the windy conditions.