WEATHER: overcast for most of the morning, brighter later temp 15c

The Embalse (reservoir) at Alcorrin is just a 20 minute drive from Finca Santa Marta, we arrived around 9:30 am the weather was just superb, high light cloud, a nice temperature and no wind. We parked just beyond the dam where could over most of the embalse and the surrounding grassland and scrub.

A small group of Spoonbills sat on an island with both Great White and Little Egrets, Great Crested and Little Grebes were dotted all over the water but very few waders and ducks were seen. Black-winged Stilts, Pied Avocet and Common Sandpiper was all we got. 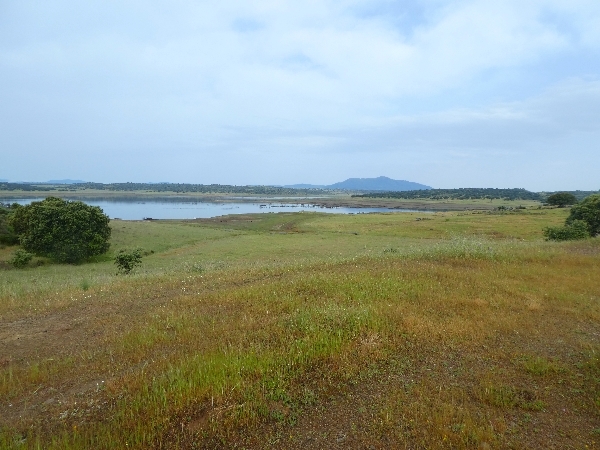 The view we had over the embalse Alcorrin

The scenery was just stunning it was worth the visit just for that! Common Cuckoo and Eurasian Hoopoes called we saw one Hoopoe which came down to feed on the grass just below us, we also saw both Iberian and Woodchat Shrikes, lots of Corn Buntings and Crested Larks.

At the small dam where another pool of water constituted the Nature Reserve we saw a lot more activity. An egret roost held dozens of Cattle Egrets, a couple of Great Egrets and some Great Cormorants. On the water we saw Egyptian Geese with chicks, Mallard, Northern Shoveler and Gadwall. In the reeds both Grey and Purple Herons fed whilst a female Marsh Harrier sat on the reeds. Many pairs of White Storks attended their nests all around the pool and a few White Wagtails dashed about. 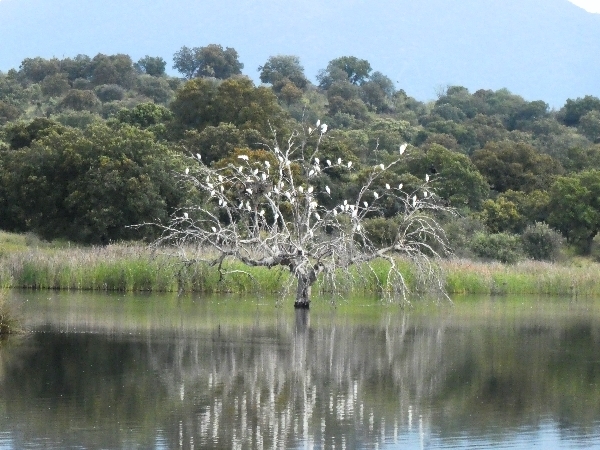 Driving further along the track we past through oak woodland and out into a large open valley, grassland stretched to surrounding hillside, the area was alive with birds. A Common Quail called from very close by and eagle-eyed Sarah spotted it by climbing onto the back of the van. We all got great views of this normally elusive little bird, we could see it plainly  as it called from the grass, a great find. 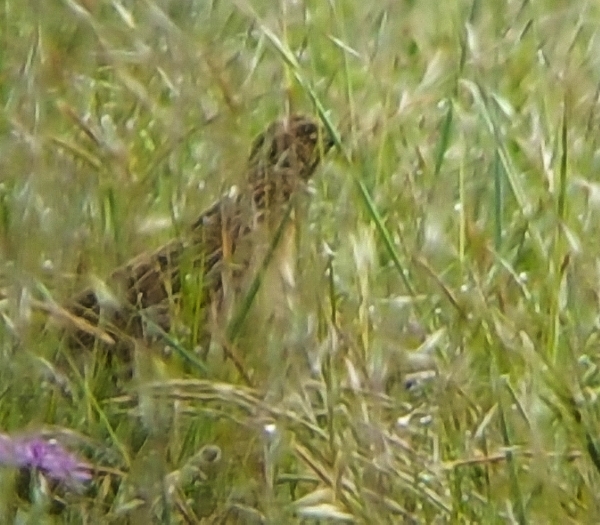 record of the Common Quail

Next, Peter called out a Common Cuckoo which sat on top of a tree on the distant skyline, we had heard many, but so far this was our sighting. More shrikes and buntings sat in the near bushes and the sky was always alive with Barn and Red-rumped Swallows, Common Swifts and raptors. We saw Griffon & Black Vultures, Short-toed and Booted Eagles, the ubiquitous Black Kite, a single Red Kite and Common Kestrel.

After that bit of excitement we drove into Zorita to buy lunch before moving further south to the much larger Embalse called Sierra Brava. There we sat at a picnic table and ate our lunch, the water level was very low and very few birds were on it. A large raft of Great Cormorants could be seen and a few Great Crested Grebes but not much else. Vultures dotted the skyline we also saw Marsh Harrier and a few Lesser Kestrels. 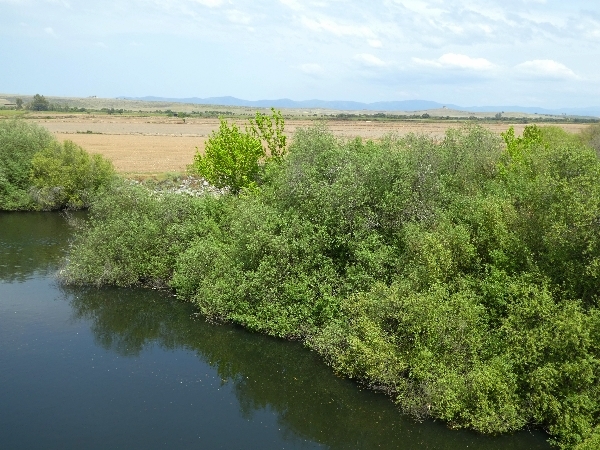 the Rio Pizzrroso where we saw the Little Bittern

Next we drove to the rice fields near Madrigalejo which were a disappointment as all the fields had been ploughed and seeded but ere not yet flooded, as a consequence very few birds were seen. A small flock of the exotic escapee, the Red Avadavat was seen very well and our hour long walk produced some nice sightings in the nearby woodland and scrub. We Tree Sparrow, our first Golden Oriole, lots of Iberian Magpies and we heard Common Nightingale and Cetti’s Warbler. 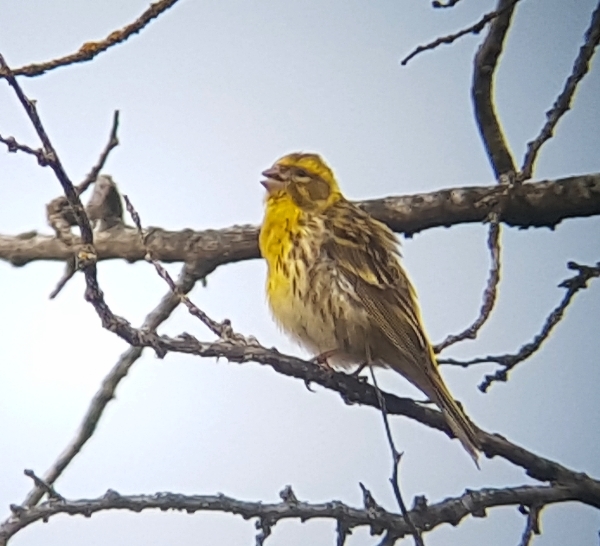 Our first flycatcher of the trip was also noted, the Spotted Flycatcher fed from a tree over the Rio Pizarroso, where we also heard Reed Warbler and we saw Common Moorhen. Walking along a nature trail that was once a train track we saw Long-tailed Tit and Steve found a Little Bittern as we looked down to the river from a bridge. Bee-eaters, more Eurasian Hoopoes and lots of vultures were also seen.

One other sighting as we drove off the rice fields is worth a mention, that was of a single Common Waxbill, a first for some of the group.

The last hour of our afternoon birding bird was spent along the quiet road to the small village of Compar Lugar, we were hoping for a sighting of Sandgrouse. We saw lots of larks, mainly Calandra and Crested but we also saw Montagu’s Harrier and had great views of European Roller.

We returned to the finca a little earlier than usual, I think everyone needed a little R & R. A few of us did walk down the track where we saw Serin, Sardinian Warbler, Common Nightingale, Woodchat Shrike and lots of Iberian Magpies. I performed my daily rescue duties by catching a couple of Marbled Newts from the swimming pool at the finca, there are two or three in there every day. 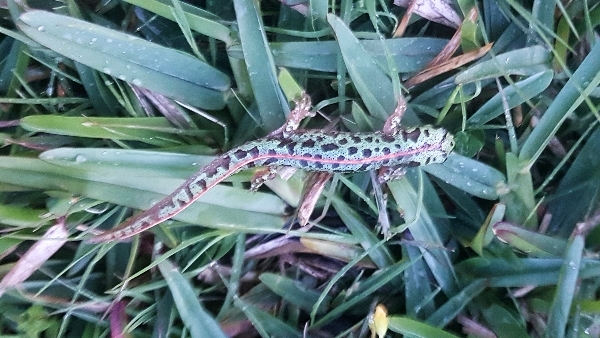