Nigel drove myself, Joe, Cindy and Cheryl from our hotel in Camborne to the dock at Penzance were we met up with Ian, Sarah, Chris and Sheelagh to make the group complete.

The sailing was very pleasant, fairly calm, with light winds, visibility was good. We saw an Eider whilst in the port and then a real surprise was the sighting of an Otter!!

The 2 ½ trip went smoothly we saw a few species but nothing remarkable, the ever present Gannets drifted past and sometimes we saw them diving for fish. Many Auks were seen too, we identified some of them but most were too distant, Guillemot, Razorbill and a single Puffin went on the list. Shearwaters and Skuas were not seen (although some on the ship saw a Sooty Shearwater), we did see a couple of Kittiwakes, very few gulls, Herring and Great Black-backed Gulls. 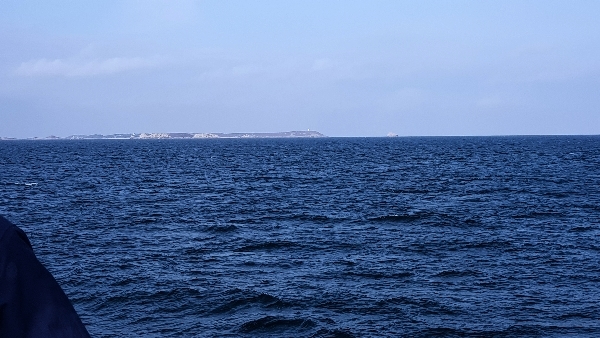 'land Ho!!' We can see St Martins as the Islands come into view

As we reached St Mary’s we added Shag and Cormorant and Black-headed Gull to our sightings and that was it. Once on terra firma again we marched into town, bought our lunch and made our way to our accommodation. At 2pm we reconvened to bin our tour of the Isles of Scilly.

Walking down the hill into Old Town we visited the Church yard and the beach area, were we saw nothing in the former and very little in the latter. A Rock Pipit or two on the beach and a few Oystercatchers and a couple of Turnstones on the rocks.

We searched ‘Standing Stones’ field for a reported Wryneck, but missed it, instead we saw a Siberian Chiffchaff, a few Meadow Pipits and the usual common species.

From the ISSG Bird Hide overlooking the pool on Lower Moors we saw a few Common Snipe, a Bar-tailed Godwit and to our great delight a Jack Snipe. Moorhen and Mallard were the only other species present.

Walk through Lower Moors we got a message that the Wryneck was showing along the road to the airport so we changed our route and headed there. Five minutes later we were searching a garden with 10 other people looking for the Wryneck which did not show once again! Cindy found a small group of Siskins in a nearby tree. 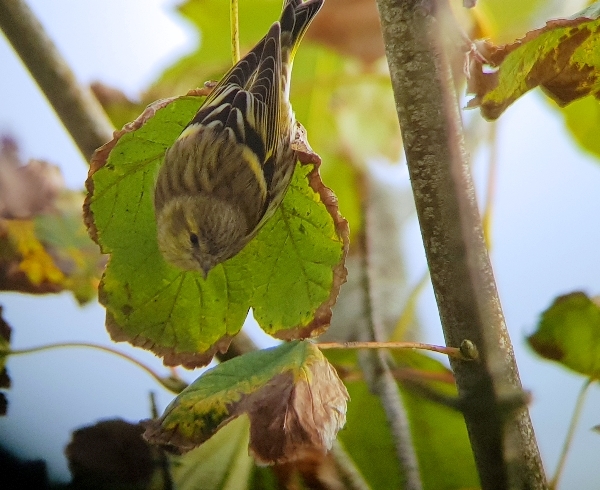 Scanning a nearby field at Parting Carn Farm we saw Stonechat, Common Kestrel, half a dozen Song Thrushes, several Meadow Pipits and a Black Redstart.

We walked back to Hugh Town scanning the beach at Porth Mellon where we added both Cormorant and Shag to our sightings and not much.

We took dinner early because that is the only time slot we could get so, after our Bird Log we were all in bed by 9pm.