WEATHER: light winds, misty to start, light rain until 11am. Dull and overcast all day.

The weather forecast for the day wasn’t too good but we took a chance and got on a boat heading for Tresco. It was wet and windy but not too bad, the landing point was at Near Carn so we had a bit of a walk across open heath to get to the pools.

The rain eased as we set off for the walk we noted Meadow Pipits and a few Stonechats along the way and on the Heliport grass a lot more Meadow Pipits could be seen with a few White Wagtails.

On Abbey Pool a nice selection of gulls sat on the water, Great BB & Lesser BB sat with Herring Gulls whilst a few Black-headed Gulls and a single Mediterranean Gull sat behind them. Gadwall, Mallard and a few Moorhen made up the rest of the species. 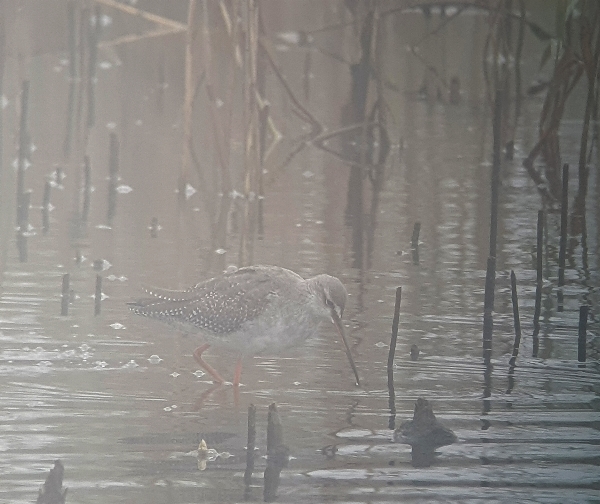 Spotted Redsank in the mist 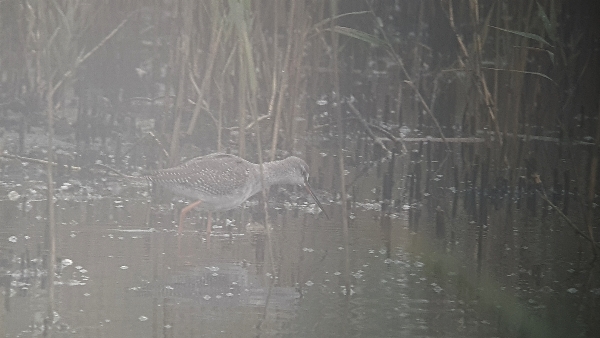 The walk along Great Pool Lane gave us views of the water through the bushes and over the reeds, we saw a lot more Gadwall and Mallards but nothing else. In a gateway to a farm we noted a small flock of Siskins feeding on the ground with Goldfinches and Chaffinches, we also noted Chiffchaff, Song Thrush, Blackbird, Dunnock and Robin. 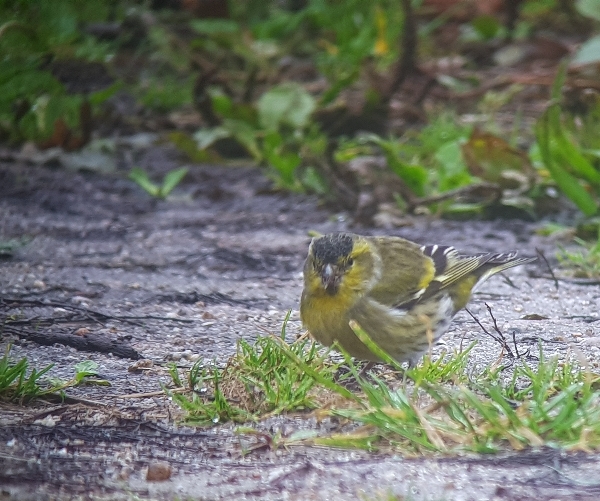 The mist was still quite thick as we sat in the Swarovski Hide overlooking the Great Pool, however our target bird the Spotted Redshank was feeding not 3 meters from the hide, wow! What great views we had of it.

Dozens of Common Coots joined the throngs of Mallards and Gadwall, we also added Teal and Mute Swan to the list, we could just make out Redshanks and Greenshanks and a couple of Common Snipe. We could not see the far bank opposite the hide.

My group were now a little cold and wet so we walked into New Grimsby to find a place to buy a warm drink. We saw Turnstones on the beach and a Grey Heron on the rocks as we walked into town.

After a cuppa Cheryl and I walked back to hide because the mist had lifted somewhat, it was a good decision as we could now see the whole pool. We found the Pink-footed Geese on the far shore and we also got much better views of the Spotted Redshank. 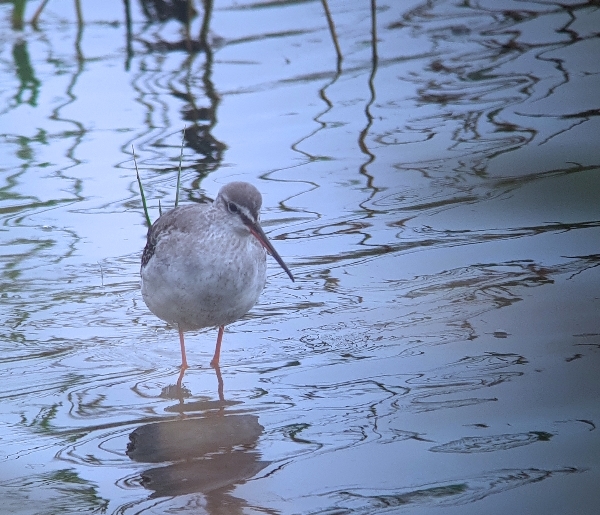 a much clearer view of the Spotted Redshank 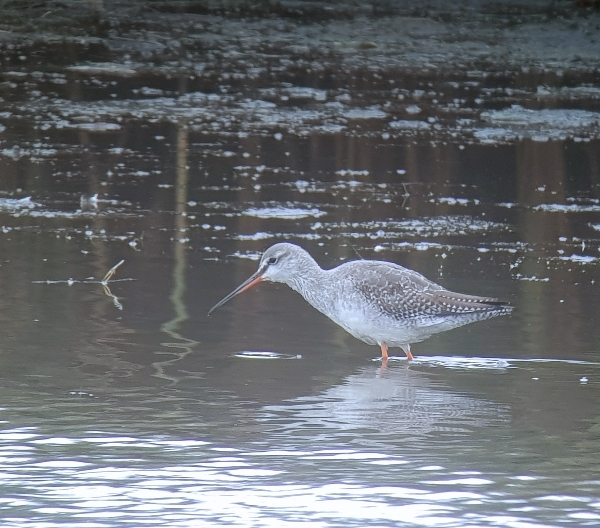 Four of us decided to visit Bryher to look for the reported Bluethroat and the others stayed on the boat and went back to St Mary’s. We had just two hours to walk across the island to where the Bluethroat was hanging out.

As we walked past the Big Pool we noted Mute Swan and two Pink-footed Geese, most probably the pair from Tresco. As we approached Gweal Hill we could see three guys ahead of us watching something in the gorse, Cheryl was upfront and made it to the guys before us. Apparently, the bird was on the track just in front of us, the guys were pointing at it, but we could not see it from where we were, Cheryl got good views standing with the guys. The bird flew up and dashed up the hill into the bracken and gorse, so the rest of us only got flight views. It never came out again! We waited for as long as we could but the bird did not return. 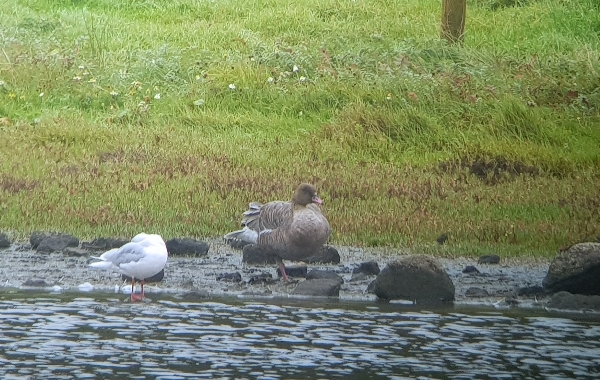 Our journey back was drizzly and calm, the wind had dropped, we saw Sandwich Tern, several Mediterranean Gulls, Shag, Gannet, Oystercatcher and Grey Heron. 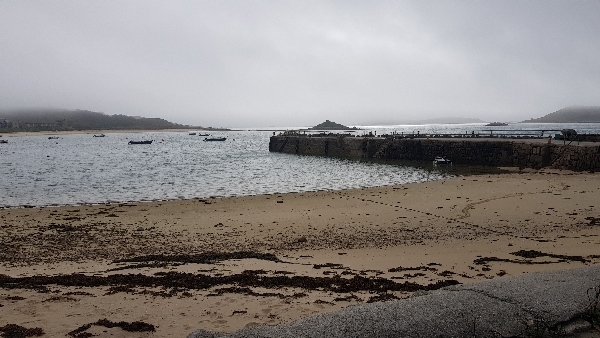 the Quay at New Grimsby, Tresco

We ate dinner in town again, it stayed dry throughout the evening. The wind is supposed to return tomorrow with a vengeance, let’s see what that brings in!